Just days after BOI revealed a similar bill in the Senate
Jun 30, 2011 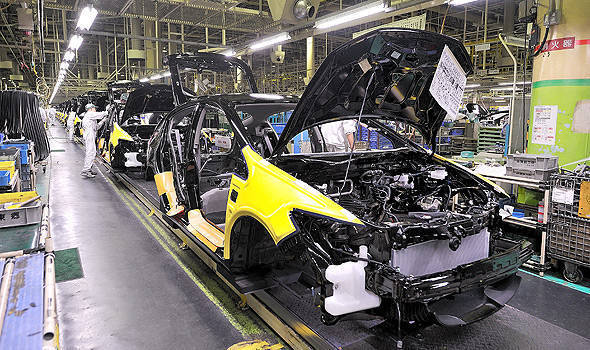 A solon in the Lower House recently filed a bill that would give incentives, both fiscal and otherwise, to car manufacturers and distributors who manufacture, assemble, convert or import hybrid and other alternative-fuel vehicles as part of the government's efforts to address climate change.

Filed by Rep. Hermilando Mandanas of the second district of Batangas, House Bill 4794 or the "Electric, Hybrid and Other Alternative Fuel Vehicle Incentives Act of 2011," proposes that manufacturers and assemblers of completely knocked-down parts of electric, hybrid and other alternative fuel vehicles, be exempt from paying excise taxes and duties for nine years once the Act is passed into law.

Another incentive of the Act is the suspension of the value-added tax placed on the purchase and importation of raw materials, parts and equipment used in the manufacture or assembly of alternative-fuel vehicles, also for the next nine years from the effectivity of the Act. Likewise, the importation of completely built electric, hybrid and other alternative fuel vehicles will also be exempt from excise taxes and duties for the same duration.

Lastly, these alternative-fuel vehicles are to be exempt from paying the Motor Vehicle User's Charge, otherwise known as the Road User's Tax, imposed by the Land Transportation Office.

As for the non-fiscal incentives mentioned in the Act, these include:

* Priority in registration and issuance of a special plate number by the Land Transportation Office;

* Priority in franchise application by the Land Transportation Franchising and Regulatory Board;

* Exemption from the Unified Vehicle Volume Reduction Program, otherwise known as the Number-Coding Scheme implemented by the Metropolitan Manila Development Authority and other local government units concerned; and

* Mandatory provision for parking spaces in new establishments for all electric, hybrid and other alternative-fuel vehicles.

According to Mandanas, who is also the chairperson of the House Committee on Ways and Means, these incentives "will promote the market for cleaner vehicles, paving the way for the realization of having a healthier environment."

Mandanas's bill comes just days after Board of Investment undersecretary Crisanto Panlilio revealed that the Senate is also working on a similar measure.

Let's just hope that both the Lower and Upper Houses fast-track these bills into law.