Ferrari F12 Berlinetta
More often than not, the lavish parties on a Monaco Grand Prix weekend overshadow the race itself. But that doesn't mean the race on Monte Carlo's streets can't hold its own in terms of excitement.

The track has seen its share of spectacular crashes due to the absence of run-off areas and the cars' close proximity to the barriers and the spectators' grandstands. It's been said that if the Monaco GP wasn't one of Formula One's most important and most popular races, it wouldn't even be on the calendar for safety reasons.

The Monaco GP is one of the oldest races, having been around since 1929. The track location just beside the harbor makes it one of F1's most scenic races, with Monaco's hotels and casinos on one side and the harbor packed with luxury yachts on the other.

The 3.34-kilometer track is mostly laid on Monaco's public roads. It is tight and narrow, and it hardly offers any grip, making it a true driver's circuit with technical skill drawing premium over a car's raw power. Thankfully, the lack of grip can easily be overcome with the use of high downforce settings and slick tires.

Race faves
With Jenson Button and Brawn GP on top of the Drivers and Constructors championship, it's no surprise they're the obvious favorites for the race. Rubens Barrichello might also still be chaffing after the change of strategy benefited Button in the last race so he might be looking to one-up the Briton this time around.

However, Red Bull's increasing pace may be a cause of concern for other teams, particularly since the energy drink company is set to race with its own double-deck diffuser this weekend. This race could Mark Webber's best chance of winning his very first GP.

Ferrari can also make a good showing here since the team has been slowly improving this season.
Toyota should also be looking to make good in the race. Its flagging fortunes since the season started have seen the team go from contenders to chumps.

Let's not forget the McLaren team. After all, Lewis Hamilton owned this track last year. On Thursday, Hamilton and Nico Rosberg beat the Brawn drivers during the second practice.

Who takes pole position in a narrow track like Monaco's remains anybody's guess with the qualifying round not taking place until tomorrow. 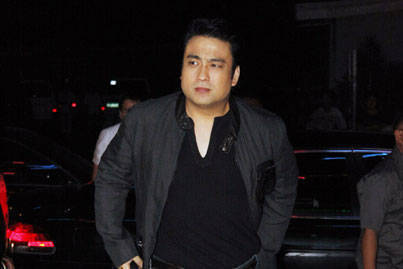 Bong Revilla promotes road safety
View other articles about:
Read the Story →
This article originally appeared on Topgear.com. Minor edits have been made by the TopGear.com.ph editors.
Share:
Retake this Poll
Quiz Results
Share:
Take this Quiz Again
TGP Rating:
/20