Upgrades for competitiveness
by Sharleen Banzon | Mar 18, 2011
CAR BRANDS IN THIS ARTICLE 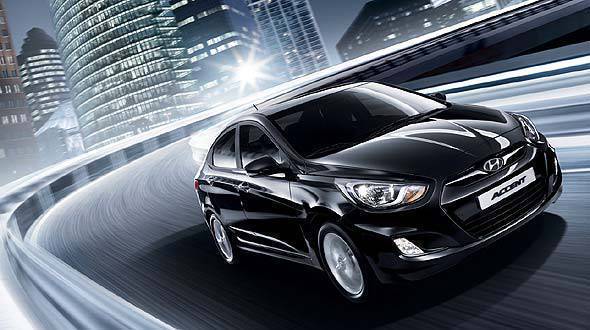 If you weren't a big fan of the plain-looking and anemic 14-inch alloys on the Hyundai Accent's top-of-the-line 1.6 GLS variant, then you're in for some good news: Hyundai Asia Resources has released the final specs of its subcompact contender, and the said variant is set to wear brawnier 16-inchers shod with 195/50 rubber.

Whether or not the Hyundai Accent stories in Top Gear Philippines' Roll-Out and March 2011 installments--which both pointed out this wheel deficiency--had anything to do with the spec revision doesn't matter; at least the issue was addressed, and in a very timely fashion. Apart from this, the 1.6 GLS, the list price of which remains at P808,000, will now feature Bluetooth connectivity plus sports fabric on the seats instead of leather.

Additionally, Hyundai has also announced the addition of the 1.4 GL four-speed automatic variant, making it three flavors all in all for the Accent model lineup. At P688,000, the 1.4 GL automatic adds P100,000 to the manual's price, but also boasts a good deal of additional features: tilt adjustment for the steering wheel; body-color side-view mirrors; a driver-side airbag; keyless entry with burglar alarm; central door locks; and 60:40 split-folding rear seats. Like the manual variant, the automatic rolls on 14-inch wheels, but on alloy ones instead of steel.

As with the previous generation, its diesel variants will ultimately be the Accent's trump card over the competition. For now, though, at least these upgrades will give it a better fighting chance against its contemporaries.

CAMPI assesses impact of Japan quake on Philippine car industry
View other articles about:
Read the Story →
This article originally appeared on Topgear.com. Minor edits have been made by the TopGear.com.ph editors.
Share:
Retake this Poll
Quiz Results
Share:
Take this Quiz Again
TGP Rating:
/20