Our first-ever Geek Issue
Mar 27, 2012
CAR MODELS IN THIS ARTICLE 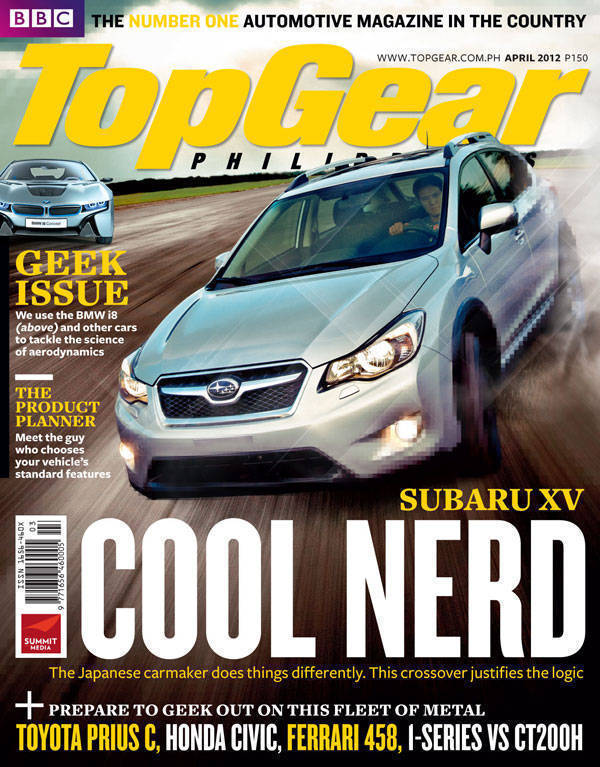 Here's the cover of our first-ever Geek Issue (April 2012). Consider this our tribute to the graduates of 2012, as well as to those brainiacs who count themselves as car enthusiasts. On the cover is the all-new Subaru XV. We get first dibs on the car that's as intriguing in the way it drives as with how it looks.

Other highlights of the issue:

* The science of aerodynamics;

* The job of a product planner;

* The Ferrari 458 Italia, driven and examined at Clark International Speedway; and

* A comparo between the new BMW 1-Series and the Lexus CT200h.

Oh, there are also the Chevrolet Orlando, the Lexus LF-LC, the Nissan Navara Tech Xtreme, the genius behind the Nissan GT-R, and the geeks of Sim Racing Pilipinas.

Get your copy of the Geek Issue at your favorite newsstands, still at P150.

Bangkok 2012: ASEAN launch of the all-new Ford Focus
View other articles about:
Read the Story →
This article originally appeared on Topgear.com. Minor edits have been made by the TopGear.com.ph editors.
Share:
Retake this Poll
Quiz Results
Share:
Take this Quiz Again
TGP Rating:
/20