by Patrick Everett Tadeo | May 5, 2010
CAR BRANDS IN THIS ARTICLE 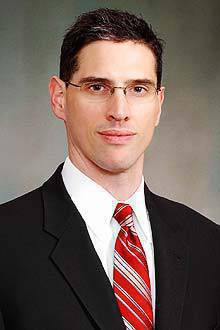 Ford Group Philippines has welcomed its new president, Randy Krieger, as Rick Baker moves to China for a new assignment.

Krieger, who has been with Ford Motor Co. for 24 years, will sit at the helm of Ford Group Philippines starting June 1. He is currently the president of Ford Japan.

"Randy's proven leadership and experience in the Asian region will be instrumental in helping continue to grow our business in the Philippines," Ford ASEAN president Peter Fleet said in a statement. "The Philippines is an important and vibrant market for Ford in the Asia Pacific and Africa region, and Randy will lead the continued implementation of our One Ford plan to deliver world-class Ford products and services to Philippine consumers, including the upcoming launch of Ford Fiesta."

Krieger said he will spend his first few days familiarizing himself with the Philippine automotive market and Ford Group Philippines.

He has also set his eyes on the successful launch of the much-awaited Ford Fiesta, which is expected to be launched in the second half of the year.

"The Fiesta will be Ford's very first product in the B-market segment, and with Ford being known primarily as a truck and SUV manufacturer, we're looking forward to letting people know that we can also be competitive in that segment, primarily since we will be the first in the ASEAN market to get the 1.6-liter Ford Fiesta with a six-speed, dual-clutch Powershift automatic transmission," Krieger told TopGear.com.ph.

"He also told me that the people behind Ford Group Philippines are very, very good at their job and I'm really looking forward to getting to know the team better," Krieger said.

Baker, who served the Ford Group Philippines for three and a half years, is optimistic Krieger will likewise do well in managing Ford's local unit.

"He's been with Ford since 1986 which means he's been around the block so there's really not that much I can advise him," Baker said. "I'm sure he'll do a really good job and he'll continue to bring Ford Group Philippines to even greater heights, especially with the launch of the Ford Fiesta sometime this year."

Asked about what he thinks is his greatest legacy with Ford Group Philippines, Baker modestly said it was more of him being in the right place at the right time.

BMW overtakes Toyota on list of most valuable brands
View other articles about:
Recommended Videos
Read the Story →
This article originally appeared on Topgear.com. Minor edits have been made by the TopGear.com.ph editors.
Share:
Retake this Poll
Quiz Results
Share:
Take this Quiz Again
TGP Rating:
/20