Eight new vehicles in the past year fuel growth for Ford Group Philippines
Sep 4, 2009
CAR MODELS IN THIS ARTICLE 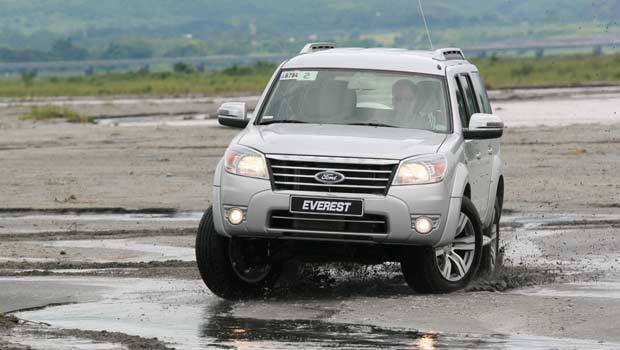 "Our product portfolio now boasts of new and significantly freshened vehicles that are class-leading in quality, fuel-efficiency, safety and value. Our sales results reflect that our Filipino consumers continue to appreciate Ford's efforts to produce vehicles they want and value," Baker said in a statement.

The new Ford Everest is one of manufacturer's bestsellers with 324 units sold a month within its launch in June. This figure is 80 percent higher than the Everest sales in the same month last year.

"Notably, June sales of the Everest were Ford Philippines' highest single month sales for any nameplate since the company started operations over a decade ago," Ford Philippines said.

Ford Philippines, the country's sixth largest car company, hopes to sustain its sales momentum with the help of new dealerships in key cities nationwide. It is also aiming at opening dealerships in Subic, Balintawak in Quezon City, and Marilao in Bulacan.

Fisichella to drive for Ferrari
View other articles about:
Read the Story →
This article originally appeared on Topgear.com. Minor edits have been made by the TopGear.com.ph editors.
Share:
Retake this Poll
Quiz Results
Share:
Take this Quiz Again
TGP Rating:
/20