A ragtag group made up of members from Ford Club Philippines, Tuason Racing School, Miata Club, MazdaTech Club as well as a tandem from the media, the Ford/Mazda Team brought home seven of the 30 awards at stake.

"We really prepared for this event," said Anika Salceda, Ford Philippines assistant vice president for communications. "We had a team briefing a week ago to strategize. We discussed which team should do better at which stage, so you can say that all our hard work paid off."

Ford's car number 59, a 4x4 Ford Escape driven by Ace Valenzuela and navigated by Jason Gallardo bagged the award for getting the most precise time in one of the stages of the competition.

In the end, the pair said they just had fun.

"We didn't take the race too seriously," Gallardo added. "Every time we saw a cute girl, we honked the Escape's horn at her. We hardly used the stopwatch and we didn't even get to use the calculator, the pencil, and the pad. We just had fun."

STV set a milestone in Philippine motorsports history as the Auto Rally Corporate Challenge gathered 63 cars mostly provided by the country's major manufacturers and distributors to join the race.

Automobile Association of the Philippines motorsports chairman Mandy Eduque said the total cost of all 63 cars would amount to roughly P155 million, making it the most expensive starting grid ever assembled in Philippine motorsport.

"Like all of the ventures of STV, expect this to be a yearly event that would last a long, long time," STV chairman and chief executive Ray "Butch" Gamboa said. 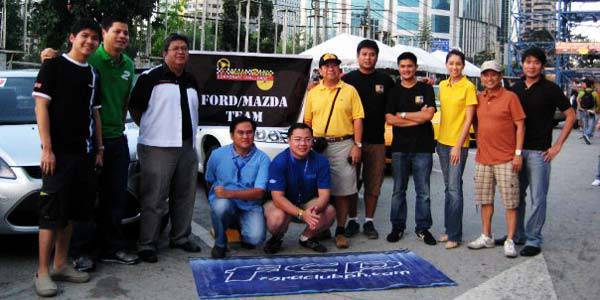