Sign of happy days ahead for local motorsports?
Aug 28, 2012 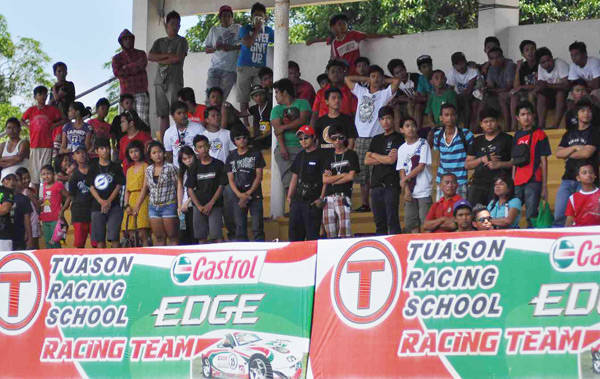 Last Sunday, August 26, Tuason Racing School staged "TRS Raceday," described as "the Philippines' grassroots motorsports festival," at the Batangas Racing Circuit. The event featured the opening leg of the TRS Cup's 2012 season as well as the Bridgestone Cup, among others.

It's always a happy development whenever a racing event is held locally, because it means that Filipinos' love of car racing is alive and kicking. But the most telling indication that local motorsports may be ready for another revival is the fact that last Sunday's event was well-attended, according to TRS head and professional race driver JP Tuason.

"We've never had a crowd like that in Batangas in years," Tuason told TopGear.com.ph.

In Tuason's estimation, the spectators at BRC last Sunday numbered around 1,500.

"And they were all paying spectators," Tuason pointed out. "In Asian Formula 3 before, we'd get roughly the same size of crowd, but those people were just brought there by the AF3 organizers."

Of course, if someone is willing to travel to Batangas and then buy tickets to watch the races--instead of being merely brought to the racetrack--the obvious implication is that he/she is genuinely interested in car racing.

So, do you think motor racing has potential to be a successful (and profitable) spectator sport in the Philippines?