City
CAR MODELS IN THIS ARTICLE 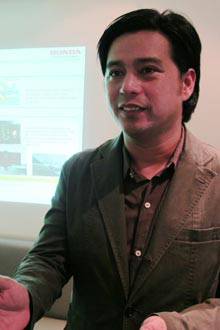 Honda Cars Philippines announced its second recall this year, this time to replace the power-window master switch in the Jazz, City and CR-V.

Here's an excerpt from Honda's official statement regarding the recall:

The silicone component commonly found in air fresheners or automotive cleaning agents, etc. enters into the power window master switch. This accelerates wear in the contact area and over time, wear particles accumulate between the power source and ground of the unit switch. The resin material of the unit switch is then heated and carbonized. This may cause smoke and in worst case, partial burning of the window switch cover. No accidents or injuries have been reported related to this defect. With the total safety of Honda vehicle users as priority at all times, HCPI is taking this voluntary recall to replace the power window master switch assembly of affected units.

"The problem manifests over time and accumulation of the particles takes time. We had to get cases in other countries to establish a pattern," Gonzales added.

Now that Honda has found the problem, a global recall has been made in different markets, including the Philippines.

Following today's recall announcement, Honda Cars Philippines will start its information campaign on September 6 by sending letters of notice to clients who have purchased the affected Jazz, City and CR-V units.

Honda Cars Philippines is also requesting clients to call their respective dealers or the Honda Hotline at 1-800-1000-HONDA (46632) or 02-857-7240 to make an appointment for the part replacement. Clients may also visit Honda's website, www.hondaphil.com, for inquiries and scheduling details.

Honda will replace the power-window master switch assembly in affected units--a process that will take no more than 30 minutes--free of charge.

Not sure if your vehicle is affected by the recall? Check the table below for details.

One last note from Honda: Owners of Jazz, City and CR-V models not included in the list above have no reason to worry since the affected parts are of different specifications. Other Honda models such as the Civic, Accord, Pilot, Odyssey and HR-V sold and distributed by Honda Cars Philippines Inc. are likewise not affected.

Ford's Facebook followers to get first updates on Focus ST
View other articles about:
Recommended Videos
Read the Story →
This article originally appeared on Topgear.com. Minor edits have been made by the TopGear.com.ph editors.
Share:
Retake this Poll
Quiz Results
Share:
Take this Quiz Again
TGP Rating:
/20