The former AMG boss also talks about the upcoming all-electric Aston sports car
by Jack Rix | May 12, 2021
CAR BRANDS IN THIS ARTICLE

Mr. AMG is now Mr. Aston Martin. Nine months into the top job, Tobias Moers is ready to reveal his masterplan to solve all Aston’s problems… again. We caught up with him to find out how it’s going.

Top Gear: Have you driven the Valkyrie yet on the road?

Tobias Moers: I have, it’s good, ride comfort is pretty good, it works well. The seating position is very special, quite similar to another car I know…

Speaking of which… you’ve left behind the Mercedes Project One, and inherited the Aston Martin Valkyrie. Which gave you the biggest headache?

The diplomatic answer to that is quite a challenge! There’s a huge difference, you can’t compare them because the Project One is not a normal car, but it’s more traditional—the drivetrain is the unique thing. With the Valkyrie, the V12 is the more traditional bit, even if it revs over 11,000rpm, but the gearbox and the electric motor is a very special challenge, and the car itself, it’s more of an aircraft than a car.

What was it about the job that attracted you?

Lawrence [Stroll] asked me to join him on a journey, and sometimes in your life you have to ask: “What’s next?” Aston Martin is a brand I love, it’s well known, but the definition of the brand, the products behind the brand, there’s so much room for improvement.

He must have liked the synergies between Mercedes and Aston?

It wasn’t the reason he e-mailed me. Who can fix this, who can run a turnaround program with Aston, who can build the product strategy for the future? Those were his questions. Is it beneficial that I know Mercedes’ tech department quite well? Yes, for sure.

When you took over in August last year, what was the state of the business? Was it a bigger job than you thought?

It is two jobs in one. The first is how to turn around a business, because, in terms of efficiency, Aston has not been in a good place. Manufacturing, how we run our operational exercises, there were a lot of things to fix. The company used to run two assembly lines, we shut down one. It’s not linked to missing volume or anything, it was just not right. Now all the cars are on one assembly line: DB11, DBS, Volantes, Coupes, Vantage. We had 70 stations, so working capital was very high, now we have 23. It’s pure cash.

Sounds like you’re surprised by how much of a difference you could make so quickly?

Yeah. We’re talking about 30 to 40% efficiency across the business in operations, minimum. In some areas even more. It’s hard to explain, because in the automotive industry, you talk about 2, 3, 4% savings as being good.

Part one is streamlining, part two must be the product plan? Let’s start with the mid-engined cars…

You know about the Valykrie, Valhalla has changed to a different powertrain… plug-in hybrid.

V8? This is where you can leverage Mercedes’ powertrain technology…

Yes, so it’s plug-in hybrid, all-wheel drive, this is what we’re working on. Electrified front axle and combustion engine at the rear in combination with an electrified gearbox. That’s a shared drivetrain for the future with the next Vanquish.

How do you differentiate Valhalla and Vanquish if they have the same powertrain?

They are different cars, the Valhalla has a carbon platform, the Vanquish is aluminum. Valhalla will look different from how it used to, to the model we had in Geneva in 2019, it’s a very bespoke car, still very low seating position. Vanquish is more the all-rounder, with a really high-performance level but the gentler, mid-engine program. 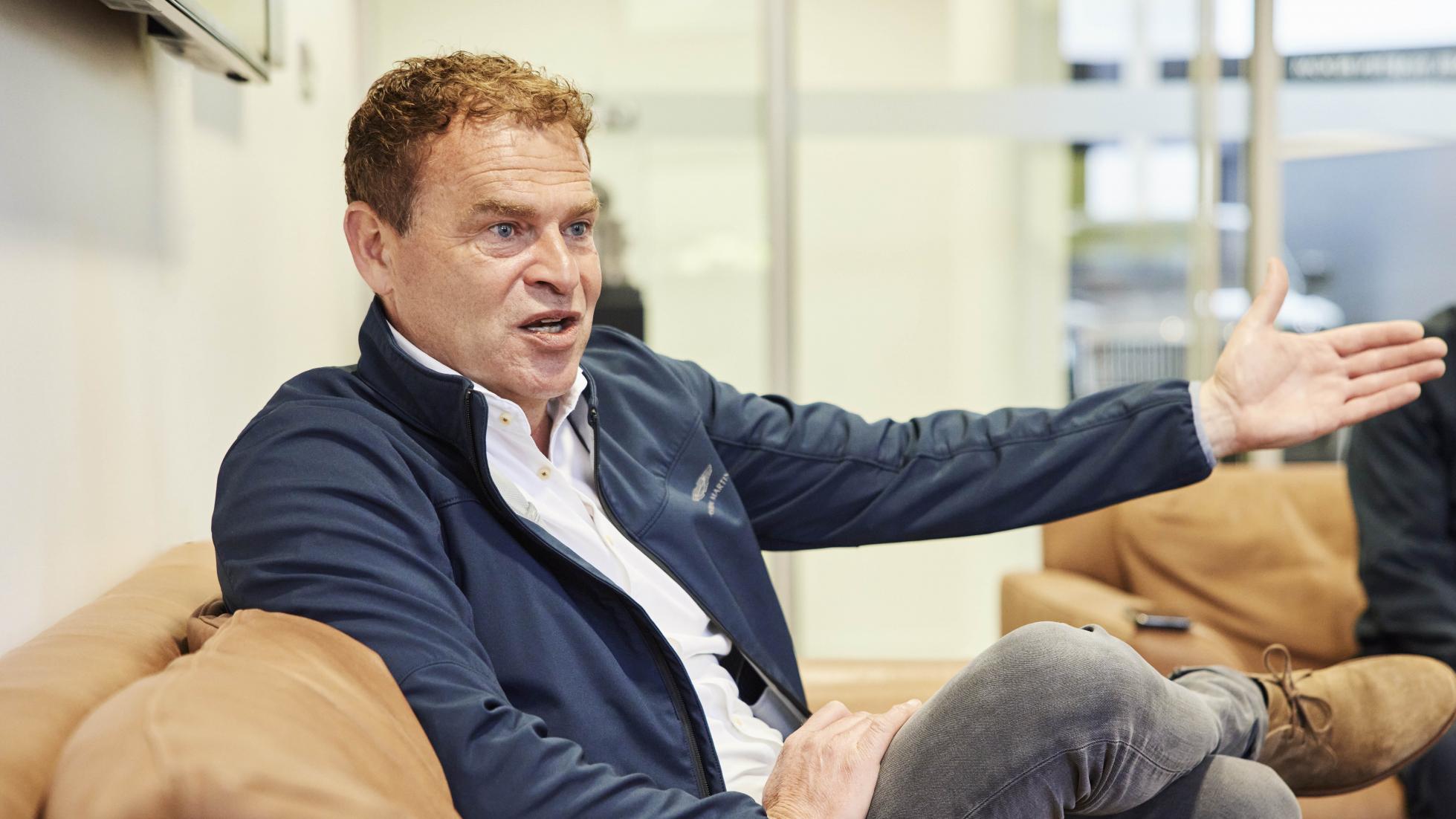 What’s the plan with the Lagonda brand?

Lagonda has been everything—the most luxurious brand, the electric drive brand. At the moment, we know what we’re going to do with it, but we’re keeping that to ourselves. It’s definitely not a bespoke electric drive brand, because that makes no sense. Do that and you have to bring a new brand to life, you have to explain it, you have to market it. At the end of the day, you have to look at the main brand, and that’s Aston Martin. The idea of it being a luxurious brand, is not so wrong. The perception now that Aston Martin has a works F1 team is we are sportier than ever, so there’s room for more luxury.

Is a Le Mans program something you’re interested in?

We could probably do better in customer racing in the future, a mid-engine program gives you a bit more leverage, but the Le Mans hypercar class? I’m not so sure. At the end of the day with a balance of performance, everything is linked to the slowest car. That’s the truth. At the moment we need to pick our fights, get the company in a better place financially, stop bleeding cash, build a sustainable future.

Do you need to increase sales of Vantage and DB11 to do that, or can you rely on the DBX?

No, I’m more than happy with the orders on sports cars. It’s much more than I thought. We had 3,000 cars in stock last year, and now we’ve cleared the ground. There was always a gap between wholesale and retail, always. That drives up discount. We cleared stock now, almost everywhere.

Yeah, but with a different approach in the future. So, we’re working at facelifts for these cars. They’ve aged, there’s not enough tech in there, they’re not connected, all these things are going to happen. There’s definitely room for a broader portfolio with two doors and 2+2, there’s even probably room for a halo car in that segment as well. 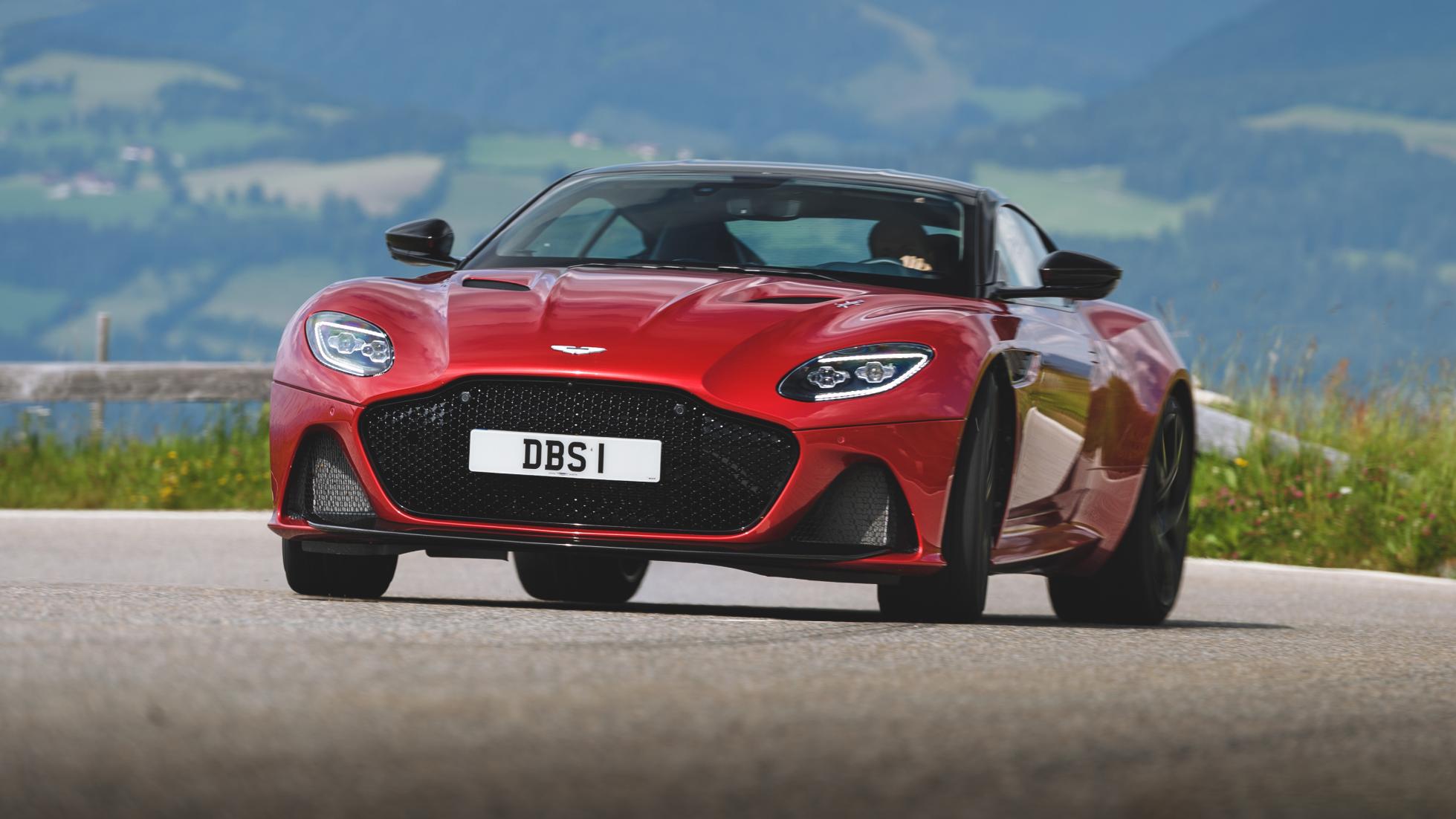 Electrification, then. How do you feel about it?

I’m totally in with it. Everything that you hear is wrong. There’s a rumor that I walked out of a board meeting at Daimler over AMG’s four-cylinder hybrid, that was me! That was my idea. I brought that to life.

So you see lots of opportunities for exciting, electrified Aston Martins?

Yes, absolutely. For the mid-engine program, you have to have a plug-in hybrid. Technology transfer with Mercedes allows us to get a plug-in hybrid into a DBX as well, maybe two years from now, and there’s probably even a chance to do something with DB11 and DBS.

When will we see the first pure electric Aston Martin?

In 2025 or 2026, our next-generation sports car. It’s a given. When it comes to an electric platform, you create one that serves sports cars and SUVs, two doors and four doors, you can be creative. So you merge platforms.

Could you take a whole electric platform from Mercedes?

We could do that, that’s part of the technology transfer discussion. There’s a chance for the EQS platform, but is it the right platform for a sports brand?

Can an Aston Martin still have character when it’s electric drive?

What does the typical Aston Martin stand for? It’s a beautiful car, you need a rebel and a gentleman in one, and we can achieve that. You can maintain emotion. I did some exercises with having additional shakers in a car, because emotion is all senses.

What happens in 2030, with the new combustion engine car ban in the UK?

I think by 2030 we will have 50 percent of the portfolio purely electric driven, minimum. The rest will be plug-in hybrid… and probably a few hundred cars as track tools. Because that’s still allowed, just for that.

Overall, in the first nine months of the job, what are you most proud of?

Energy. It’s all about the energy in the company now. Because I see it in manufacturing, I can see it in the eyes of engineers as well. It’s a totally different place. 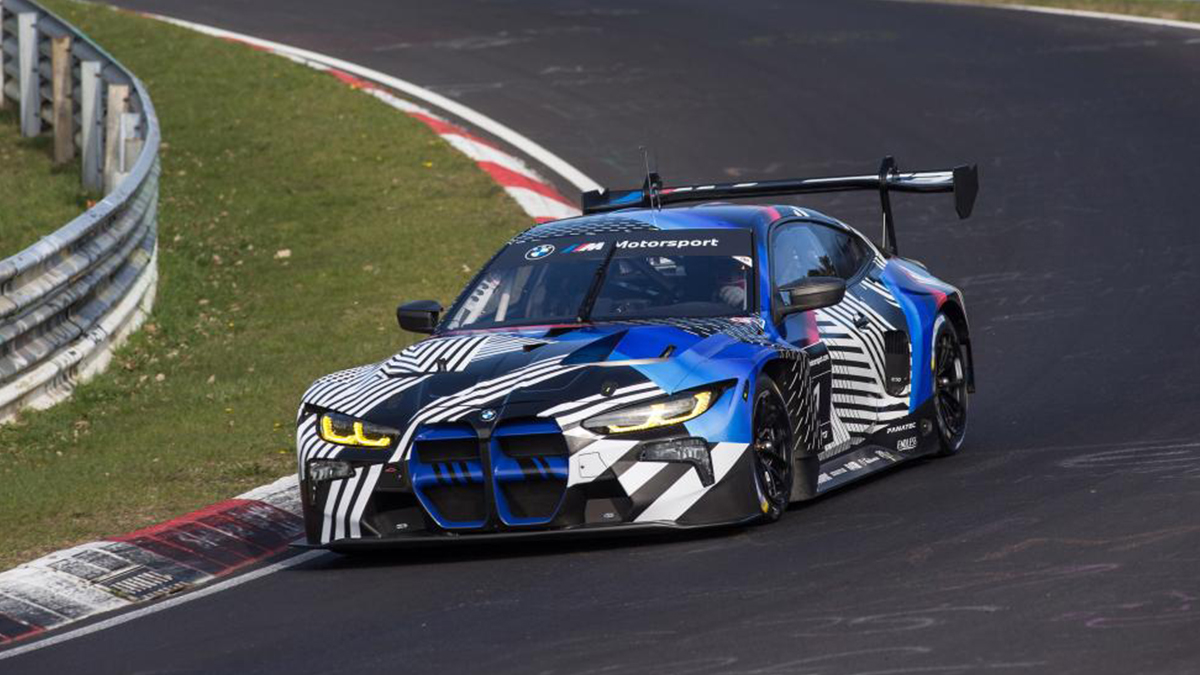 BMW M4 GT3 spotted burning rubber at the Nürburgring Nordschleife
View other articles about:
Read the Story →
This article originally appeared on Topgear.com. Minor edits have been made by the TopGear.com.ph editors.
Share:
Retake this Poll
Quiz Results
Share:
Take this Quiz Again
TGP Rating:
/20