Chevrolet to restore only 3 of 8 sinkhole-damaged Corvettes

For the National Corvette Museum
Sep 4, 2014
CAR BRANDS IN THIS ARTICLE 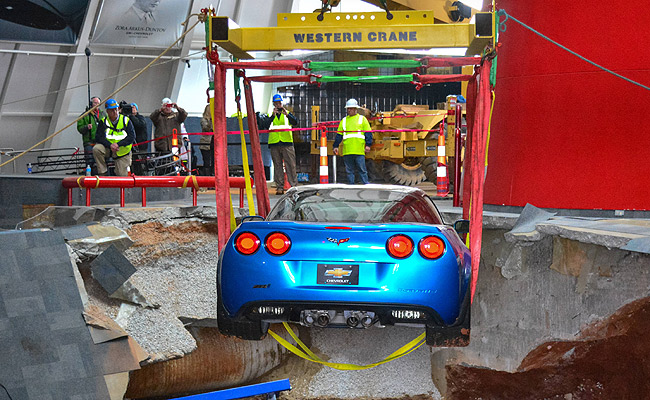 Back in February, a sinkhole opened up underneath the National Corvette Museum in Bowling Green, Kentucky, in the United States, swallowing eight classic models in the process. Initially, General Motors promised to restore all eight vehicles. Now, however, the American carmaker says it will only restore three of the vehicles, while the five other units will remain in their as-recovered state "to preserve the historical significance of the cars" and eventually become part of a future display at the museum.

"Our goal was to help the National Corvette Museum recover from a terrible natural disaster by restoring all eight cars," said GM executive vice president for gobal product development Mark Reuss. "However, as the cars were recovered, it became clear that restoration would be impractical because so little was left to repair. And, frankly, there is some historical value in leaving those cars to be viewed as they are."

According to Chevrolet, the three vehicles it will restore are the 2009 Corvette ZR1 prototype known as the Blue Devil, and the one-millionth Corvette produced (a white 1992 convertible). In addition, the carmaker will fund the restoration of the 1962 Corvette, which the museum will oversee.

You can check out the cars as they fell in the sinkhole in the security-camera footage below. 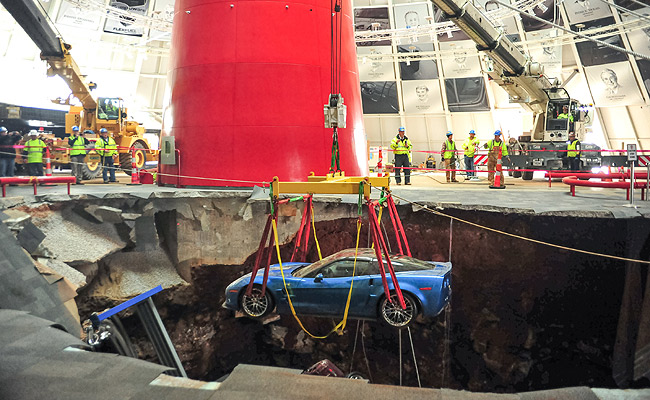