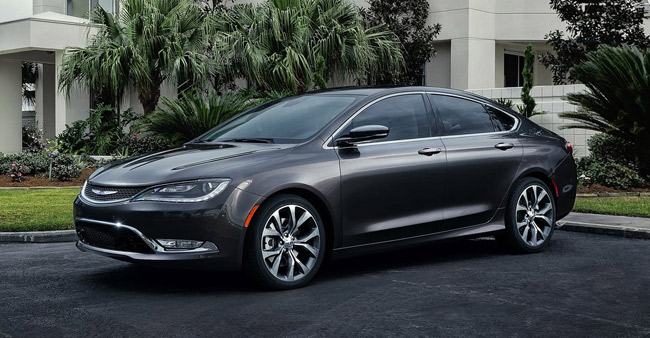 If you ask anyone about the difference between the Chrysler and Dodge brands, most people would probably have this answer: Chrysler is the more premium brand, while Dodge is the more mainstream brand that makes a wide range of vehicles pretty much like Ford and Chevrolet. That's mostly true now, but not for long. Things are starting to change at Fiat Chrysler, and more changes will happen in the following years.

With the newly formed Fiat Chrysler Automobiles (FCA), CEO Sergio Marchionne intends to shake things up as part of his five-year plan.

For starters, Chrysler will now be a mainstream brand. The all-new 200 midsize sedan, which was launched recently in the US, is being targeted directly at other mainstream midsize sedans like the Toyota Camry, the Honda Accord, the Nissan Altima and the Ford Fusion. The 300, which is probably one of Chrysler's most popular models, could lose its high-performance SRT variant to further differentiate it from Dodge. The Town & Country minivan is expected to gain a plug-in hybrid variant in 2016. To complete the lineup, Chrysler is expected to introduce large and midsize crossover SUVs, as well as a compact sedan to go against mainstream models like the Toyota Corolla and the Ford Focus.

Dodge, on the other hand, will be the sporty, performance brand. We can expect more SRT models from the compact Dart to the crazy V10 Viper, which will again be part of the Dodge family after being badged as a stand-alone SRT-branded model for a short period. Non-sporty models like the Caravan will be dropped, leaving the Town & Country as Fiat Chrysler's only American minivan. The midsize Avenger, which used to be the platform twin of the 200, will also be dropped.

Does Chrysler plan to grow from being a bit player in Asia to something greater? Well, yes. If by Asia, you mean China and maybe India. Let's hope the company decides to expand in Southeast Asia, too, just like its crosstown rivals Ford and GM. And speaking of crosstown, FCA will move its headquarters to London. Time will tell if Fiat Chrysler can meet its goals in such a short period of time. Good luck, Mr. Marchionne.

DPWH begins road and drainage works on Espana Boulevard
View other articles about:
Read the Story →
This article originally appeared on Topgear.com. Minor edits have been made by the TopGear.com.ph editors.
Share:
Retake this Poll
Quiz Results
Share:
Take this Quiz Again
TGP Rating:
/20