Is this déjà vu?

While both the Land Transportation Franchising and Regulatory Board (LTFRB) and ride-hailing company Angkas are arguing before the Supreme Court the legality of the decision of a lower court to grant Angkas permission to operate, social media is now flooded with reactions to the issue.

While we see sensible comments, we see stupid reactions as well.

But please take note this issue is very sensitive, considering the hundreds of thousands of commuters who get stranded on the streets every day due to the scarcity of public transportation, particularly during the Christmas rush. Meanwhile, the LTFRB keeps warning everyone about the possible consequences if Angkas riders were allowed to continue their operations, based on the issue of safety and liability in the event of an accident.

Last December 20, former LTFRB chairman Winston Ginez, who is also a lawyer, broke his silence and posted his position on this matter. You might remember that Ginez threw his support behind Grab and Uber in 2017, after his term had ended, when the LTFRB issued an order disallowing these ride-hailing companies from operating.

Eventually, Grab and Uber prevailed and the two were able to obtain a franchise to operate. Now, here’s the question: Will Ginez’s argument be given consideration again by the LTFRB to issue a franchise for Angkas?

Let’s read Ginez’s comments, which we present in toto, to see if they can really hold ground:

I’ve previously cited the Land Transportation and Traffic Code (R.A. 4136 enacted in 1964) as the law that prohibits private motorcycles to be used as a ‘for hire’ or ‘public utility vehicles.’

“Section 7. Registration Classification. - Every motor vehicle shall be registered under one of the following described classifications:
(a) private passenger automobiles; (b) private trucks; and (c) private motorcycles, scooters, or motor wheel attachments. Motor vehicles registered under these classifications shall not be used for hire under any circumstances and shall not be used to solicit, accept, or be used to transport passengers or freight for pay.”

“(d) Public utility automobiles; e) public utility trucks; (f) taxis and auto-calesas; (g) garage automobiles; (h) garage trucks; (i) hire trucks; and (j) trucks owned by contractors and customs brokers and customs agents. Application for registration under these classifications shall be accompanied by a certificate of public convenience or a special permit issued by the Public Service Commission, and motor vehicles registered under these classifications shall be subject to the Public Service Law, rules and regulations, as well as the provisions of this Act.”

It is crystal clear from above that as long as application of motorcycles as ‘public utility vehicle’ with the LTO is accompanied by a Certificate of Public Convenience (CPC) or franchise (as it is commonly known) issued by the Land Transportation Franchising and Regulatory Board (LTFRB) (formerly the Public Service Commission), it should be allowed.

We may then ask: Does LTFRB have the power to issue CPC or franchise to a motorcycle? The answer is a resounding YES! Section 5 (b) of E.O. 202 that created LTFRB expressly provides:

“b. To issue, amend, revise, suspend or cancel Certificates of Public Convenience or permits authorizing the operation of public land transportation services provided by motorized vehicles, and to prescribe the appropriate terms and conditions therefor.”

Under this express power of LTFRB, it can issue CPC or franchise to motorized vehicles. ‘Motor Vehicle’ shall mean any vehicle propelled by any power other than muscular power using the public highways, but excepting road rollers, trolley cars, street-sweepers, sprinklers, lawn mowers, bulldozers, graders, forklifts, amphibian trucks, and cranes if not used on public highways, vehicles which run only on rails or tracks, and tractors, trailers and traction engines of all kinds used exclusively for agricultural purposes. (Section 3 (a), R.A. 4136). Even to a layperson, a motorcycle is a motorized vehicle.

Personally, as former Chairman of LTFRB, I believe that if appropriate and reasonable regulations are in place, such as driver’s extensive training, driver’s proper observance of safety rules, wearing of safety devices both by the driver and passenger, driver’s and passenger’s accident insurance, kind of routes allowed and amount of fare and others are provided for in a DOTr Department Order or LTFRB Memorandum Circular, motorcycles should be allowed to be used as public transport conveyances. 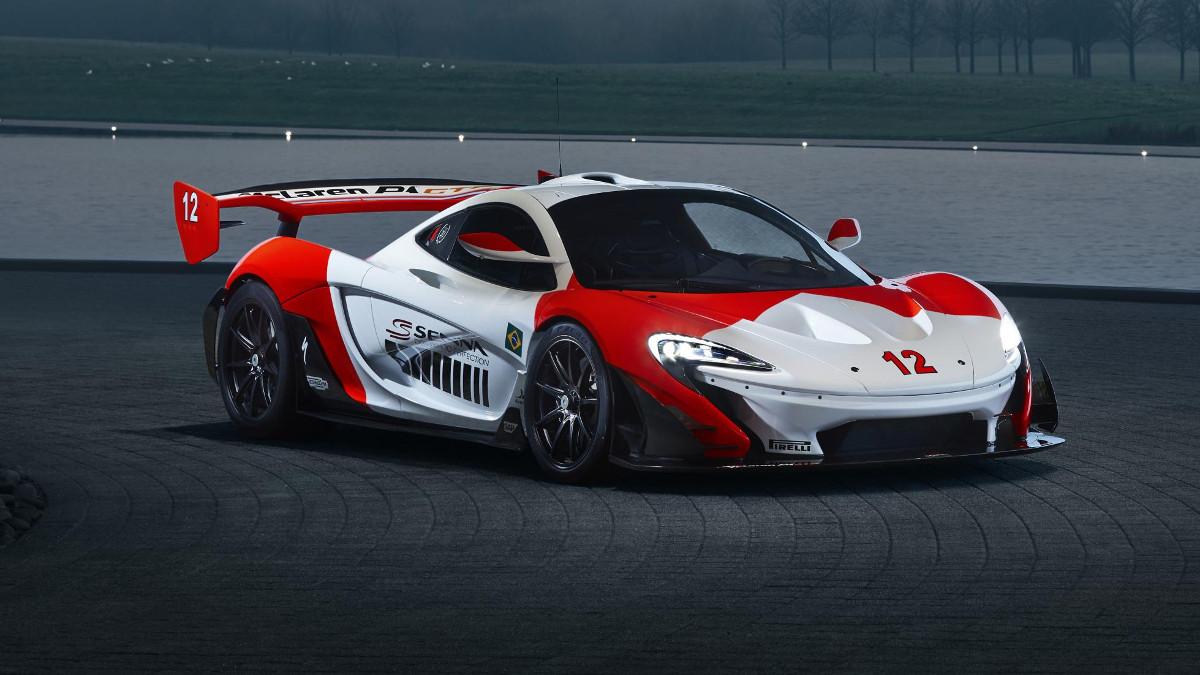 A Senna fan’s McLaren P1 GTR becomes a tribute to the F1 champion
Read the Story →
This article originally appeared on Topgear.com. Minor edits have been made by the TopGear.com.ph editors.
Share:
Retake this Poll
Quiz Results
Share:
Take this Quiz Again
TGP Rating:
/20