A Guinness world record, mind you
by Gerard Jude Castillo | Jul 13, 2015
CAR BRANDS IN THIS ARTICLE 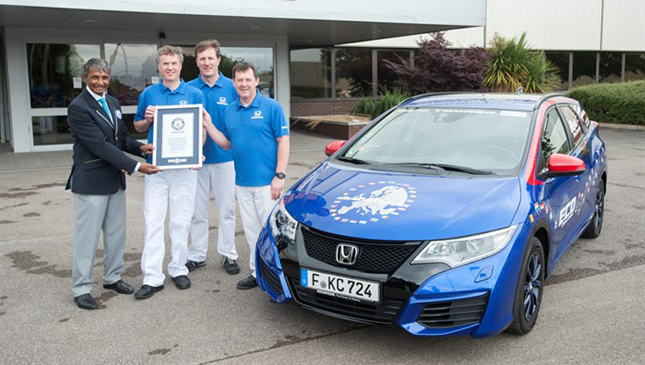 Fuel economy runs are nothing new in the automotive industry. In our market, carmakers like Volkswagen, Isuzu, Mitsubishi and Peugeot have been subjecting their vehicles to eco runs for quite some time now. And the results are actually quite mind-boggling--if not unbelievable to say the least.

From the other side of the planet, the latest automaker to test its cars’ fuel economy is Honda. Just recently, the duo of Fergal McGrath and Julian Warren set out to see how fuel-efficient a Honda can be, while traveling in and around the European Union. In the process, they didn’t just prove how little the car sips fuel, they likewise set a new official world record while they were at it.

Warren and McGrath made up Honda Europe’s R&D team that took a Civic Tourer through a total distance of 13,498km across all 24 contiguous European Union countries, in a bid to show just how miserly the Civic could be. In the end, the team consumed an average of 2.82L per 100km. That’s an average of roughly 35.46km/L--enough to merit a place in the Guinness Book of World Records for the "lowest fuel consumption through all 24 contiguous EU countries."

The Civic Tourer packs a 1.6-liter i-DTEC four-cylinder diesel motor. This gave the team the punch and fuel efficiency needed to travel from Aalst, Belgium (where they set out on June 1st), all throughout the European continent. The entire journey, which went around the EU in a counterclockwise route circling back to their starting point, took them a total of 25 days, culminating on June 25th.

As if this feat wasn’t amazing enough, McGrath and Warren reported that they were even able to exceed the Civic Tourer’s claimed best fuel consumption figure of 3.8L per 100km. That’s a truly amazing feat.

To ensure that this wasn’t just some hoax, a strict set of rules was enforced all throughout the trip. Both McGrath and Warren needed to be in the car at the same time the entire time. Not a problem as they had been mates for some 18 years. Moreover, their entry into each of the 24 EU countries had to be verified via evidence like GPS readouts, fuel/mileage logs, verified signatures from impartial witnesses, and even a tracking device installed on the Civic, courtesy of a leading vehicle telematics expert.

Finally, judges made sure that the car in question was as stock as could be, with no devices or aftermarket parts that would tip the results in favor of better fuel economy.

So, what does all this mean to us everyday motorists? It simply shows that with careful and smart driving, we can achieve outstanding fuel economy with regular, everyday cars. In the end, it’s all about saving as much of that precious fuel as we can, no matter where we are in the world. 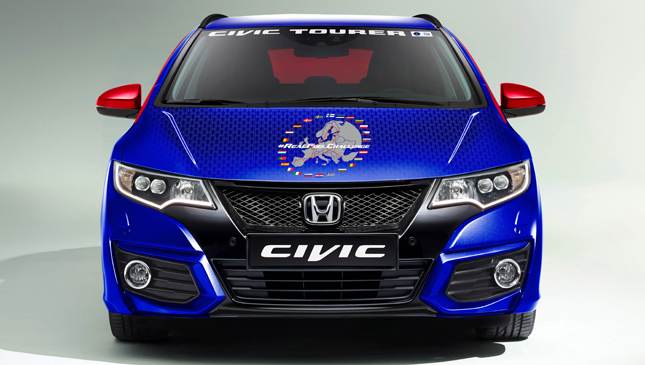 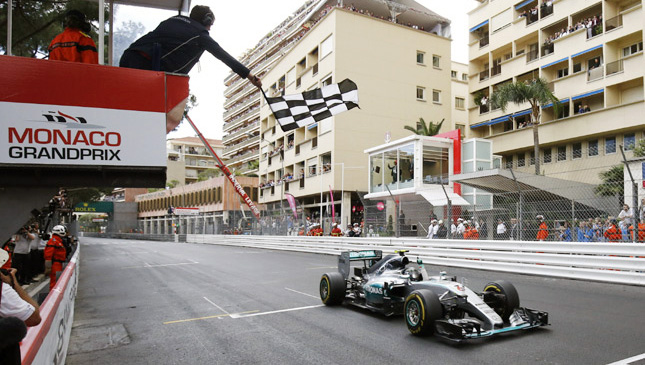 10 things you need to know about Formula 1 if you're new to the motorsport
View other articles about:
Read the Story →
This article originally appeared on Topgear.com. Minor edits have been made by the TopGear.com.ph editors.
Share:
Retake this Poll
Quiz Results
Share:
Take this Quiz Again
TGP Rating:
/20