Comparing the Senate and House versions of the tax reform bill
by Pauline Macaraeg for Entrepreneur.com.ph | Dec 1, 2017

Just days after British luxury car brands Jaguar and Land Rover announced they are coming back to the Philippines after a six-month hiatus, the Philippine Senate approved a tax bill that offers friendlier excise tax rates on luxury cars compared to a version passed by the House of Representatives months earlier.

In contrast, the House of Representatives approved a tax bill that imposes a more complex five-tier system that combines fixed taxes and variable rates ranging from 4% to 120%.

Analyzing how the two tax bills will impact retail prices of different car models with varying price points, the Action for Economic Reforms (AER), an economic policy advocacy and research group, concluded that the Senate version would tend to favor luxury car buyers while penalizing buyers of cheaper models.

“Though the Senate version’s structure is simpler, which would theoretically boost efficiency of collection, this comes at the expense of equity. It effectively taxes low-end vehicles higher, while providing discounts for luxury cars,” it said.

Representatives of both the Senate and the House of Representatives are expected to meet and reconcile the differences between their respective versions of the tax bill in the next few weeks when the bicameral conference committee starts meeting on the measure. If they agree on a common version, the bill is then submitted for ratification by both legislative bodies. After that, it goes to President Rodrigo Duterte who can choose to sign it, veto it, or allow it to lapse into law by doing neither.

See the infographic on this page for a detailed comparison of how the current suggested retail prices of eight different car models would change depending on which version of the tax reform bill would prevail.

This story first appeared on Entrepreneur.com.ph. Minor edits have been made. 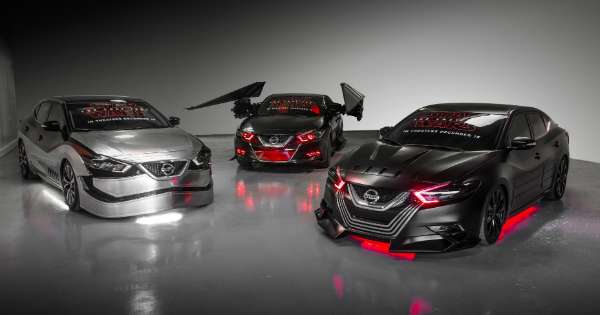 The Force is strong with these Star Wars-themed Nissan cars
View other articles about:
Read the Story →
This article originally appeared on Topgear.com. Minor edits have been made by the TopGear.com.ph editors.
Share:
Retake this Poll
Quiz Results
Share:
Take this Quiz Again
TGP Rating:
/20