And revises nomenclature for its models
by Dinzo Tabamo | Nov 12, 2014
CAR BRANDS IN THIS ARTICLE 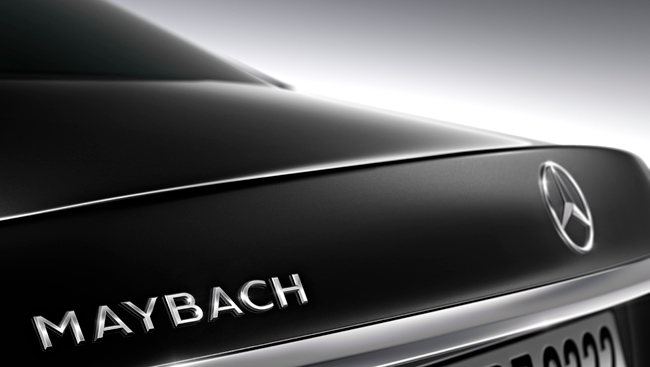 When Mercedes-Benz folded its ultra-luxury brand Maybach back in 2012, we thought we had seen the last of the marque created to compete with Rolls-Royce. One of the criticisms leveled against Maybach before was that its cars simply looked like larger Mercedes S-Class limousines.

It’s a bit ironic, then, that Maybach is being resurrected as a more exclusive S-Class called the Mercedes-Maybach S600. To be premiered in Guangzhou, China, and Los Angeles, California, the new Mercedes-Maybach S600 has extra space, special seats and lavishly designed interiors. As expected, extensive customization is still available. Mercedes pointed out that this isn’t an equipment line, but a sub-brand that will come out with Benz vehicles in a more exclusive form.

At the same time, Mercedes-Benz announced a new naming system for its SUVs and roadsters. This is to simplify the nomenclature of its growing lineup.

As a tribute to the legendary G-Class, all SUVs starting in 2015 will have the preface “GL” in their names. The GL-Class is the biggest SUV in the German carmaker’s stable, so it will be called the GLS, short for GL S-Class. The M-Class will become the GLE, short for GL E-Class. The GLK’s new name is GLC, short for GL C-Class. The GLA will retain its moniker, because it is short for GL A-Class. The G-Class name also remains unchanged.

In the roadster division, by 2016 all of the models will have the preface "SL" as a tribute to the iconic Mercedes coupe that traces its heritage all the way to the 300SL "Gullwing" of the '50s. In line with the system introduced with the SUVs, the SLK will become the SLC, short for SL C-Class. The SL retains its name.

And lastly, the engine designations are also simplified. You will see lowercase letters attached to the end of model and engine badges. The letter 'c' will stand for compressed natural gas,  'd' for diesel, 'e' for electric, 'f' for fuel cell and 'h' for hybrid.

The German car brands have always been known for their logical and concise naming systems. But with their expanding lineups filled with crossovers and cars we can’t even classify, new labeling methods are needed to avoid confusion. Thankfully, Mercedes-Benz did just that. 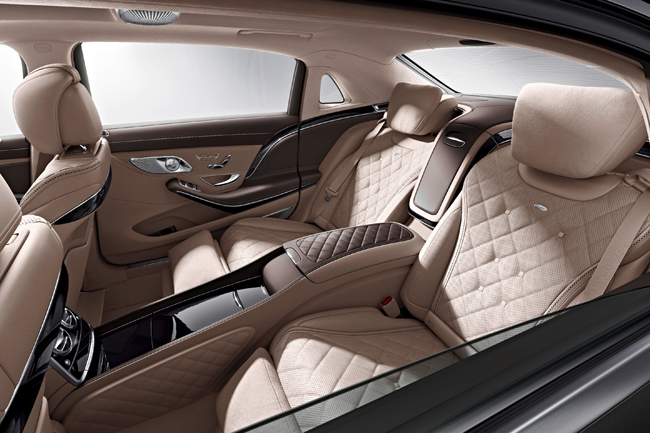 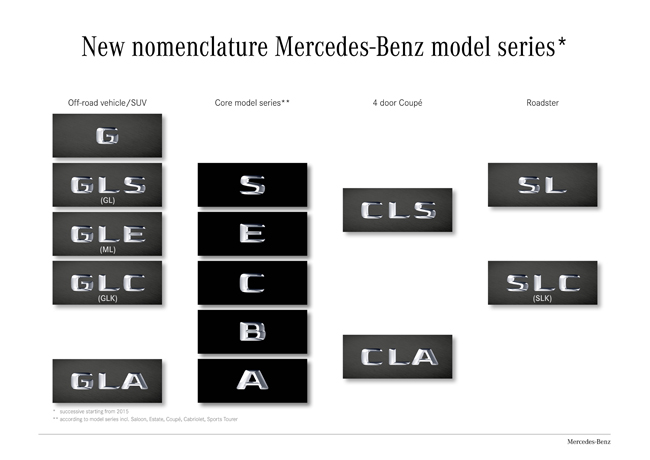 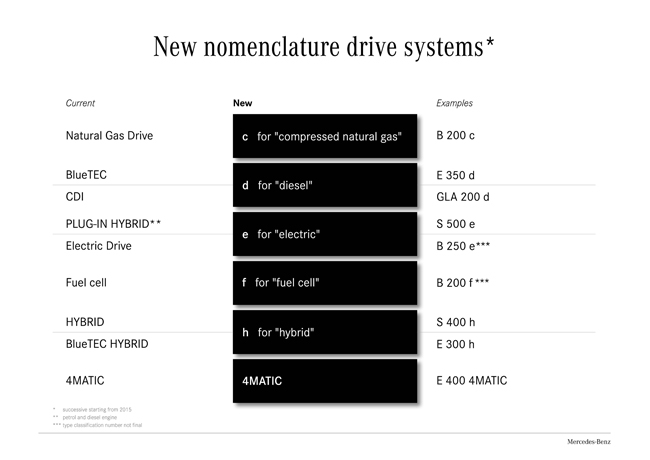 Fiat rolls out 500X small crossover
View other articles about:
Read the Story →
This article originally appeared on Topgear.com. Minor edits have been made by the TopGear.com.ph editors.
Share:
Retake this Poll
Quiz Results
Share:
Take this Quiz Again
TGP Rating:
/20