Mid-year report: Vehicle sales are down in the first half of 2018

No surprises here
by Sharleen Banzon | Jul 25, 2018
CAR MODELS IN THIS ARTICLE

To confirm what we all saw coming, fewer people are buying new cars this year versus in 2017, due to higher excise taxes, rising inflation, and increasing fuel prices.

As of June 2018, Philippine vehicle sales have hit an industry total of 192,052 units, based on the consolidated reports from the Association of Vehicle Importers and Distributors (AVID), the Chamber of Automotive Manufacturers of the Philippines (CAMPI), and the Truck Manufacturers Association (TMA). Here’s the breakdown of year-to-date sales and market share per company:

Toyota Motor Philippines leads by a big margin, with combined Toyota and Lexus sales amounting to 73,136 units. That’s equivalent to a market share of 38.1%. Mitsubishi Motors Philippines comes second, having a total of 33,506 units, followed by Hyundai Asia Resources, with sales of 15,957 units. In fourth place is Nissan Philippines, which has rolled out 13,222 units. Ford Group Philippines completes the top five with 12,508 units sold, edging out Honda Cars Philippines by just 491 units.

The information from the CAMPI and TMA secretariat did not include the sales of BMW, the local distributorship of which is now controlled by the San Miguel Corporation.

The individual sales figures of CAMPI and TMA members from January to June of 2017 are unavailable to us as of this writing. According to the official report, however, the companies under these associations have a year-to-date sales total of 171,352 units. That’s 24,812 units less than the corresponding figure for 2017, or a decline of 12.5%.

CAMPI president Rommel Gutierrez attributes the decline in numbers to this year’s “gloomy” economic condition, which is influencing consumers to hold off from making big-ticket purchases. “However, we remain optimistic that our sales will recover in the coming months, and hopefully [see] a sustained growth by the end of the year,” he says.

Meanwhile, AVID’s official release states that the total sales of its member companies in the first half of 2018 is down by 10.8%, with just 43,138 units sold compared with last year’s January-to-June sales of 48,344 units. Note that the sales of Ford, Suzuki, Mercedes-Benz, and Chrysler-Jeep-Dodge are included in the total figures of both CAMPI/TMA and AVID.

AVID president Ma. Fe Perez-Agudo says that vehicle sales this year are slow to pick up because “consumers are still adjusting to new income and new commodity price levels. Nevertheless, we see this as a transitionary period and may soon normalize as both supply and demand factors stabilize.” 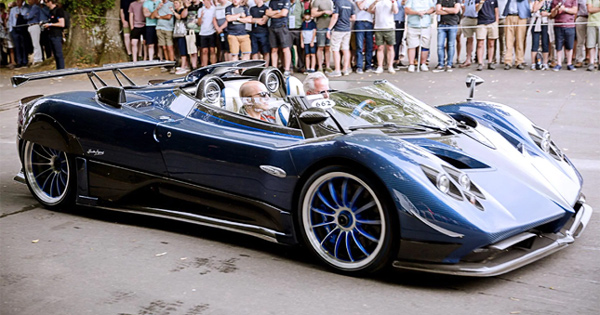