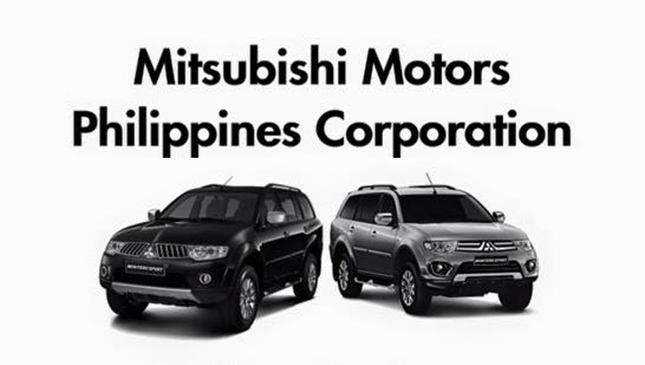 Beleaguered automotive distributor Mitsubishi Motors Philippines has issued a letter addressed to Montero Sport customers, in a clear effort to reassure the latter that there is nothing wrong with their sport-utility vehicle. As you know, the popular midsize SUV is being accused of having a tendency to exhibit the so-called "sudden unintended acceleration." We saw the letter on the company's official Facebook page, but we expect this to be published in newspapers as well.

Here is the letter in full (in italics):

We are writing you to keep you updated on the issue of sudden unintended acceleration (SUA) claims. Currently, the Department of Trade and Industry is looking into this, and is expected to release its report shortly.

MMPC has been fully cooperating with the DTI panel. Our team attended the public hearing on December 2, followed by several technical discussions. Last December 4, we also invited the DTI panel and the media to simulate an SUA situation. We proved that it could be controlled because the brake has been designed to overpower the gas pedal even if it were at full throttle.

In all these venues, we stand by our technical findings that we found: THERE IS NO DESIGN, MECHANICAL NOR ELECTRONIC DEFECT IN ANY OF THE MONTERO SPORT units allegedly involved in SUA.

The complainants, however, remain unconvinced. It was for this reason that we are reiterating our position that a credible and competent third party be commissioned to help settle this issue. We have already presented our technical findings in various forums, and are open to all other independent and credible forums to show our commitment to producing only safe and quality vehicles.

In light of the recent media attention, we are explaining the facts again and again in the presence of the DTI investigating panel. We are making public all our findings to reassure our customers that the Montero Sport is completely safe and reliable, and has no SUA issues.

Please bear with us for now as we do our part to help resolve this issue. We also thank you for your continuing trust and patronage. 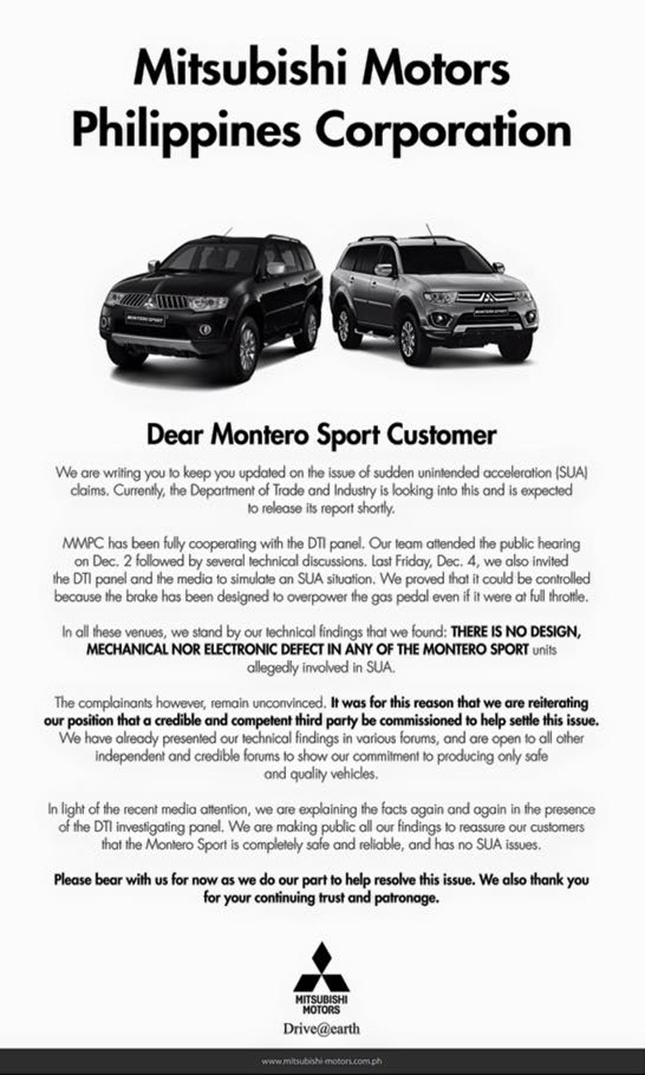 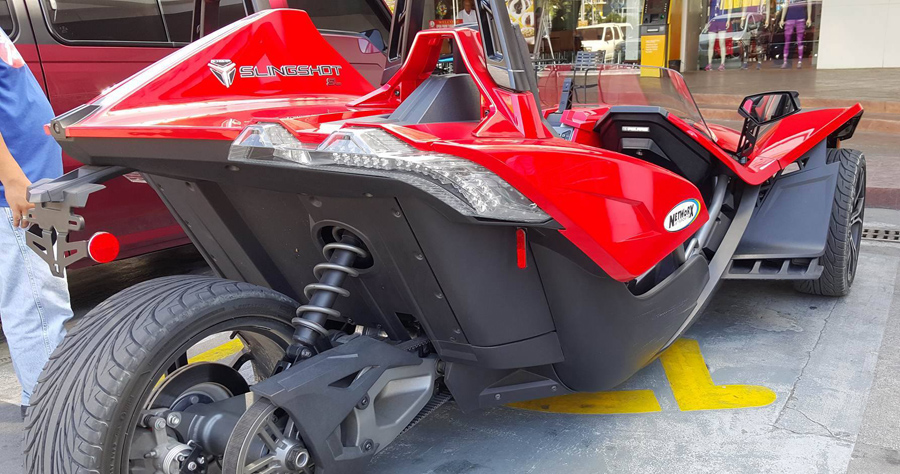 Have you seen a Polaris Slingshot in the metal?
View other articles about:
Read the Story →
This article originally appeared on Topgear.com. Minor edits have been made by the TopGear.com.ph editors.
Share:
Retake this Poll
Quiz Results
Share:
Take this Quiz Again
TGP Rating:
/20