And it's officially sold
by Patrick Everett Tadeo | Dec 12, 2013
CAR BRANDS IN THIS ARTICLE 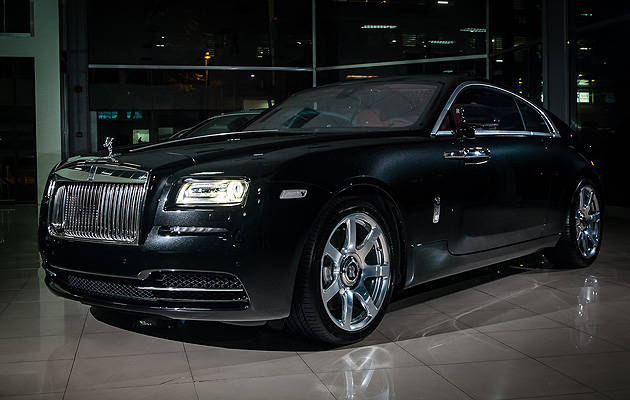 As members of the motoring press, one of the perks of our job is getting our hands on the test units of various car companies in the Philippines. Unfortunately, one such unit we can't get our hands on, at least for the meantime, is the Rolls-Royce Wraith. Apparently, the very first model to arrive in the Philippines--and which was originally earmarked as a press unit by the British luxury car brand's distributor, British Bespoke Automobiles--has already been purchased and is set to be delivered to its owner this coming weekend.

Bought at P38 million, the diamond-black Wraith with Canadel wood paneling was configured by BBA--a fact that didn't bother the buyer, whom the distributor refused to name. After all, with the kind of customization Rolls-Royce is known for, the unnamed buyer could actually order one from the distributor and have everything done to fit his taste. Perhaps it's because he didn't want to wait too long for him to get his car.

"For the customization options being offered by Rolls-Royce, it takes about two months for them to begin constructing a customer's vehicle upon ordering," BBA VIP sales manager Jeff Lizardo told TopGear.com.ph. "It would then take around three months for the car to be shipped from the Rolls-Royce factory to the Philippines. So if a customer places the order by, say, early December, he can get his car by May. If a customer wants it sooner, there's the option to fly the car in, but that would mean 100% more of the costs to ship it in."

Lizardo stressed, however, that this kind of delivery time is only available for Rolls-Royce's more mainstream models like the Wraith and the Ghost, as well as for the options offered online through the carmaker's configurator. The more exotic, customer-specific options--like mink floor mats or crocodile-leather seats--could add six months to a year to the car's production schedule.

The Wraith that you see here is dubbed the Wraith Package, which "contains carefully selected features that combine to create a specification that encapsulates the dynamic essence" of the nameplate.

In Rolls-Royce-speak, this means the car comes with: 21-inch, seven-spoke, fully polished alloy wheels; 17-speaker bespoke audio system; comfort entry system; Rolls-Royce monogram on all four headrests; 360-degree camera system; and the starlight headliner that simulates a starry night sky by having 1,340 fiber-optic lights hand-woven into the roof liner. As for the aforementioned Canadel paneling that adorns the rear-hinged coach doors and the center console, we've been told that this option alone already costs around P2 million. Of course, a pair of umbrellas is included--and hidden--in the door frames.

Powering the Wraith is a 6.6-liter V12 twin-turbo engine that produces 624hp and 800Nm. We just had to power up the car to turn on its electronics. In the brief time we had it running, we found it hard to believe there was a V12 engine under the long hood--it was that quiet.

The Wraith's owner will get the car tomorrow (Friday), delivered to his house on a flatbed truck. We can only assume that this is one fine (and really expensive) Christmas gift. 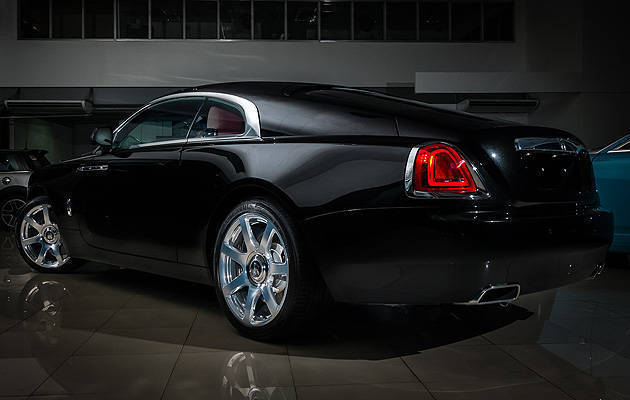 By the numbers: Hyundai\'s 2nd bid in the World Rally Championship
View other articles about:
Read the Story →
This article originally appeared on Topgear.com. Minor edits have been made by the TopGear.com.ph editors.
Share:
Retake this Poll
Quiz Results
Share:
Take this Quiz Again
TGP Rating:
/20