2015 PH car sales: Which brands were the biggest winners and losers?

An impressive year for the industry
by Dinzo Tabamo | Feb 9, 2016
CAR MODELS IN THIS ARTICLE

We want to start with an explanation. You should be reading this sales report more than a year ago, and much more frequently. Well, somewhere along the line, it became more difficult procuring the numbers needed to compile a monthly report.

As you might know, the Philippine automotive industry is fragmented split into two main factions: the Chamber of Automotive Manufacturers of the Philippines (CAMPI) and the Association of Vehicle Importers and Distributors (AVID). Each group publishes its own sales report based on figures submitted by its members. To make it easier for you to read, we combine the data into one list, to give an accurate reflection of the state of the industry.

At some point, AVID decided to make its report quarterly, instead of monthly. In keeping with our former monthly format, we urged them to give us a breakdown per month, but our request was denied. Around the same time, we were asking for CAMPI's data. Its secretariat gave us a monthly report, but without breaking it down per brand. We asked for the specific data we needed, but we were told we'd have to get the permission of all the members for the release of individual numbers. It was starting to feel like a joke. If we had all the time in the world, we could have persisted, made calls, followed up, and pestered all our contacts until we came up with the data we needed. But the online medium is a demanding mistress, and there were stories to write and news articles to upload. Getting the information that should be transparent and open was sucking up our time.

This year, we decided to try again, and this time--with a little pressure from our editor--we finally compiled the sales report for 2015, with 2014 numbers included for comparison. Despite our preceding explanation, we apologize for not giving you this sooner. Thank you for your patience, and expect at least a quarterly update from us.

In a nutshell, automotive sales last year were phenomenal. The market for passenger cars and commercial vehicles grew 20% from 2014 to 2015. Without keeping you in suspense any longer, here are the combined figures from the CAMPI and AVID.

As per our usual format, we’ll start with the biggest gainers in the industry. Note that the larger a company is, the harder it is to grow. That makes it all the more impressive when stalwarts like Toyota and Isuzu can post double-digit growths.

*PGA Cars (Audi, Porsche, Lamborghini and Bentley) is last on the list and is not part of the ranking because it doesn’t provide a breakdown of its brands.

As you have seen, almost all the players posted significant gains last year. Mercedes-Benz was the biggest winner statistically with a phenomenal 80.5% surge. Both BMW and Mercedes benefited greatly from providing fleets for the APEC Summit held last year, and this helped BMW maintain its status as the number one luxury car brand in the country. But Lexus is also strengthening its position. Without APEC fleet sales to pad figures in 2016, the Japanese premium carmaker has a good chance of regaining its lead over Mercedes.

A surprising runner-up in growth was Isuzu, which grew 59.8% to reach fourth place in the standings. Nissan rounds out the top three gainers, by growing 52.8% last year. This is amazing when you consider where Nissan had been before the current management team took over.

In the top five places of the overall sales chart, a massive shift occurred as Hyundai dropped to number five from number three, and Ford and Isuzu took third and fourth places, respectively. It will be interesting to see if the Korean carmaker can rebound this year. If not, a strong Honda showing will surely allow the Japanese brand to take its seat in the top five.

Another certainty is that Toyota and Mitsubishi will hold on to the top two slots this year--and many more years to come. A gain of 17.8% for Toyota may not sound like much, but coming from triple-digit sales in 2014, that translates to a lot of units. Its increase in sales alone--18,791 vehicles--can put any brand at number seven on the list, just below Honda.

Based on how inundated we are with invites to motoring events and car launches in the coming weeks, the automotive industry is barreling forward in--please indulge us--top gear. We fervently hope the next administration will have a concrete traffic solution, because we expect another banner year for car sales, and this will result in more automobiles on the road. 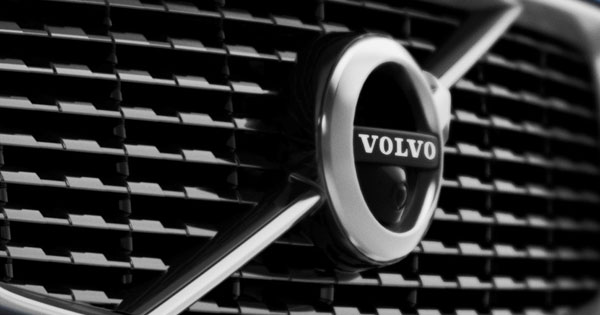 Volvo PH to skip MIAS this year but poised to launch 4 new models in 2016
View other articles about:
Read the Story →
This article originally appeared on Topgear.com. Minor edits have been made by the TopGear.com.ph editors.
Share:
Retake this Poll
Quiz Results
Share:
Take this Quiz Again
TGP Rating:
/20