Sadly, none of the locally available ones passed
Apr 8, 2014 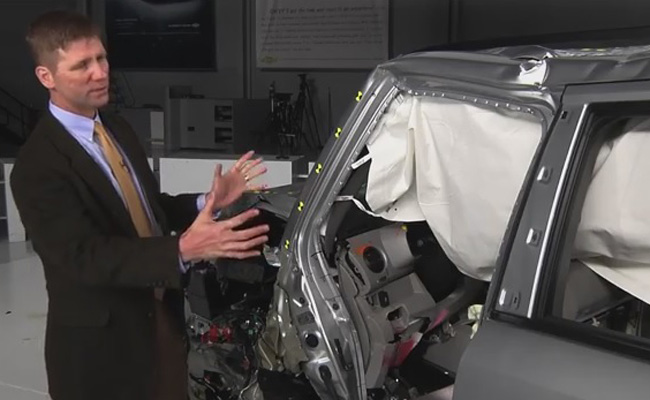 The United States' Insurance Institute for Highway Safety has just released its findings for its small overlap front-crash tests for nine midsize SUVs, and it seems we're on the unlucky side as neither one of the models sold in the Philippines earned a 'Good' or 'Acceptable' rating.

"SUVs have gotten much safer over the past few generations, but some are better than others at providing comprehensive front-crash protection," said IIHS executive vice president and chief research officer David Zuby. "When it comes to midsize SUVs, General Motors is showing the way forward. The Equinox and the Terrain score well in all components of the small overlap test--structure, restraints and kinematics, and injury measures for four body regions."

Unfortunately for Filipinos, the only midsize SUV available locally that got a 'Marginal' score was the Jeep Grand Cherokee, while the Ford Explorer, the Kia Sorento, the Mazda CX-9, and the Honda Pilot all earned 'Poor' marks.

According to the agency, the safety belt of the Grand Cherokee allowed too much movement, letting the dummy's head move toward the intruding A-pillar. The CX-9, on the other hand, saw its hinge pillar pushed in by 17in, bringing the left front wheel even with the dummy's knee and the door frame so far inside the cabin that the dummy’s head struck it after sliding off the frontal airbag.

In the Explorer, the door hinge pillar was reportedly nearly severed from the door sill. The Pilot was the worst performer of the group as the parking brake pedal moved inward the cabin by more than 16in, while the steering column moved 5in to the right with the dummy's head barely contacting the front airbag. In addition, measures taken from the dummy showed "injuries to the left hip would be likely in a crash of this severity, and injuries to the left knee and both lower legs would be possible."

So, it seems SUVs aren’t that safe in a crash--at least one where the sport-ute's front corner strikes another vehicle or a tree at 65kph. 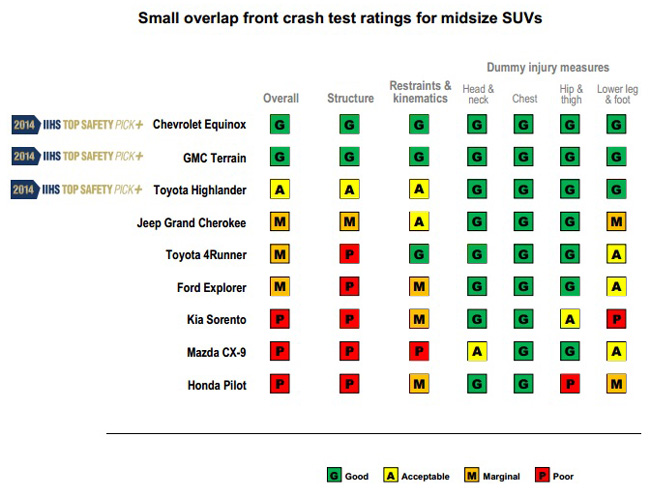 Report: Subaru could still make a WRX hatchback after all
View other articles about:
Recommended Videos
Read the Story →
This article originally appeared on Topgear.com. Minor edits have been made by the TopGear.com.ph editors.
Share:
Retake this Poll
Quiz Results
Share:
Take this Quiz Again
TGP Rating:
/20