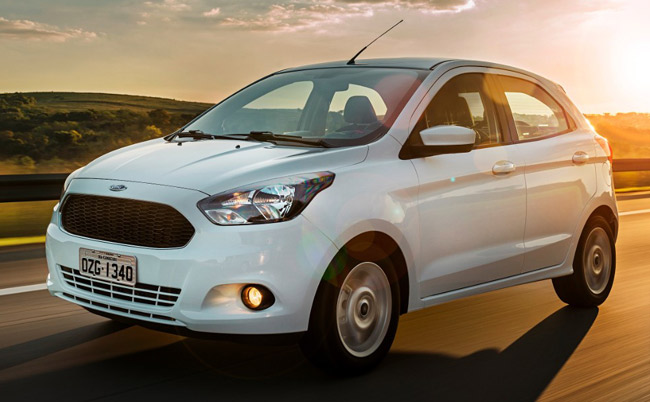 Thailand's Eco Car Program is currently dominated by Japanese automakers, but that will soon change. Two American car manufacturers have been approved by the Thai Board of Investments for the second phase of the program.

Known for their pickup trucks and SUVs, Ford and General Motors are the program's two newcomers. According to goauto.com.au, Ford and GM will invest the equivalent of P24.8 billion and P15.52 billion, respectively, in the program. The companies have not disclosed which new small vehicles they plan to manufacture in Thailand, but there are some new and upcoming vehicles that fit the bill.

Before we reveal the vehicles from these carmakers, let's review the requirements of the program and its effect on the Philippines' automotive industry. The vehicles must have a fuel consumption of 4.3L/100km (23.25km/L) or better, and carbon-dioxide emissions of under 100g/km. Engine displacement should be 1.3 liters or less for gasoline engines, and 1.5 liters or less for diesel engines; they should also be Euro 5-compliant.

Companies must have a minimum investment of the equivalent of P8.84 billion, and an annual production of 100,000 units by the fourth year. Production of the vehicle must begin no later than 2019. Manufacturers will get up to 90% reduction on tariff for imported components for production.

Now, what does this mean for the Philippine car industry? Vehicles under the Thai Eco Car Program more often than not make it out of their domestic car market, and are exported to other countries in the region. Popular examples are the Mitsubishi Mirage and the Honda Brio. These were part of the first phase of the Thai Eco Car Program and are now exported around the region. This means there's a possibility that we will have more fuel-efficient cars to choose from in the near future.

Under the "One Ford" philosophy, all the low-end Ford models below the Fiesta will be replaced by one basic vehicle: the new Brazilian-developed Ka. It will also be sold in India as the next-generation Figo.

Production of the new Ka has already begun in Brazil. India will soon follow, with China and Thailand to probably be next, making this city car a strong candidate as Ford's entry into the Thai Eco Car Program. The new Ka's base naturally aspirated 1.0-liter three-cylinder engine satisfies the Thai Eco Car Program's 1.3-liter displacement limit for gasoline engines.

Some publications speculate that the upcoming next-generation Spark could be General Motors' entry into the Thai Eco Car Program. However, the American carmaker could instead use a model to be built on the new platform it is developing for emerging markets under the project name "Amber." This platform will be used by a range of entry-level Chevrolets for India, Brazil, Thailand, Russia and Mexico. The first model to be built on this platform should be out as early as 2018.

Exciting times ahead, don't you think?

See a car engine run without motor oil at the 2014 Manila Auto Salon
View other articles about:
Read the Story →
This article originally appeared on Topgear.com. Minor edits have been made by the TopGear.com.ph editors.
Share:
Retake this Poll
Quiz Results
Share:
Take this Quiz Again
TGP Rating:
/20