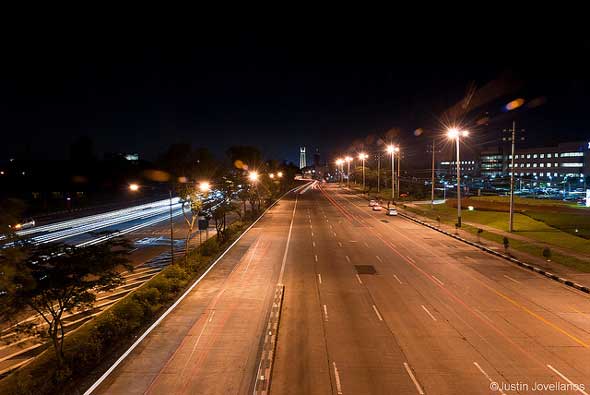 A month after the International Road Assessment Program (iRAP) Philippines conducted its detailed road inspection of Commonwealth Avenue in Quezon City, the organization revealed what many have known all along: that the so-called "Killer Highway" is dangerous to motorcyclists, pedestrians and vehicle occupants.

Based on the preliminary findings of the road assessment conducted by iRAP Philippines using its specially-equipped vehicle, its Multi-Infrastructure Distress Analyzing System (MIDAS) and its highly-trained Korean and Australian road analysts, the entire Commonwealth Avenue has generated a one- to two-star rating, which is considered to be high risk for bikers and pedestrians. iRAP's star rating lists five-star roads as the safest and one-star roads as the most dangerous for vehicle occupants, motorcyclists and pedestrians.

While 89 percent of the entire length of Commonwealth Avenue has generated one to two stars for motorcyclists, they aren't the only ones in danger as 69 percent of the highway also exhibited similar star ratings for vehicle occupants.

Department of Public Works and Highways (DPWH) secretary Rogelio Singson added that Commonwealth Avenue has become a dangerous roadway because of the high level of activity on it. According to iRAP Philippines' findings, 27 percent of the highway either have no footpaths or may have one but is obstructed. The organization also observed that numerous pedestrian bridges do not have pedestrian fences while some end on traffic lanes. Ninety seven percent of Commonwealth Avenue also has medium- or high-level obstructions encroaching on the road like ambulant vendors and almost the entire highway has severe roadside hazards located within five meters of it like poles, trees and end barriers. Considering the high volume of traffic along the highway, there are also very few intersections without traffic signals.

In an effort to reduce the risk of road accidents along Commonwealth Avenue, the highway will reportedly need "a total comprehensive approach focusing on infrastructure, speed management, and behavior," added Singson.

BMW to end production of current 3-Series by October
View other articles about:
Recommended Videos
Read the Story →
This article originally appeared on Topgear.com. Minor edits have been made by the TopGear.com.ph editors.
Share:
Retake this Poll
Quiz Results
Share:
Take this Quiz Again
TGP Rating:
/20