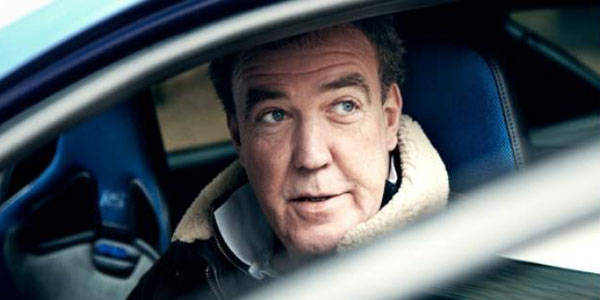 The organizer of the Manila International Auto Show announced early this morning that Top Gear host Jeremy Clarkson is making a surprise appearance at the event today, the show's fourth and last day. Worldbex Services International, the organizer of MIAS, said Clarkson's presence is part of the ongoing negotiations to bring Top Gear Live to Manila later this year.

According to Worldbex, it wasn't able to announce Clarkson's visit earlier because it wasn't sure the controversial TV personality could arrive within the duration of the car show. And what exactly will Clarkson do at the show?

"Nothing major," said Worldbex's Alvin Uy. "He'll probably just go around the main exhibit hall, then maybe hang out a bit at the Top Gear booth in the lobby. He might also check out Russ Swift's precision-driving show."

MIAS is being held at World Trade Center in Pasay City.

We e-mailed Jeremy for confirmation and he came back to us with this reply: "I can tell you there is absolutely no truth to this because I'm stretching my legs at home while I type this. Don't believe everything you hear or read--especially not on APRIL FOOL'S DAY."

Damn. What a shame. If it's any consolation, the Top Gear Philippines staff will be at MIAS today from 4pm onward to meet and greet readers. See you there!

When will we get the 3.2-liter Ford Ranger?
View other articles about:
Read the Story →
This article originally appeared on Topgear.com. Minor edits have been made by the TopGear.com.ph editors.
Share:
Retake this Poll
Quiz Results
Share:
Take this Quiz Again
TGP Rating:
/20