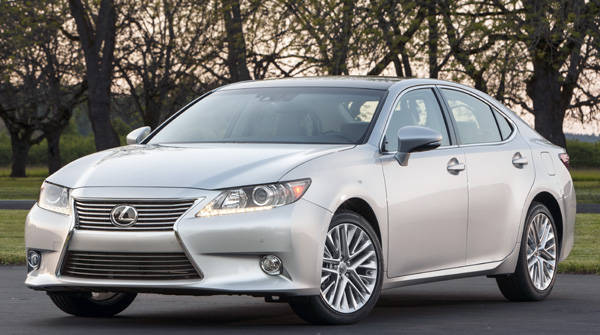 Today, Lexus Manila officially introduces to the Philippine market the all-new, sixth-generation 2013 ES350 sedan. Before we proceed to the car's features, let us point out first the biggest news about this model: The all-new ES is no longer the twin model of the Toyota Camry. Previously dismissed by some purists as being a merely glorified Camry, the ES is now a completely distinct model from its popular cousin. This new ES is now based on the bigger Toyota Avalon, and it is immediately apparent in the increase in exterior and interior dimensions.

For the first time in its model history, the ES has been equipped by Lexus with hybrid propulsion: a 2.5-liter four-cylinder Atkinson-cycle engine paired with an electric motor. Because of tax issues, however, we won't get our hands on this variant (at least not for now). Under the Japan-Philippines Economic Partnership Agreement, Japan-made cars with an engine displacement of three liters or higher, are exempt from import duties. Since the hybrid ES300h has a lower-displacement engine under its hood, it will be levied the full tax should Lexus Manila decide to sell it.

What we'll get, then, is the other ES variant--the conventionally powered ES350, whose 3.5-liter dual VVT-i V6 engine satisfies the main requirement for tax exemption under JPEPA. The car's powerplant, rated at 272hp and 346Nm of torque, is mated to a six-speed sequential-shift electronically controlled automatic gearbox. Lexus claims this new ES version does 8.9km/L in the city and 13.2km/L on the highway.

The new ES, in spite of its reputation as a rather sedate sedan, offers three driving modes so that self-driven owners can have fun at the wheel: Normal, for an ideal blend of performance and efficiency; Eco, obviously for fuel economy; and Sport, for enhanced powertrain and steering responsiveness. Top speed is set at 230kph, while 0-100kph time is pegged at 7.5 seconds.

But more important, this new ES model looks so much bigger than its predecessor. Overall length actually grew by just an inch (and the wheelbase by 45mm), but the space inside the cabin feels a lot more generous than the spec sheet will bear out. At the back, headroom grows by 18mm, knee room expands by 71mm, and legroom is increased by 104mm. At the front, eight-way power-adjustable seats are standard.

Lexus Manila president Danny Isla is expecting to sell "nine to 10 units a month." You can be part of that statistic by parking a brand-new Lexus ES350 in your garage for a cool P3.338 million.

The ES was first introduced in 1989 together with the LS400, when the Lexus nameplate was launched in the United States. It was designated then as the ES250, propelled by a 2.5-liter V6 engine borrowed from the Camry. 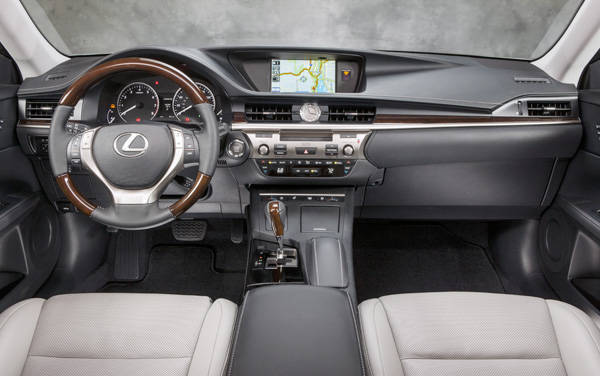 2012 Lateral Drift season to kick off this weekend
View other articles about:
Read the Story →
This article originally appeared on Topgear.com. Minor edits have been made by the TopGear.com.ph editors.
Share:
Retake this Poll
Quiz Results
Share:
Take this Quiz Again
TGP Rating:
/20