Putting his Midas touch on Lotus
Sep 2, 2011
CAR BRANDS IN THIS ARTICLE 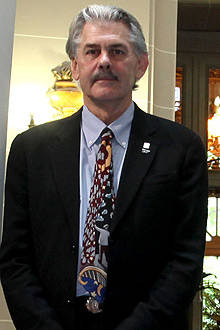 "Gordon has never been afraid to trail blaze, take risks and do things differently, these are attributes that we are very familiar with and very proud of at Lotus," said Group Lotus chief executive Dany Bahar. "With his incredible and unique motorsport and design experience he will complement the existing council line up perfectly. We're very much looking forward to working with him."

When Murray started his motorsport career in 1969, he originally wanted to work for Lotus but a chance meeting with Brabham designer Ron Tauranac led to him working for Brabham where he was later appointed as chief designer by Bernie Ecclestone, who was then the team's boss. During his time in F1, Murray designed numerous Grand Prix winning cars and was heralded by many as leading the way in terms of innovation and pioneering new technologies.

More recently, Murray established Gordon Murray Design to develop an innovative and disruptive automotive manufacturing technology known as iStream. The design and prototyping of Gordon Murray Design's T.25 petrol and T.27 electric ultra compact city cars have been central to both the development and validation of this process.

"For years I've been a huge admirer of Lotus, I have great respect for the legacy that Colin Chapman created and I think what Dany and the team are doing is a really good thing for the brand," said Murray. "He's taking the strength from Chapman's principals and taking the business to the next level whilst still keeping the general ethos--not an easy task! I'm really looking forward to contributing to Group Lotus during this exciting time."

Proposed lemon law gets green light from House of Representatives
View other articles about:
Read the Story →
This article originally appeared on Topgear.com. Minor edits have been made by the TopGear.com.ph editors.
Share:
Retake this Poll
Quiz Results
Share:
Take this Quiz Again
TGP Rating:
/20