Mini to open shop in RP

Mini Cooper
In most surveys where they're asked which car brand currently unavailable in the local market they'd most like to see sold in the country, Filipinos mainly rank Mini at the top. And that's understandable, considering the cult status that Mini has acquired since getting introduced to the world in 1959. Now - exactly 50 years after the original cute little car saw the light of day - Pinoy car buffs are finally getting their wish: the Mini brand will officially be brought in by owner BMW within the year.

A reliable industry source has confirmed that BMW Asia, the Singapore-based regional office of the German carmaker, has appointed the Autohub Group as the official Philippine distributor of Mini, and that its showroom will be opened for business as early as October this year. BMW acquired the rights to Mini from the Rover Group in 2000 and launched the New Mini a year after. Interestingly, the local Mini dealership was not awarded to Asian Carmakers Corporation, the exclusive distributor of BMW vehicles in the Philippines.

The Autohub Group, which already owns a BMW dealership located in Greenhills, San Juan, also has separate showrooms for Ford, Nissan, Hyundai and Chery. The Mini dealership will reportedly be called Mini Global City, and - as the name implies - will be situated at The Fort Global City in Taguig.

According to our source, Mini Global City's product offerings will consist of the Cooper, the Cooper S and the Convertible at launch. The Mini One will follow next year. The Cooper will reportedly be priced at under P2 million, while the Cooper S will go for about P2.2 million. The flashier Mini Convertible, meanwhile, will have a price tag of around P2.4 million. The initial sales target is 10 units per month.

The Mini car gained worldwide popularity in the film The Italian Job, where it was used as a do-it-all getaway vehicle. Designed by Sir Alec Issigonis, it started life as a twin model for Austin and Morris in 1959. Austin and Morris had merged seven years earlier to form British Motor Corporation. Mini became a separate, stand-alone brand in 1969. The original car was produced until 2000.

Today, the New Mini model - now in its second generation - is being manufactured at Mini's assembly plant in Oxford, England. Last year, a total of 235,019 Mini vehicles (including Hatchback, Convertible and Clubman models) were produced. 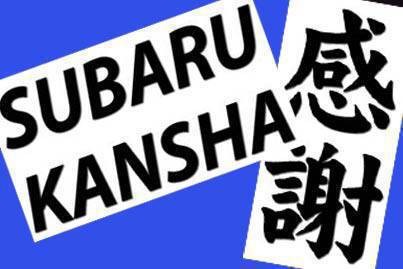 Week-long treat from Subaru
View other articles about:
Read the Story →
This article originally appeared on Topgear.com. Minor edits have been made by the TopGear.com.ph editors.
Share:
Retake this Poll
Quiz Results
Share:
Take this Quiz Again
TGP Rating:
/20