Why manual and automatic variants have the same price
by Vernon B. Sarne | Nov 29, 2012
CAR BRANDS IN THIS ARTICLE 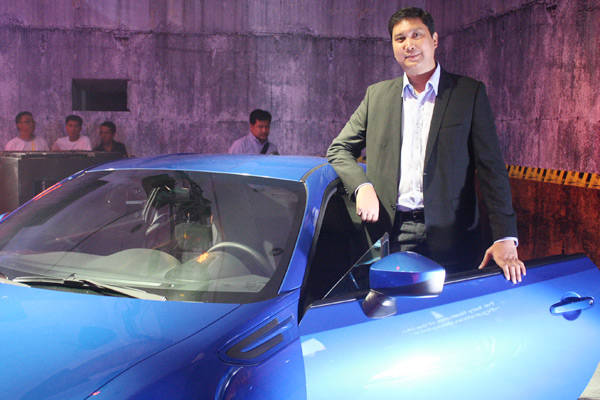 According to Motor Image Pilipinas general manager Mike Luyun, it was his idea to put the same price (P1,928,000) on both automatic and manual variants of the new Subaru BRZ sports coupe. MIP is the exclusive distributor of Subaru vehicles in the country.

"Actually, it's only here where this single-price strategy exists," Luyun told us during the launch of the BRZ last night in Makati City. "In other ASEAN markets under Motor Image, the manual-transmission version is more expensive than its automatic counterpart."

Yes, you read that right. In other countries, Motor Image has priced the manual BRZ higher than the automatic, believing that the former will enjoy a higher demand among enthusiasts. Of course, we all know that automatic-transmission vehicles are really pricier than manual ones.

"What I did was to lower the price of the automatic and increase the price of the manual, such that they met halfway," explained Luyun. Good thing his boss, Tan Chong International Limited executive director Glenn Tan, gave his plan the green light. Tan Chong owns the Motor Image network.

Just like the rest of the Motor Image network, Luyun believes BRZ buyers will put more premium on manual transmission than the traditionally more expensive automatic gearbox. He felt that if he didn't manipulate the BRZ's pricing, few buyers would opt for a costlier automatic variant.

As it stands now, 60 percent of BRZ buyers have ordered automatic, while 40 percent have gone for manual, Luyun shared with us. This statistic held true even before the announcement of the single pricing. This means 60 percent of MIP's BRZ customers were delighted to find out that their chosen variant technically presents more value for money since it is priced the same as the supposedly cheaper manual.

Luyun also said that they are expecting a fresh 21-unit batch of the BRZ to arrive from Japan. Currently, the MIP showroom in Greenhills has a back order of 70 units, while the other showrooms in Bonifacio Global City and Alabang have a waiting list of around 35 units. The executive said he is confident they will be able to serve all the BRZ orders by May next year.

CATS Motors group to bring in Harley-Davidson early next year
View other articles about:
Recommended Videos
Read the Story →
This article originally appeared on Topgear.com. Minor edits have been made by the TopGear.com.ph editors.
Share:
Retake this Poll
Quiz Results
Share:
Take this Quiz Again
TGP Rating:
/20