“Quick recap: On January 20, the Department of Transportation’s technical working group (DOTr-TWG) overseeing the motorcycle-taxi pilot run presented during a Senate hearing its recommendation to terminate the pilot run and to blacklist Angkas as a provider altogether. Then, following the discussions made during the hearing, the agency announced that it is still considering the extension of the said pilot run.

“Now, the story has gone full circle as TWG chairman Antonio Gardiola Jr. confirmed in an interview earlier today that the pilot run will indeed continue.

“Gardiola told CNN that this decision was made after the TWG took into consideration the sentiments shared during the Senate hearing. He said that the DOTr-TWG will meet with the service providers to further discuss the guidelines so they may continue with the said pilot run.”

“On January 22, the DOTr-TWG held discussions with motorcycle-taxi companies Angkas, JoyRide, and MoveIt during an executive session of the House Committee on Transportation, and afterwards, Gardiola made some important announcements.

“Angkas chief transport advocate George Royeca also confirmed that his company already dropped the cases it had filed against the DOTr. No mention was made of the DOTr-TWG’s recommendation to blacklist Angkas as a motorcycle-taxi provider, but for now, it looks like both sides have called a truce and are willing to work with each other.”

“The Department of Public Works and Highways (DPWH) says that a new access road being fast-tracked by the agency will shorten the route between the South Luzon Expressway (SLEX) and C6, and reduce traffic congestion in the area. Agency secretary Mark Villar says the new route situated in Barangay Santa Ana, Taguig City, called Bambang ni Felix Road, is now 71% complete.

“The DPWH says construction of the new two-lane 688-meter access road began in July last year with a P41-million budget. It’s scheduled to be completed by March 2020, so it shouldn’t be long until motorists begin reaping the benefits of this project.”

“In a recent briefing with the press, DPWH secretary Mark Villar announced that the volume of vehicles plying the metro’s most notorious thoroughfare is expected to be reduced by 20-30% by the second quarter of 2020, once two big-ticket infrastructure projects under the EDSA Decongestion Program are completed.

“The first of these two is the NLEX Harbor Link, which will be fully aligned by March. The second and arguably the biggest project in the P384-billion decongestion program is Skyway Stage 3, which is scheduled to be completed by April. Through the latter alone, Villar says that 100,000 cars will already be diverted from EDSA.”

“If you regularly use the Cavite-Laguna Expressway (CALAX), pay attention: The Metro Pacific Tollway Corporation (MPTC) has announced the expressway will be closed to motorists from 1am to 4am of January 28 to 31 (Tuesday to Friday) and February 4 to 7 (Tuesday to Friday).

“According to the MPTC’s Facebook post, the closure is to make way for clearing and construction operations. Thankfully, it will only be in the wee hours of the morning and just for a handful of days.”

“Skyway O&M Corporation (SOMCO) has announced that road works such as bored piling and column installations along Skyway are scheduled to begin on February 16, 2020, and that southbound traffic along the expressway will be affected. SOMCO has clarified the scheduled works will be completed in six weeks.

“As a result, the third southbound lane of Skyway at-grade and the northbound lane of the West Service Road will be closed off starting from the Sucat interchange all the way to the Alabang viaduct. In addition, the southbound Alabang exit plaza and the nearby southbound Bunye South Station headed to Filinvest will also be closed. SOMCO says that these closures were initially scheduled last December, but were delayed in light of the holiday season traffic.

“Likewise, San Miguel Corporation (SMC) has announced the new traffic scheme to be implemented when the road works begin. Check out the full advisory here.”

“The DPWH has reaffirmed that the NLEX Harbor Link Segment 10 C3-R10 Section, one of the key projects under the government’s EDSA Decongestion Program, is on track for its partial opening this February.

“‘The project is now 75% complete. We are on track to open the C3 to Dagat-Dagatan Avenue by February and the entire C3-R10 Section by March to help decongest major roads such as EDSA and C5. With the full completion of the project, we expect to reduce travel time from Port Area to NLEX to just 10 minutes,’ said agency secretary Mark Villar.

“This 2.6km section—once fully operational this March—will connect C3 Road in Caloocan to Radial Road 10 in Navotas City and eventually to the 5.65km Harbor Link Segment 10. It is expected to relieve traffic in the surrounding areas and service 30,000 vehicles daily. As of this writing, we have no word yet on any toll estimates.”

“You can now book a bus and sleep your way from Cubao to Sagada through Coda Lines Corporation’s Manila-to-Sagada trip via Banaue and Bontoc. The company offers two accommodations, the Semi Deluxe bus and the Super Deluxe bus. The Semi Deluxe bus accommodates 45 passengers and has no on-board restroom, while the Super Deluxe accommodates only 35 passengers (it has reclining seats and more legroom for you) and has an on-board restroom.

“Attention, residents of Parañaque: The DOTr has launched a new point-to-point (P2P) bus service that will connect BF Homes and Glorietta 3 in Makati.

“The newly opened route will have a few pickup and drop-off points in Parañaque, namely: Tierra de Maria (Behrouz restaurant), E. De la Rama (across Ministop), and the Puregold branch across the Mandarin Palace. Operations will begin on January 27.

“The premium Euro 4-compliant buses that will ply this route boast electronic payment collection, in-cabin Wi-Fi access, CCTV and dash cameras, and built-in GPS. Fare is set at P100, while senior citizens, PWDs, and students can enjoy a discounted rate of P80. Trips follow a fixed schedule from Monday to Friday, and the buses will only be filled to seating capacity—standing passengers will not be accommodated.”

“Car clubs and other groups transporting relief goods to lend a helping hand in ongoing Taal relief operations will no longer have to pull out their wallets along the South Luzon Expressway (SLEX) and the Southern Tagalog Arterial Road (STAR) Tollway after the San Miguel Corporation (SMC) waived toll fees for the two expressways under its management.

“Once at the inspection area, a toll supervisor and traffic enforcer will inspect your ride and issue a free single exit pass to be surrendered at cash lanes upon exit. Again, you must surrender the pass at a cash lane.”

“If you are wondering how to help out in the Taal relief operations or are heading over there to volunteer, then you may want to check out Waze. The navigation app now has a Crisis Response mode that you can use to head to donation centers near you, take note of roads affected by the Taal eruptions, and know whether you’re headed somewhere within the evacuation zone.

“For those looking to offer help in kind, type in ‘donate’ in the destination search bar to find the nearest center. Currently, the Waze team lists 10 donation centers.

“Plus, if you’re heading anywhere near the main crater, Waze has already charted off the 14km radius as an evacuation zone. If your targeted destination falls within that area, the app will notify you that you are driving into what the National Disaster Risk Reduction and Management Council has dubbed a ‘danger zone.’” 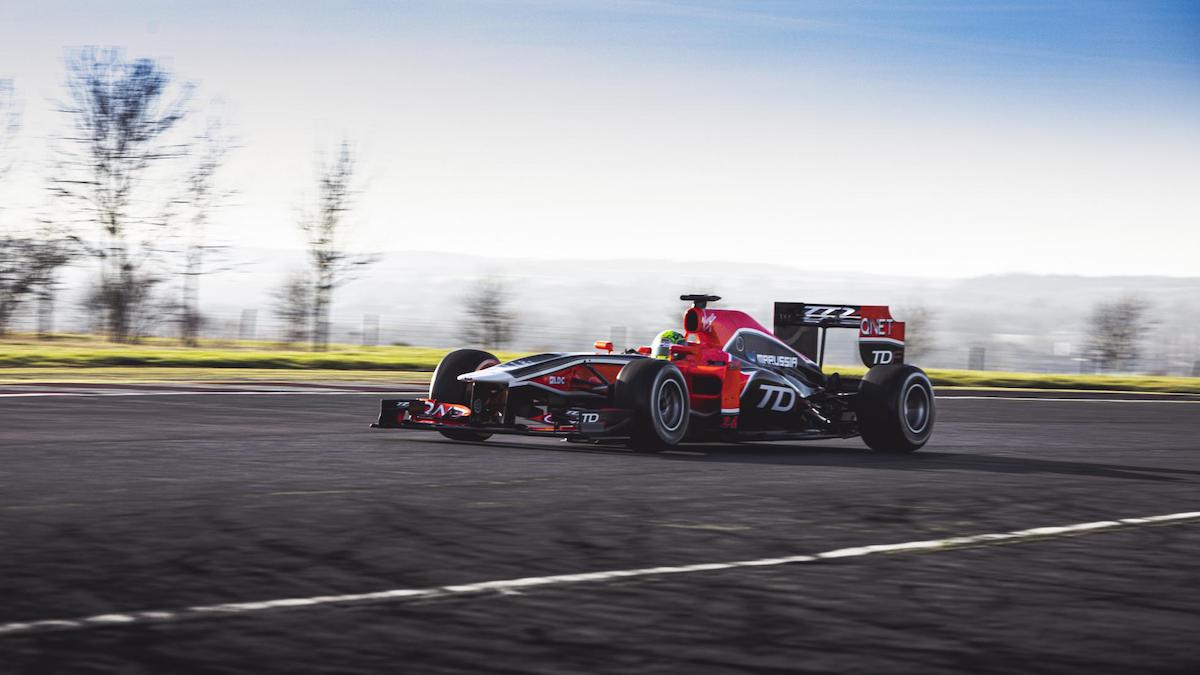 You can now buy a more ‘practical’ F1 car
View other articles about:
Read the Story →
This article originally appeared on Topgear.com. Minor edits have been made by the TopGear.com.ph editors.
Share:
Retake this Poll
Quiz Results
Share:
Take this Quiz Again
TGP Rating:
/20