Report: Is Grab illegally charging P2.00 per minute during trips?

A Philippine lawmaker is accusing Grab of charging customers P2.00 per minute during trips illegally, going as far as to say the company currently owes the riding public a P1.8 billion refund.

The allegation was made by Congressman Jericho "Koko" Nograles during an interview with CNN Philippines earlier today. According to Nograles, the ride-sharing company is charging customers per minute, despite not being allowed by the Land Transportation Franchising and Regulatory Board (LTFRB) to do so.

As a refresher, here's an article that compares rates between taxis, Grab and Uber. It shows that among the three, it's only Grab that doesn't charge per minute.

Nograles added that during a trip, he asked for a breakdown of his fare. The breakdown showed that he was indeed charged per minute during his trip: "I asked Grab 'Hey guys, can you break down my fare because according to your website you don't charge per minute.' Ayan ang lumabas, they actually charged P2.00 per minute for my trip of 27.5 minutes, which is not allowed by the LTFRB dahil hindi nila inapply yan."

Asked if he had reached out to Grab regarding the matter, Nograles said he has yet to do so. He did however contact the LTFRB, who told him that maybe he should take the issue up with the ride-sharing firm.

"I said I don't want to talk to Grab about this, I'm talking to the LTFRB. Why? This is the situation: Whether we like it or not we are headed towards a virtual monopoly. And when we have a virtual monopoly or a monopoly itself, the LTFRB as the regulator will either go one way or the other.

We have reached out to both Grab and the LTFRB regarding Nograles' comments, but have yet to receive a reply. What do you think of his accusation? 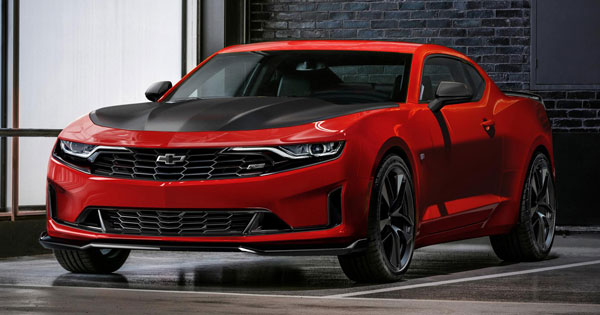 The refreshed Chevrolet Camaro now comes with a four-cylinder turbo
View other articles about:
Recommended Videos
Read the Story →
This article originally appeared on Topgear.com. Minor edits have been made by the TopGear.com.ph editors.
Share:
Retake this Poll
Quiz Results
Share:
Take this Quiz Again
TGP Rating:
/20