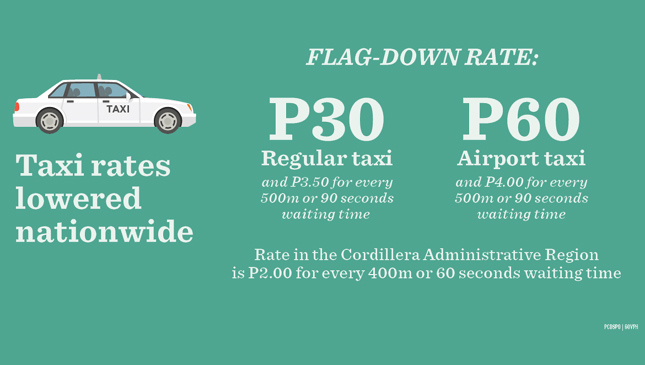 More great news for commuters: The Land Transportation Franchising and Regulatory Board has announced that taxi fares nationwide will be lowered to a P30 flag-down rate, with an additional P3.50 per succeeding 500m, as well as P3.50 per 90-second waiting time.

The lowered rates will take effect all over the country--with the exception of the Cordillera Administrative Region--on March 19, 2016. The board has scheduled the calibration and resealing of taxi meters on the following dates:

Some of the factors that led to the fare adjustment include the cost of living, the rise of TNCs like Uber and Grab, lower gas prices, traffic congestion, and the unreasonable boundaries set by some taxi operators.

LTFRB chairman Winston Ginez asserted that the move was the result of a carefully thought-out decision.

"After carefully weighing and considering various socio-economic factors, the Board decided that the favorable effects of the steady and steep down trend of crude prices, which have a higher and direct impact on the transport sector being enjoyed by transport operators and drivers, must also be passed on to the commuting public," he said. "The Board always strives to strike a balance between the respective interests of both the riding public and the operators and their drivers in order to arrive at a fair and reasonable fare."

With how chaotic the transport and traffic situation is becoming in Metro Manila, it's nice to see the government working with both the operators and the drivers to try and come up with solutions. We don't know how long these rates will last, so you might want to enjoy them while you can.

Infographic from the Official Gazette of the Republic of the Philippines 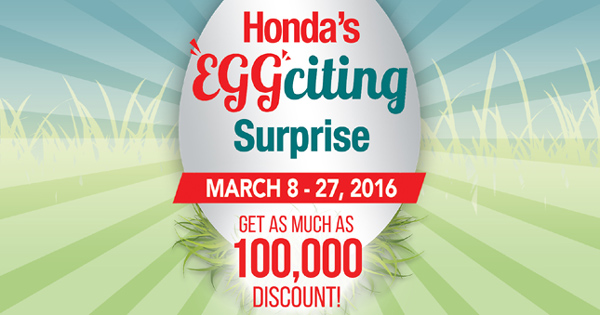 For Easter, Honda PH is giving customers a shot at P100,000 discount
View other articles about:
Read the Story →
This article originally appeared on Topgear.com. Minor edits have been made by the TopGear.com.ph editors.
Share:
Retake this Poll
Quiz Results
Share:
Take this Quiz Again
TGP Rating:
/20