Philippine National Police (PNP) chief General Guillermo Eleazar will be bowing out of the service on November 13, 2021, as he reaches the mandatory age of retirement of 56.

His tour of duty as the head of the PNP may be limited to six months, but he will be leaving an indelible mark in the riding community for swiftly acting on two incidents of reckless riding that involved three civilians and two policemen.

The Zambales-based riders and the uniformed personnel were penalized for illegal street racing and showboating with their government-issued motorbikes, respectively. Both incidents were caught on video, which helped authorities identify these reckless riders and track them down to file the appropriate charges. The PNP chief called on the street racers to voluntarily submit themselves to an investigation by the Land Transportation Office (LTO), which led to the revocation of their driver’s license. The two Highway Patrol Group (PNP-HPG) riders, for their part, got suspended.

A motorcycle rider himself, Eleazar is looking forward to more relaxing rides after he hangs up his police uniform for the last time in less than a month. But before his retirement, he was gracious enough to chat with motovloggers Naj Abdul and Iñaki Jose, as well as this writer, about his campaign for road safety and discipline.

“We all know that having a driver’s license is not a right but a privilege,” said Eleazar, emphasizing that the PNP will not hesitate to apprehend anyone who violates the law, particularly traffic rules and regulations. “Importante na hindi tayo makadisgrasya at madisgrasya. Kaya nananawagan po ako sa lahat ng riders na dapat maging maingat at huwag gamitin ang kalsada para sa mga karera. May lugar para diyan.”

It didn’t take long before the discussion focused on Marilaque Highway, which has become synonymous with street racing and related accidents. This is also the main subject of Abdul’s advocacy for more than a year now. After Abdul showed Eleazar some clips, the latter assured that he will find ways to improve the enforcement of traffic laws, particularly speed limits, in the area.

After the quick huddle with the PNP chief, we chanced upon Lt. Gen. Dionard Carlos, chief of PNP directorial staff. During his brief stint as PNP-HPG director, Carlos had his eyes trained on Marilaque: “We had plans of putting up a permanent HPG checkpoint at the Sampaloc area. Sana matuloy pa yan soon.” 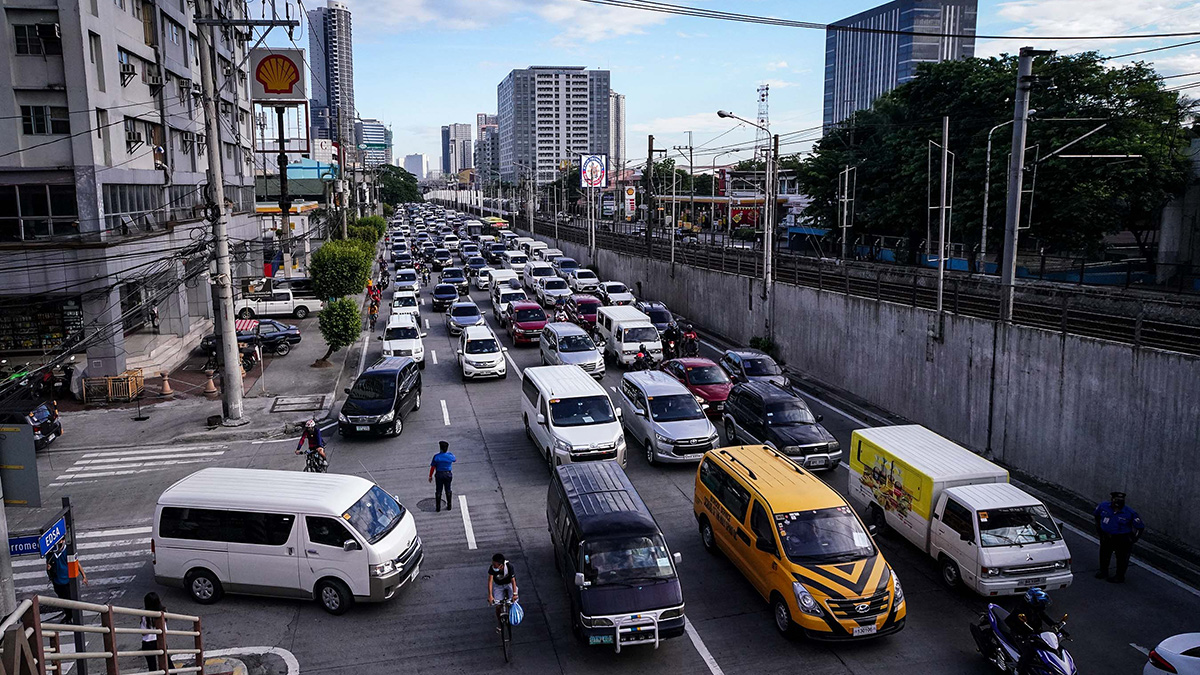 MMDA: EDSA vehicle volume now back to pre-pandemic levels
View other articles about:
Recommended Videos
Read the Story →
This article originally appeared on Topgear.com. Minor edits have been made by the TopGear.com.ph editors.
Share:
Retake this Poll
Quiz Results
Share:
Take this Quiz Again
TGP Rating:
/20