Just to make things clear
by Drei Laurel | May 20, 2017
CAR BRANDS IN THIS ARTICLE 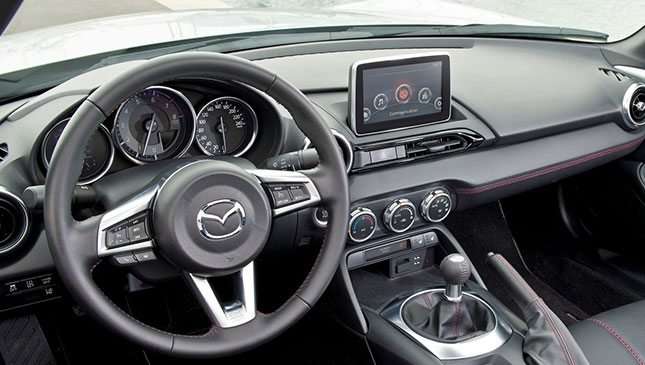 Earlier today, a Twitter user by the name of @thundermushroom reached out to the Metropolitan Manila Development Authority (MMDA) regarding another gray area in the Anti-Distracted Driving law now in effect. The issue? What if the device is built-in on top of the vehicle's dashboard?

Such is the case of current Mazda cars, which come equipped with a seven- or eight-inch Mazda Connect touchscreen dead smack on the center of the dashboard. To the common eye, this may seem like a mounted tablet or similar device, but those familiar with Mazda vehicles know this isn't the case.

The aforementioned netizen tweeted a photo of the Mazda Connect touchscreen to the MMDA Twitter page, to which the agency replied: "Mas mainam po kung ibaba niyo po kaunti pa" (It will be better if you move it down a little more).

So, what gives? Are Mazda owners going to be fined for, well, simply driving out in their vehicles? Thankfully, it seems the tweet was a misunderstanding. Ulysses Ang of Carguide.ph shared the image on social media as well, and the MMDA took notice. According to the agency, there's no problem with the Mazda Connect touchscreen as it is built into the vehicle's dashboard.

To further drive in the point that its vehicles are not in violation of the Anti-Distracted Driving law, Mazda Philippines released a statement stressing that the built-in device actually enables drivers to stay connected with their smartphones in a safe manner.

"Its human-centered design aims to minimize visual, cognitive and manual distraction," the statement reads. "This advanced infotainment system allows the driver to control and manage data and select entertainment options while keeping his attention focused on the road ahead. With either its 7- or 8-inch touchscreens strategically located below the windshield line and just at the middle of the dashboard, the system was designed from the start not to interfere with the driver’s line of sight and instead enhance driving ease by positioning vital vehicle information at a slight glance."

The statement goes on to say that the device's touchscreen feature disengages once the car is in motion. "This is when the intuitive layout and location of the Commander Control knob and its surrounding five buttons and accompanying volume dial, as well as the steering wheel control switches, take over and allow the driver to manage the system while keeping his head up and his eyes on the road."

So, if you're ever stopped by an enforcer for driving a Mazda, you'll know you're in the right. Again, we hope that the Department of Transportation (DOTr) and MMDA can address the Anti-Distracted Driving law's gray areas as soon as possible. 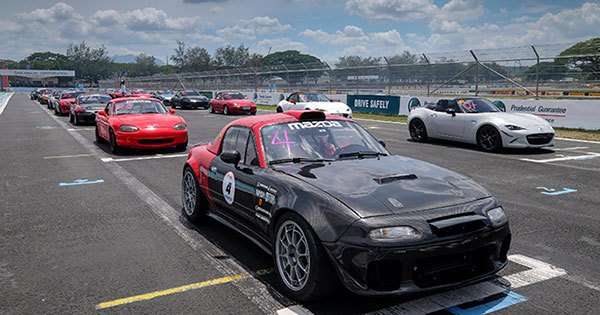 The 2017 Mazda Miata Cup is underway
View other articles about:
Read the Story →
This article originally appeared on Topgear.com. Minor edits have been made by the TopGear.com.ph editors.
Share:
Retake this Poll
Quiz Results
Share:
Take this Quiz Again
TGP Rating:
/20