MMDA: Here are 7 ways we can tell if your LTO driver’s license is fake

In this day and age, opting for a fake Land Transportation Office (LTO) driver’s license instead of a legitimate one really isn’t an option that should appeal to anyone. The process of applying for a license isn’t as inconvenient as it used to be.

Still, for one reason or another, fake LTO driver’s licenses still manage to make their way into circulation. There’s some sound logic in steering clear of this route aside from its being, well, illegal: It isn’t that hard for authorities to tell if your license card is legitimate or not.

One rider was recently given a lecture by Metropolitan Manila Development Authority (MMDA) traffic chief Bong Nebrija after being caught red-handed carrying a fake driver’s license. In a Facebook post, the official pointed out the seven telltale signs that allowed enforcers to determine the card’s legitimacy:

This was the first flaw that caught MMDA enforcers’ attention, with Nebrija saying it’s apparent that the image was not taken and printed at an LTO facility—and that it appeared like it was simply superimposed on the card.

2) The card’s thickness is off.

The fake card the MMDA confiscated from the rider is noticeably thicker than the real thing.

3) The lamination easily comes off the card.

Nebrija was able to easily scrape off the card’s laminate—something that he said should not be possible on a legitimate polycarbonate LTO license card.

4) The expiration date looks scratched on.

If you’ve noticed, the expiration date on your LTO license card is rougher than the rest of the print. This is because it’s engraved via laser. Of the fake card confiscated by the MMDA, Nebrija said they were able to determine under a magnifying lens that the numerals were simply scratched on to look embossed.

5) LED light shines through as yellow.

This is one quick way enforcers are able to test a license card’s legitimacy: Simply shine an LED light from your smartphone through the card itself. If it comes through as yellow instead of purple, it’s fake.

6) The print quality is poor.

The barcode and the Philippine flag on the card are noticeably printed in low quality compared with the real thing. The MMDA can also check whether a card’s ultraviolet eagle is in the correct position or not.

7) There’s no record with the LTO.

Finally, the MMDA can always verify if the information on the card you present matches with the LTO database. In the case of this rider, the data he presented didn’t match, and he eventually admitted he got his card from a Facebook group for P4,000.

Well, there you have it. We reckon some of you are shining an LED light through your LTO license cards right now. We hope, for your sake, that it comes through as purple instead of yellow. 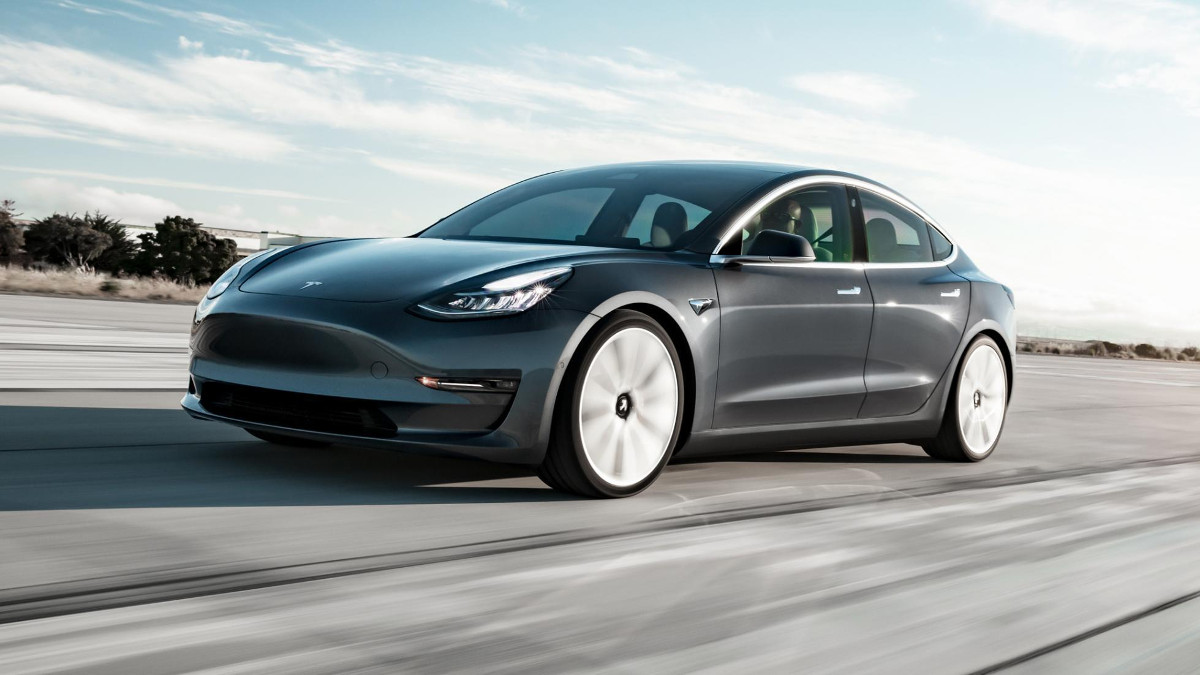 The Tesla Model 3 is more popular than the Toyota Supra and Honda Civic on YouTube
View other articles about:
Read the Story →
This article originally appeared on Topgear.com. Minor edits have been made by the TopGear.com.ph editors.
Share:
Retake this Poll
Quiz Results
Share:
Take this Quiz Again
TGP Rating:
/20