Plan your trips accordingly
by Drei Laurel | Jul 22, 2016
CAR MODELS IN THIS ARTICLE 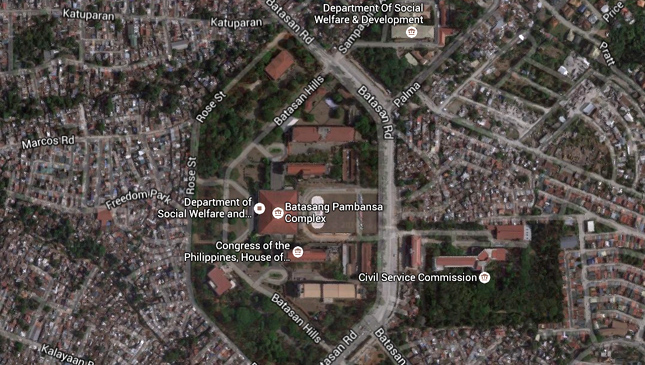 Brace yourselves: Heavy traffic is coming. On Monday, July 25, President Rodrigo Duterte will be delivering his first State of the Nation Address at the House of Representatives in Quezon City. And as usual, traffic in the area is expected to be very congested for the SONA's duration.

In anticipation of the event, the Metropolitan Manila Development Authority has released its traffic plan for cars using EDSA, Commonwealth Avenue and North Avenue during the event.

If it's any consolation to motorists, the local government of Quezon City has already announced that classes on all levels will be suspended on Monday. Below are the maps the MMDA shared on its Faceboook page: 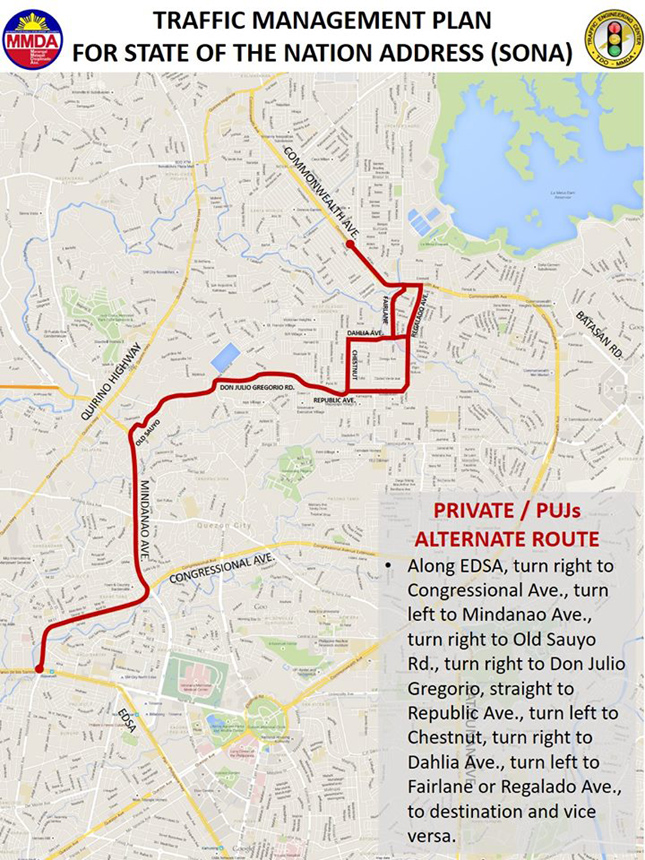 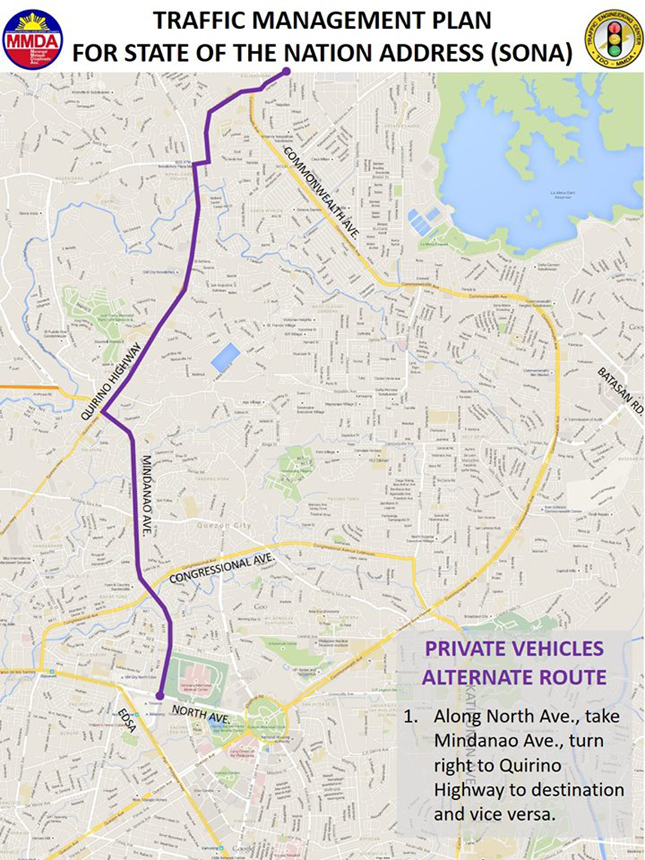 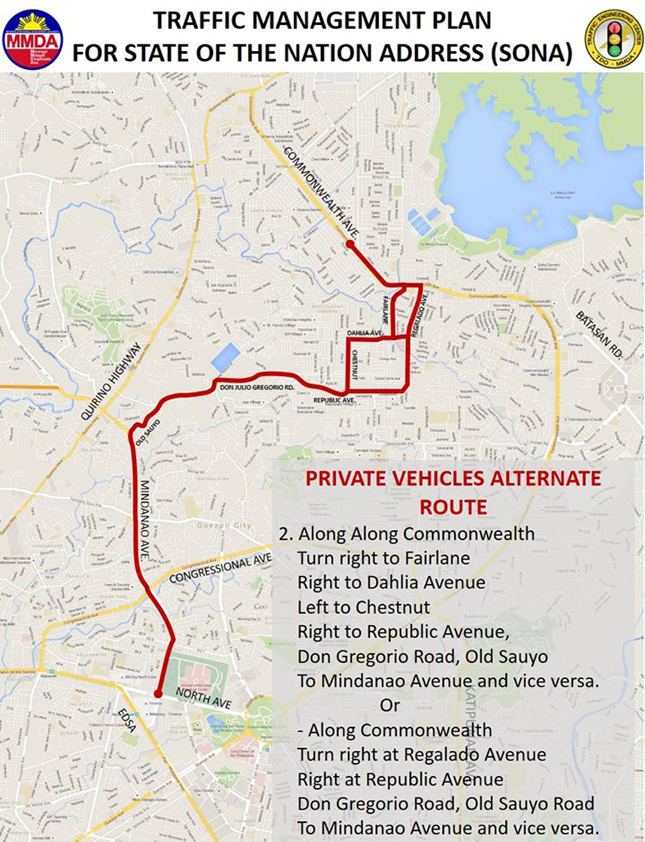 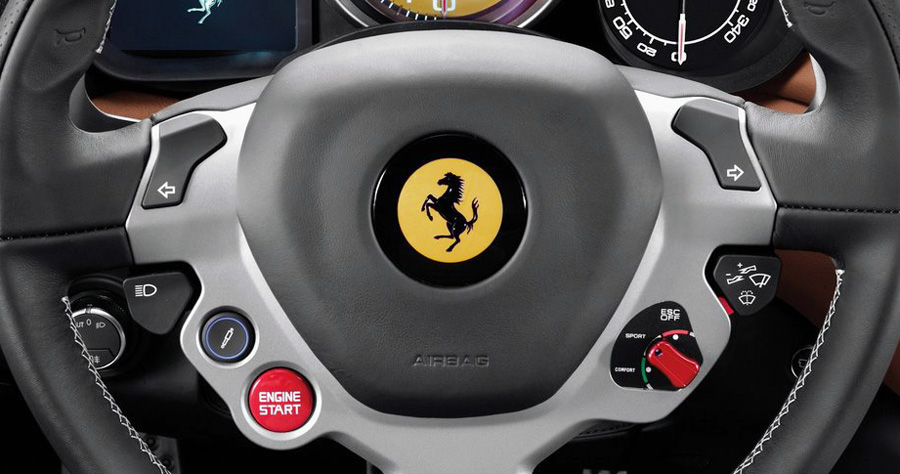