“The Department of Public Works and Highways (DPWH) signed a contract for the detailed engineering design works of the Bataan-Cavite Interlink Bridge (BCIB) back in October 2020. More than a year since, the agency now shares that it has made some significant progress.

“During the first inter-agency steering committee held recently, it was announced that the design work for the flagship infrastructure project is 34% complete as of February 2022. This was in spite of the mobility issues and slowdowns in the release of requirements that were caused by the pandemic.

“Asian Development Bank (ADB) country director Kelly Bird also reaffirmed the ADB’s full commitment to the various DPWH projects, including the BCIB. He expressed optimism that the project will be in full swing real soon.

“Bataan governor Albert Garcia emphasized the significance of the project, as it is set to connect Regions III and IV-A and, ultimately, the National Capital Region—which he sees as “three of the fastest-growing regions in the Philippines.”

“The entire BCIB will cost P175.7 billion to build. The four-lane bridge will span 32.15km. It will start at Barangay Alas-asin in Mariveles, Bataan, cross Manila Bay, and end at Barangay Timalan in Naic, Cavite. Once the bridge is completed, motorists will supposedly be able to drive from one end to another in 20-30 minutes.”

“Just about year ago, the Common Station was at 48.48% completion. Now, if the latest updates from the Department of Transportation (DOTr) are anything to go by, it appears the project is really starting to take shape.

“According to the agency’s Facebook post, construction of the Common Station—also called the Unified Grand Central Station—will be finished soon. Just how soon is still a question, but the DOTr has advised the public to stay tuned for the latest developments throughout this month.

“The Common Station is located on North Avenue. It will serve as the interconnecting terminal for the LRT-1, the MRT-3, the MRT-7, and the Metro Manila Subway.

“Construction was slated for completion in December 2021 but the schedule has since been pushed back. The DOTr didn’t mention the possible causes for the delay, but this could probably be attributed to the multiple pandemic-related lockdowns last year.”

“Early in February, we reported that the Binondo-Intramuros Bridge was scheduled to open by Holy Week 2022. We also shared images of the structure being put up over the Pasig River, albeit ones taken from afar and from a bird’s-eye view.

“Now, we get a proper look at the structure up close. These new photos were taken at the bridge’s construction site just yesterday during an inspection by Chinese ambassador Huang Xilian and foreign affairs undersecretary Robert Borje.

“Frankly, the new Binondo-Intramuros Bridge is shaping up to be one very Instagram worth piece of infrastructure. It should make for a relatively scenic stretch to drive on, aside from helping preserve older structures like the Jones and MacArthur Bridge by serving as an alternate route. There’s also a ‘China-Philippines Friendship Garden’ nearby for pedestrians to enjoy.

“The P3.39-billion bridge was originally scheduled to be completed in September 2021 but faced delays due to the COVID-19 pandemic. Once it’s finished, it is expected to serve as many as 30,000 vehicles per day.”

DOE tells motorists to be wary of spikes in fuel prices

“If you own a motorized vehicle, you’ve probably noticed that fuel prices have been trending upwards lately. Russia’s ongoing conflict with Ukraine isn’t helping make matters any better, and according to the Department of Energy (DOE), motorists may want to brace themselves for worse.

“In a statement, the DOE warned that spikes in fuel prices are inevitable given what’s going on in global markets. According to DOE secretary Alfonso Cusi, the situation in Europe is more reason for the country to work towards energy independence.

“‘Our country, as an importer of petroleum products, is again at the mercy of global price movements. We must work towards decreasing our dependence on others for our energy needs,’ Cusi stressed.

“The agency also took the opportunity to highlight the measures being taken to help the country cope. These include coordinating with fuel companies for the extension of public transportation fuel discounts, proposed amendments to the Oil Deregulation Law, and the suspension of excise taxes on fuel.”

“The government has begun loosening up restrictions on public transportation under Alert Level 1. And in addition to PUVs being allowed to operate at maximum capacity, there’s now a new announcement that commuters should take note: The use of backriding shields is no longer required for motorcycle taxis.

“One of the major motorcycle-taxi operators, Angkas, has already released an advisory. Not only that, but passengers are also no longer required to bring their own helmets. But if commuters still wish to use their own gear, they may do so.

“You may recall that the operational guidelines for motorcycle taxis have been subject to public scrutiny throughout this pandemic. The Department of Transportation (DOTr) or the Inter-Agency Task Force for the Management of Emerging Infectious Diseases (IATF-EID) has yet to release the full Alert Level 1 guidelines, but be reminded that the pandemic isn’t over and that the public is still advised to follow the minimum health protocols.

“As for motorcycle-taxi riders, we know this comes as good news to many of you and we’re sure you’re all eager to get rid of your backriding shields ASAP, but it might be best to keep those in storage for now. There’s still no certainty whether or not these shields will still be needed again in the future.”

“After almost two years, EDSA is beginning to feel like normal again. By ‘normal,’ we mean slow-moving traffic on the regular—and things are expected to get more complicated with the capital’s shift to Alert Level 1.

“Considering the sudden influx of vehicles expected with the National Capital Region’s (NCR) loosening of restrictions, we can’t help wondering how the Metropolitan Manila Development Authority (MMDA) plans to take on the challenge. Thankfully, the agency has help courtesy of the traffic cameras keeping watch over EDSA.

“In a recent interview with TV Patrol, MMDA traffic chief Bong Nebrija bared that the agency plans to intensify its enforcement of the no-contact apprehension program.

“Yes, Metro Manila has made great strides when it comes to accommodating cyclists over the past couple of years. Still, there’s a long way to go before our nation’s capital can call itself ‘bicycle-friendly.’

“There are many other interesting statistics we can pick up here. For starters, the most dangerous hours to be out on a bicycle are 6am to 7am and 7am to 8am. Those periods recorded the highest number of bike-related mishaps with 203 and 229 incidents, respectively.

“The most common type of accident involving bicycles? Side swipes, of which there were 726 recorded cases. The city with the most bike-related accidents? Quezon City, with a total of 586. January was the worst month for Metro Manila cyclists with 252 recorded accidents, too.” 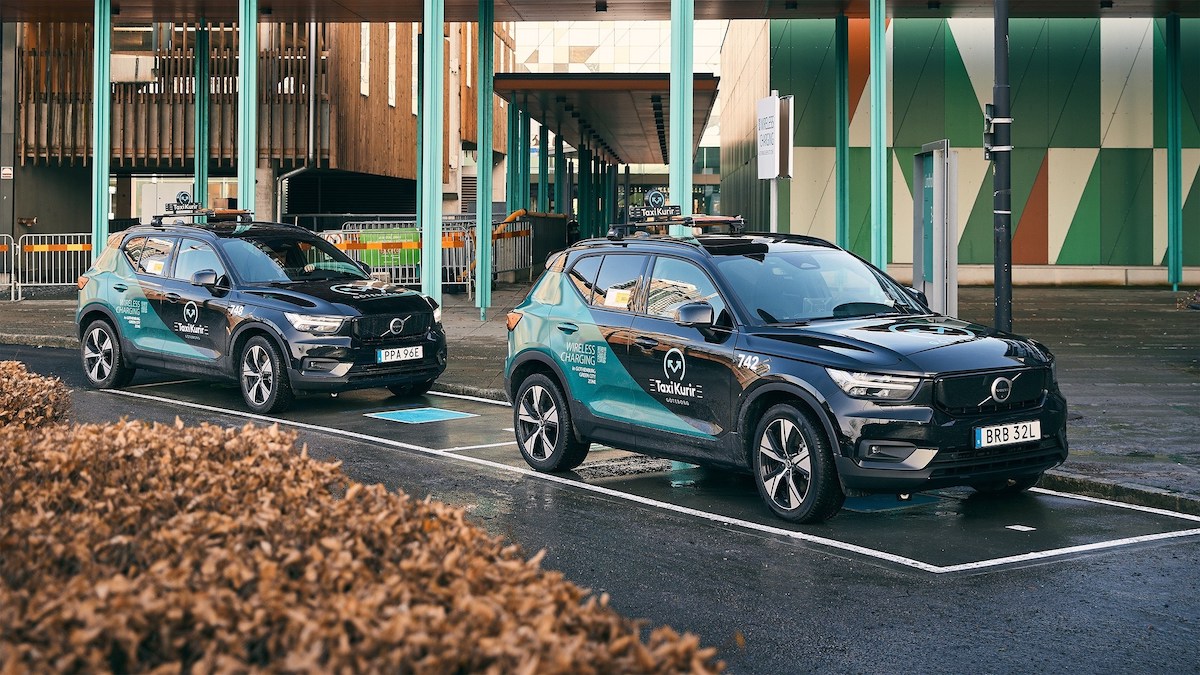 Volvo is testing new tech that will charge EVs wirelessly
View other articles about:
Recommended Videos
Read the Story →
This article originally appeared on Topgear.com. Minor edits have been made by the TopGear.com.ph editors.
Share:
Retake this Poll
Quiz Results
Share:
Take this Quiz Again
TGP Rating:
/20