The skyrocketing fuel prices have been the talk of the town this week
by TopGear.com.ph | Mar 13, 2022

This is how the MMDA counts cars on EDSA

“One of the biggest factors when it comes to traffic management on EDSA during the pandemic is vehicle count. Many decisions, such as when and when not to implement the number coding scheme, partly depend on the volume of cars that pass through the thoroughfare. But how exactly does the Metropolitan Manila Development Authority (MMDA) keep track of this?

“One would think that perhaps the agency’s traffic cameras do all of the counting, right? This isn’t the case, though. MMDA traffic chief Bong Nebrija provided Facebook users with a behind-the-scenes look at how it’s done:

“Yes, that’s right. That is an MMDA enforcer counting the cars on EDSA manually from a pedestrian overpass. Frankly, this is nothing short of impressive. Can you imagine the level of focus it takes to keep tabs on a sea of cars during rush hour and come up with a count accurate enough to base major policy decisions on?

“‘Many have been asking when are we going to bring back the old number coding. We always say we will be basing it on the data that we will be collating. Every day these unsung heroes of our traffic engineering get the raw data we will be processing to base our decisions,’ Nebrija says in his Facebook post.”

Makati City announces the return of the number-coding scheme

“Motorists who’ve been enjoying number coding exemptions while passing through Makati City the past few months, take note: The number-coding scheme is making a return soon.

“Makati City has announced that it will once again be implementing its full number-coding scheme starting on March 16. It will be enforced from 7am to 7pm, which is far more restrictive than the 5pm to 8pm coding period the rest of the National Capital Region (NCR) is currently adhering to. The only exemption that will remain will be for cars ferrying senior citizens with Blu Cards.

“This news comes several months after the number-coding scheme returned to Metro Manila’s streets to cap off 2021. And in case you missed it, the Metropolitan Manila Development Authority (MMDA) is already looking to expand the current scheme to cover 7am to 9am as well.”

Could PH fuel prices hit P100/L? The DOE speaks up

“Bad news for motorists: It doesn’t look like local fuel prices are going to trend downward any time soon—at least not unless factors outside our control, like the ongoing conflict between Russia and Ukraine, settle down.

“‘We all know that the price of oil has been increasing the past 10 weeks. It’s not only here in the Philippines, but globally. Since the country is not an importer, masyado malaki ang epekto sa ating bansa,’ Energy secretary Alfonso Cusi said during a recent press conference held by the Department of Energy (DOE).

“‘Oil is really increasing, and it is projected to further increase complicated by the war between Russia and Ukraine. Even before the war, the price has been increasing dahil sa kakulangan ng supply sa world market. Estimated at one billion barrels [a day] ang kakulangan ng world market,’ he added.

“Aside from the ongoing hostilities in Europe, Cusi also attributed the rising fuel costs to a reduction in COVID-19 cases following the last wave caused by the Omicron variant. The official said that this, combined with oil-producing nations unable to keep up with current demand, is driving prices up.

“So, how much worse can this situation get for motorists? Later in the press conference, Cusi was asked by the media if the DOE sees fuel prices reaching P100/L. According to the official, it depends on the global oil market.

“Basically, a lot of this is outside of our control. To help the public out, the DOE says it is coordinating with fuel providers for the implementation of discounts, and will provide subsidies to sectors that need them the most. The agency will also continue to monitor the situation and ensure sufficient supply.”

“Remember when portions of EDSA were covered in mud—whether intentionally or unintentionally, we don’t know—not once, not twice, but thrice? The shenanigans essentially turned parts of the thoroughfare into a mini off-road course.

“It was one of the biggest motoring issues of 2021. One of the theories floated around was that an overloaded truck filled with dirt was behind it. Anyway, Metropolitan Manila Development Authority (MMDA) personnel recently flagged down one such truck on EDSA, and traffic chief Bong Nebrija took the opportunity to call out the practice of overloading.

“In a Facebook post, Nebrija blasted truck drivers and operators who make a habit out of filling their beds to the brim with cargo. The truck featured in his post was so overloaded with dirt that wooden boards were put up to serve as an extension barrier keeping the debris in place. Look:

“‘You ask why there are mud spills and salt spills on EDSA? Here is a classic example of how trucks overload their cargo.

“‘They put board extension and fill their truck to the brink to the point that even their tarps cannot cover them anymore,’ Nebrija said. 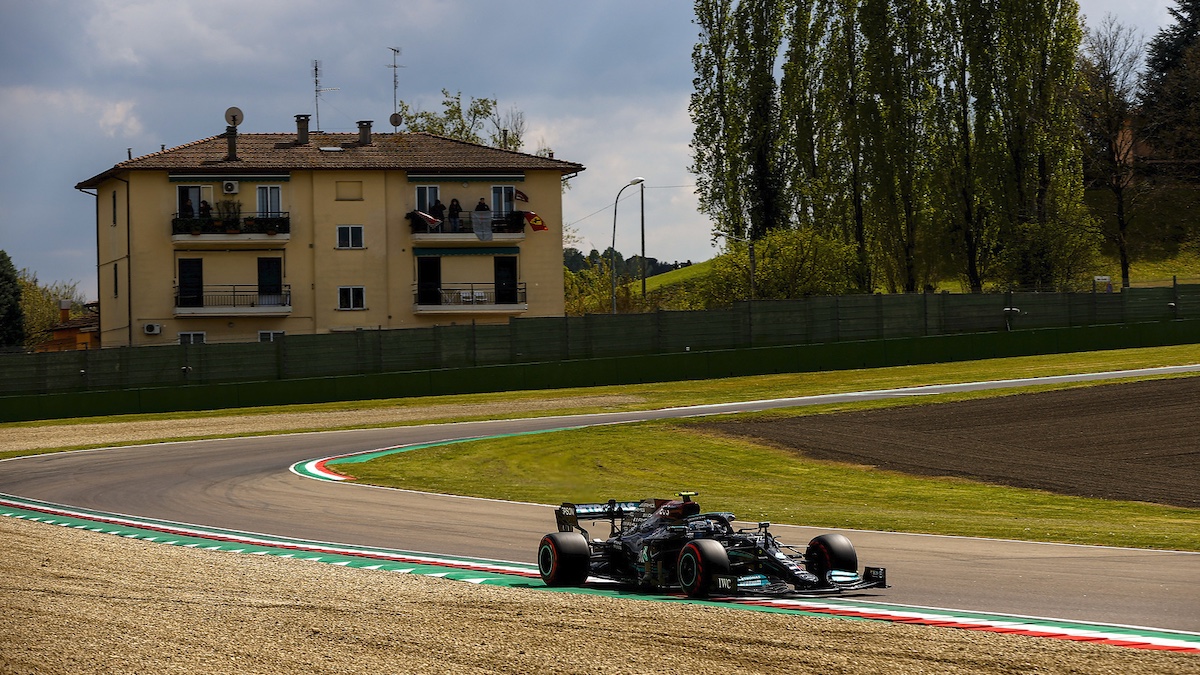 There will be a Formula 1 race at Imola until 2025
View other articles about:
Read the Story →
This article originally appeared on Topgear.com. Minor edits have been made by the TopGear.com.ph editors.
Share:
Retake this Poll
Quiz Results
Share:
Take this Quiz Again
TGP Rating:
/20