DOE says a major fuel-price rollback could happen next week

“Eager to hear some positive fuel-related news? After weeks and weeks of price hikes, we all are. Lucky for you, we do have some good news: The Department of Energy (DOE) is expecting to see a major fuel-price rollback next week. Finally.

“According to DOE secretary Alfonso Cusi, the average price of oil per barrel in Dubai has gone down from $122.61 per barrel to $104.79 per barrel over the past week. If this trend were to continue, Cusi said we could see prices go down by around P5 per liter for gasoline and about P12 per liter for diesel, basically negating this week’s big-time price hike.

“If you can afford to, you might want to hold off on your trip to the gas station in case the DOE’s projections hold true come next week. There’s still a long way to go before we see diesel and gasoline prices go back to normal, but at this point, we’ll take any price rollback we can get. It’s better than seeing the numbers go all the way up to P100/L.”

“Apart from observing fuel-saving practices behind the wheel, one of the best ways to cut our expenses now that fuel prices are at an all-time high is to do away with our vehicles entirely. But of course, that’s not something all of us can afford, especially when a good chunk of the Metro Manila workforce is now starting to return to the office.

“The Department of Energy (DOE), however, is encouraging companies to adopt a compressed workweek setup or even implement work-from-home arrangements even as COVID-19 restrictions continue to loosen up. The recommendations are ultimately aimed at helping workers reduce work-related expenses amid the continuously rising fuel prices.

The DOTr has unveiled the new PNR Clark Phase 1 trains

“The first rolling stock of the PNR Clark Phase 1 under the North-South Commuter Railway project arrived in the Philippines back in November. Today, the Department of Transportation (DOTr) has fully unveiled this set to the public.

“The eight-car train set is supposedly the longest electric multiple unit in the country to date, spanning 160 meters long. It can ferry about 2,228 at a time and can operate at speeds of up to 120kph. LCD screens are also equipped inside the trains for passenger guidance and information, and CCTV systems will be put in place.

“The DOTr says 12 more sets of these eight-car rolling stocks are set to arrive within the year. Once PNR Clark Phase 1 is completed, it is expected to reduce travel time from Tutuban in Manila City to Malolos City in Bulacan from one hour and 30 minutes to just 30 minutes. It will be part of the bigger NSCR project that stretches 147km long with 37 stations and 464 train cars in total.”

The Tacloban City Bypass Road is now open to motorists

“Motorists from Tacloban will now have an easier time going around their city, as the Department of Public Works and Highways (DPWH) has officially opened a new bypass road project in the area.

“The newly inaugurated Tacloban City Bypass Road is a 6.405km road network along Daang Maharlika that connects Barangay Nula-Tula and Barangay Caibaan. It seeks to facilitate faster and more efficient travel in the city. The new road spans four lanes in total, and it also includes drainage- and slope-protection structures.

“The new road is expected to decongest traffic along Daang Maharlika, ultimately bolstering the potential for development in the city as well as the province of Leyte. The DPWH says the Tacloban City Bypass Road will be able to service at least a thousand motorists per day.”

“Attention, commuters: If you’re planning to go around Metro Manila via the MRT-3 this coming Holy Week, you might want to start looking for alternatives as early as now. (What a swell time to have high fuel prices, right.)

“The MRT-3 management has just announced that the rail line will be unavailable from April 13 to 17, 2022. The temporary shutdown will be done to make way for the annual preventive maintenance activities. The trains will resume operations on Monday, April 18, 2022.”

“Any motorists and car owners here from Batangas? If you have any pending transactions with the Land Transportation Office (LTO), you can choose to carry them out at the newly inaugurated Lipa District Office.

“The new office was opened earlier this week and is located in Barangay Marawoy, Lipa, Batangas. It boasts much wider floor space than the old office and is also equipped with a CCTV system, centralized air-conditioning, and the new digitized system for license applications and renewals.

“The new Lipa District Office now has a larger waiting area and examination room, as well as a test-driving area.

“The new LTO facility can supposedly cater to around 600-800 customers daily. It is expected to service not just Lipa, but also neighboring towns and cities like Malvar, Balete, Santo Tomas, San Jose, and Cuenca.”

“Senatorial candidates on March 12 presented their solutions for commuter woes before ‘The Rundown’, as workers returning to the office brave Metro Manila traffic under Alert Level 1.

“When asked how to improve the commute for Filipinos and lessen car dependence in the new normal, senatorial candidate Astra Pimentel said subsidized transportation and the promotion of active transport must be prioritized.

“Human rights lawyer Neri Colmenares said the responsibility of running mass transport systems for the public should fall on the shoulders of the government, and not on the private sector. 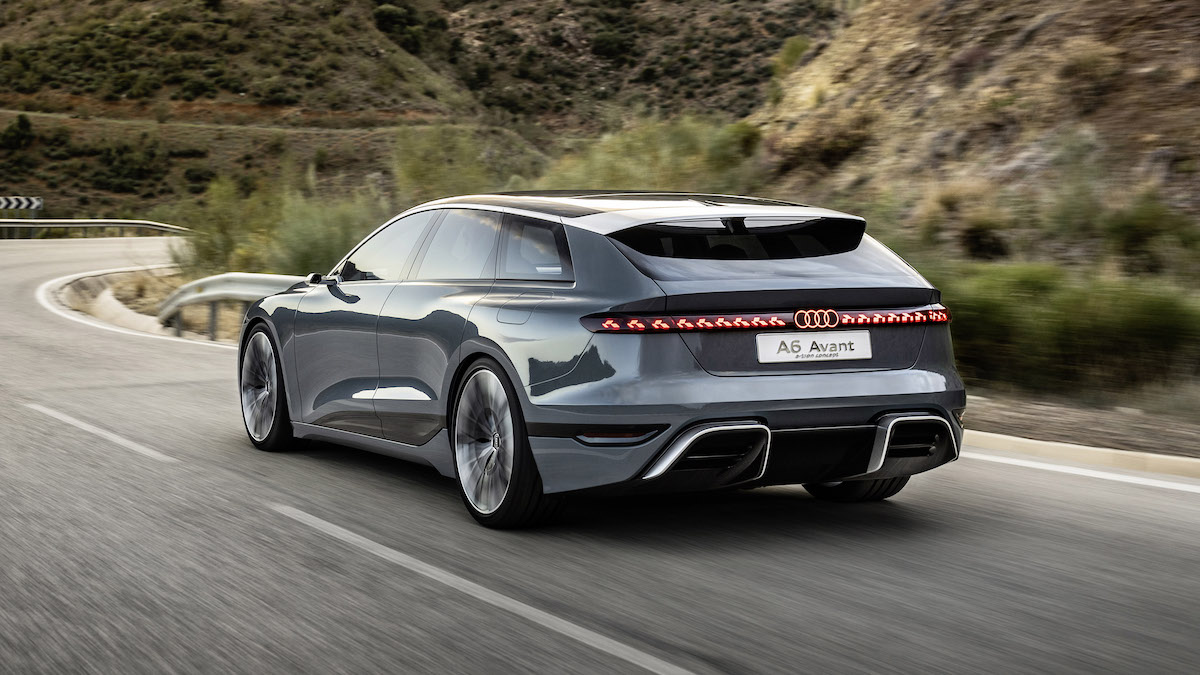 Audi wants to make wagons great again with the A6 Avant e-tron concept
View other articles about:
Read the Story →
This article originally appeared on Topgear.com. Minor edits have been made by the TopGear.com.ph editors.
Share:
Retake this Poll
Quiz Results
Share:
Take this Quiz Again
TGP Rating:
/20