“Bike lanes aren’t for motorists. They’re for bicycles, e-bikes, electric kick scooters, and other similar modes of transport. We’ll just continue reiterating this because it appears a lot of motorists still need that constant reminder.

“In Quezon City, the Green Transport Office under the Department of Public Order and Safety (DPOS-GTO) recently apprehended several motorists who were caught misusing the bike lanes along Visayas Avenue, Luzon Avenue, and Katipunan Avenue. All sorts of vehicles were flagged by the Quezon City bike patrol. Motorcycles, tricycles, SUVs, vans—no vehicle was spared.

“According to Article 5, Section 21 of the Traffic Management Code of Quezon City (SP-1444, S-2004), motor vehicles ‘are prohibited from being driven or parked on any lane of a public street or path reserved exclusively for bicycles and provided with a sign bearing a symbol of [a] bicycle.’

“The Land Transportation Office (LTO) has an early Christmas gift for motorists who’ve been on the agency’s ‘nice list’ this year.

“Starting October 28, the agency’s Central Office–Licensing Section and Quezon City Licensing Center (QCLC) will begin implementing the provision of Republic Act No. 10930 that allows for the renewal of Philippine driver’s licenses to 10 years instead of just five.

“Of course, by now you know that not everyone can avail themselves of this privilege. Only motorists without any recorded traffic violations are eligible to take advantage of this. Drivers who do not have a clean slate will have to settle for the usual five-year extension.

“The LTO is also stressing that all driver’s license renewal applicants must undergo the agency’s Comprehensive Driver’s Education (CDE) in order to get a certificate. CDE materials can be accessed via the official LTO portal, accredited driving schools, and LTO offices across the country.”

And here’s how you can avail of it

“All driver’s license holders and applicants are now required by law to take a Comprehensive Driver’s Education (CDE) refresher seminar and exam. The new requirement is mandated by Section 3 of Republic Act 10930.

“‘The LTO shall promulgate prerequisites and guidelines before the grant of drivers’ licenses to ensure that these are issued only to deserving applicants with sufficient driving skills and knowledge on road safety and proper road courtesy. Toward this end, the conduct of theoretical and practical examinations, among others, must sufficiently measure the competency of drivers and must be designed to the type of license applied for its corresponding restrictions: Provided, that for professional drivers, the tests must be appropriated to the vehicle and type of service the applicant intends to operate,’ the section reads.

“Each CDE seminar will take five hours at most and consists of video and written materials provided by the LTO. These can be taken for free at Driver Education Centers or for a fee at driving schools accredited by the agency. If you fail the CDE exam following the seminar, you will be required to retake the test.

“Currently, only the LTO Central Office and Quezon City Licensing Center are issuing 10-year driver’s license extensions. Other Metro Manila branches are expected to follow a week later. If you choose to renew your license at a branch that still cannot issue 10-year extensions, you will do so via the agency’s old system.

“In a statement, the LTO said that the new measure is in place to ensure only qualified motorists are able to get behind the wheel.”

“The Department of Public Works and Highways (DPWH) has opened yet another bypass road in Quezon, this time connecting the Municipality of Sariaya and the City of Lucena.

“The newly inaugurated Sariaya Bypass Road is a 7.42km four-lane concrete road with four two-lane concrete bridges. It provides access from the Manila-South Daang Maharlika all the way to the Quezon Eco-Tourism Road and vice versa.

“The project began back in 2014 and was completed earlier this year. The new road is expected to cater to about 15,000 motorists daily and to reduce vehicle volume along Daang Maharlika by up to 70%, as it will help divert trucks from local roads.”

“In addition to the cash aid that the Department of Transportation (DOTr) will be handing out to PUV drivers, the agency also wants to help these people cope with the rising fuel prices by increasing the PUV passenger capacity in the metro.

“During a recent Senate hearing, assistant secretary Mark Steven Pastor confirmed that the DOTr has already submitted a proposal to allow PUVs in Metro Manila to operate at full capacity.

“The agency presented several arguments, one of which is this: ‘Studies have shown that reliance on complete face mask use and partial hand sanitizer use was proven enough to contain three very modest COVID-19 waves while preserving normal bus services.

“‘Other studies have also revealed that passengers in the high-risk zones (seats in the same row with an infected passenger and within three rows) had moderate but not significantly higher risks and that ‘rigid’ safe distancing rules are an oversimplification based on outdated science and experiences of past viruses.’

“The DOTr also mentioned that Metro Manila is ‘the ideal place to test the proposal’ since 81.4% of the population is already fully vaccinated and because public utility jeepneys in the capital are well-ventilated.”

And it will do so gradually starting November 4

“The Department of Transportation’s (DOTr) proposal to increase the capacity of public transport vehicles in the capital has been approved by the Inter-Agency Task Force for the Management of Emerging Infectious Diseases.

“According to the agency’s latest statement, it will be implementing a gradual increase in passenger capacity for both road- and rail-based transport networks. Starting Monday, November 4, 2021, public utility vehicles and trains will be allowed to operate at 70% capacity.

“The DOTr has yet to provide a specific timeline as to when the capacity will go back up to 100%, though it did confirm that it will work with relevant attached agencies and issue memoranda regarding the matter. This pilot implementation will only last for one month, so we can expect to hear updates from the DOTr real soon.”

“Slowly but surely, the MRT-7 project is inching toward completion. And if the line’s brand-new train cars are an indication of what commuters can expect, the wait might very well be worth it.

“In a statement, the San Miguel Corporation (SMC) announced that the latest batch of Hyundai Rotem MRT-7 train cars have arrived from the Masan Port in South Korea and have been mounted along the tracks between University Avenue and Tandang Sora.

“‘Work continues nonstop on the MRT-7 project, so we can meet our target start of operations by end of 2022. I’m glad to report that we’re on track to meet all the key milestones we expect this year,’ SMC head Ramon S. Ang said, adding that the new train cars are similar to the ones being used in South Korea.

“‘People who have not been able to visit South Korea or travel around using its trains will be in for a great experience, whether they are commuting to work or school. As we expect the economy to continue to open more especially in the coming years, MRT-7 will be ready in time to serve the public as our economy rebounds and resumes growth.’

“With this update, the entire 22km MRT-7 project is now over 56% complete. SMC is scheduled to receive six more sets of train cars before the end of 2021, and test runs are estimated to begin in December next year.

“Once the project is complete, it is expected to serve as many as 300,000 passengers per day in its first year and can supposedly service up to 850,000 per day once it hits its 12th year of operation. SMC also claims that the MRT-7 will cut travel time between Quezon City and Bulacan to a mere 35 minutes.”

“The Department of Transportation (DOTr) recently made clear that it will not be enforcing a fare hike to help PUV drivers cope with the rising fuel prices. The agency said it will instead look into other solutions, such as financial aid.

“Now, the DOTr has announced that the Development Budget Coordination Committee (DBCC) has agreed to release P1 billion to the Land Transportation Franchising and Regulatory Board (LTFRB) as fuel subsidies to help support the transportation sector.

“Qualified drivers will receive cash grants through the Pantawid Pasada Program of the LTFRB, and disbursement shall be handled by the Land Bank of the Philippines. Money will be transferred directly to the cash cards that have been issued to the drivers. No word on how much each driver will be receiving, but the Philippine News Agency said in a report that some 178,000 drivers will benefit from the subsidy. 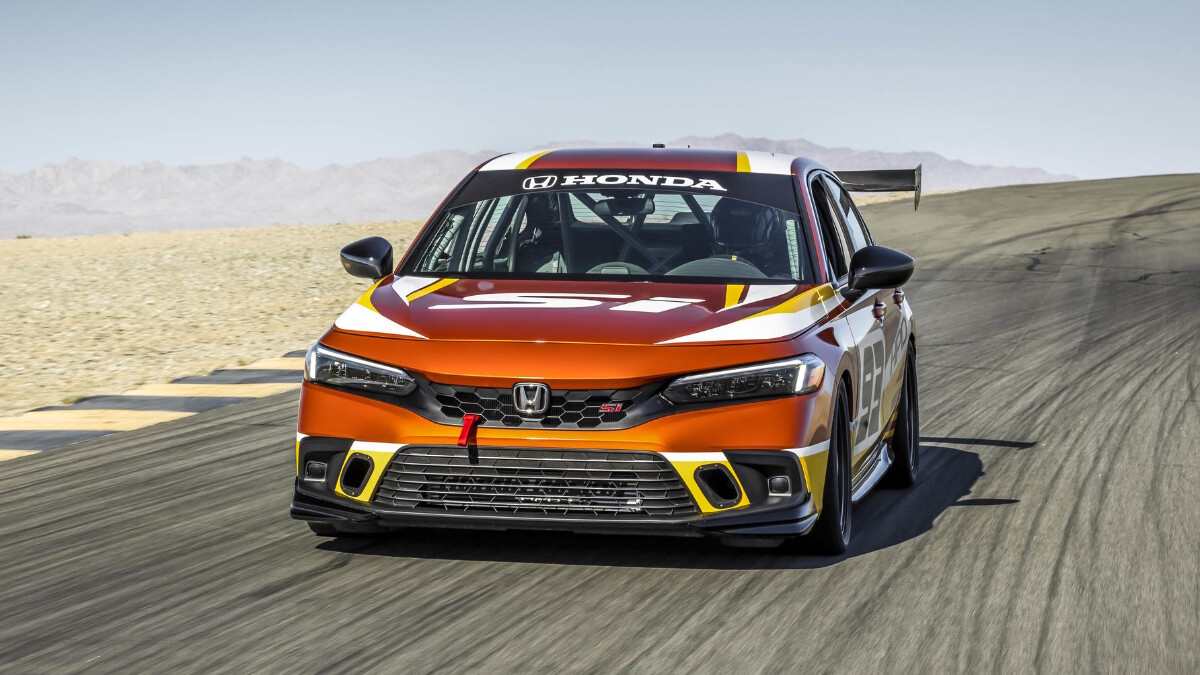 This SEMA-bound Honda Civic Si is a proper turn-key race car
View other articles about:
Read the Story →
This article originally appeared on Topgear.com. Minor edits have been made by the TopGear.com.ph editors.
Share:
Retake this Poll
Quiz Results
Share:
Take this Quiz Again
TGP Rating:
/20