“The number one reason motorcycle riders wear helmets is for protection. These lids are important safety gear, not mere apparel that you pick to make a fashion statement.

“But if you’re that keen on style, there are a lot of snazzy designs you can choose from—just get one that has the proper certifications. What you should avoid are modified helmets, like the one pictured above.

“Many of you have probably seen similar helmets—you know, ones that look like they were taken straight out of Alien vs. Predator. Sure, they might look cool to some people, but here’s the thing: They’re illegal.

“The Inter-Agency Council for Traffic (I-ACT) recently flagged down the rider wearing the helmet and shared it on social media to remind motorists that using heavily modified gear like this is not allowed.

“The I-ACT’s statement reads: “Standard helmets as prescribed by [Republic Act No.] 10054, also known as the Motorcycle Helmet Act of 2009, are meticulously inspected and approved by [the Department of Trade and Industry] through its specification guidelines. This has to be made to ensure that the helmet’s shell can withstand extreme force and pressure, especially during accidents. However, heavy modifications which include drilling and poking holes may compromise and even damage the overall integrity and durability of the helmet technically making it unsafe for riders in case of accidents.”

“The I-ACT clarified that these modded helmets can still be used, but only for special activities that do not include driving on public roads.”

So, you’ve steered clear of traffic violations and managed to qualify for a 10-year driver’s license extension from the Land Transportation Office (LTO). Congratulations are in order, but there are a couple of new guidelines you’ll need to keep in mind once you’re due for a renewal.

One of the biggest changes the LTO has made is in regards to medical exams. Click the link above to read up on everything you need to know about the agency’s new medical policy for 10-year license holders.

A 3.169km bridge connecting Misamis Occidental and Lanao del Norte is in the works

“The Department of Public Works and Highways (DPWH) is working on another bridge down south, this time in Mindanao.

“The agency recently shared that the construction of the Panguil Bay Bridge Project is ‘moving ahead,’ as bored piles for the piers have already been completed offshore. There’s still a lot of work to be done, as the DPWH expects the bridge superstructure activities to begin sometime in 2022.

“The P7.38-billion project is one of the flagship infrastructure projects implemented by the DPWH-Unified Project Management Office Roads Management Cluster 2. It covers the construction of a 3.169km bridge that will connect Tagub City in Misamis Occidental and Tubod in Lanao del Norte.

“Once completed, the DPWH says the bridge will reduce travel time (via land) between the two areas from two and a half hours to just seven minutes. It is also expected to shorten travel from Cagayan de Oro and Iligan to Tangub and the northern parts of the Zamboanga Region.”

Plastic barriers in PUVs are no longer required

“Last week, the Department of Transportation (DOTr) announced that public utility vehicles (PUVs) may return to plying routes at 70% capacity beginning November 4. This, however, isn’t the only change commuters can expect when they head out on Thursday.

“The agency has also announced that plastic barriers will no longer be required inside PUVs as well. This adjustment will also begin on November 4.

“In a recent press conference, DOTr assistant secretary for road transport Steven Pastor said there are no medical findings that suggest plastic barriers are effective in preventing the transmission of COVID-19 in public transport.

12-4am curfew in Metro Manila lifted as of November 4

“Prepare for some even bigger changes starting tomorrow, November 4. Apart from the increase in passenger capacity and the removal of plastic barriers in PUVs, the curfew in the capital is also set to be lifted.

“According to the latest advisory from the Metropolitan Manila Development Authority (MMDA), mayors from the Metro Manila Council (MMC) have agreed to lift the shortened 12-4am curfew that was implemented last month. This will be done as mall operating hours extend to 11pm in preparation for the Christmas season.

“‘The lifting of curfew hours in Metro Manila will help spread out the influx of people coming to and from malls to further reduce the risk of virus transmission,’ said MMDA and overall MMC chairman Benhur Abalos.

“The agency stressed, however, that curfews for minors based on existing ordinances of various local government units will prevail. It also reminded the public that COVID-19 safety protocols and minimum public health standards must also still be observed despite restrictions loosening up.”

“So here’s another reason to stick to the rules while you’re behind the wheel: If you accumulate enough violations under the Land Transportation Office’s (LTO) new demerit system, the agency will require you to undergo a psych evaluation.

“Long story short, accumulating 40 demerit points will result in the outright revocation of the violator’s LTO driver’s license. And according to the implementing rules and regulations (IRR) of Republic Act No. 10930, you will need to undergo neuro-psychiatric assessment to have it reinstated.

“This evaluation must be conducted at a government-accredited facility and must result in a recommendation for the restoration of driving privileges. If you fail, you won’t be driving anytime soon.

“‘This provision generally applies to any person with a revoked license who has been found to be an improper person to operate motor vehicles, or to have committed, or as an accessory to any crime or act which endangers the public while operating a motor vehicle,’ the IRR of RA 10930 reads.

“‘Likewise, the same requirement applies to any person who has accumulated at least 40 demerit points and has been subject to an outright revocation of driver’s license under Section 16 of the IRR of RA 10930, and those whose driver’s license has been revoked for any other lawful reason except in cases where perpetual disqualification from being granted a license has been imposed.’

“Basically, you’ll need the neuro-psychiatric evaluation if your license has been revoked. And since we figure not many of you are out on the road serving as an accessory to crimes or outright endangering the public, racking up traffic violations is the easiest way for this to happen.”

“More and more cities and provinces outside of Metro Manila are starting to implement no-contact apprehension programs (NCAPs) in their locales. The latest one to do so is Bataan.

“The Bataan provincial government, along with the Metro Bataan Development Authority (MBDA), recently launched its new contactless apprehension program along the Roman Superhighway to catch erring motorists and monitor the observance of traffic rules along the 68km thoroughfare. The government shared the timely implementation, as there has recently been a growing number of large vehicles traversing the highway to get to and from the Freeport of Bataan.

“‘We are proud that our province is the host of the fastest growing freeport in the country, however we cannot sacrifice the safety of Bataeños who share the road with traversing motorists,’ said Bataan governor Albert Garcia. ‘With the help of NCAP, we are provided with a layer of safety in ensuring that those who do not follow traffic rules in Bataan will be apprehended and educated to curb the presence of reckless drivers plying along our roads.’

“Bataan’s NCAP uses cameras with AI tech that allows them to capture conduction stickers and license plates of all violators. When a violation is detected, the case is relayed to the Bataan Traffic Adjudication Board for approval. Once it gets the green light, the system sends a Notice of Violation (NOV) to the registered owner of the vehicle.” 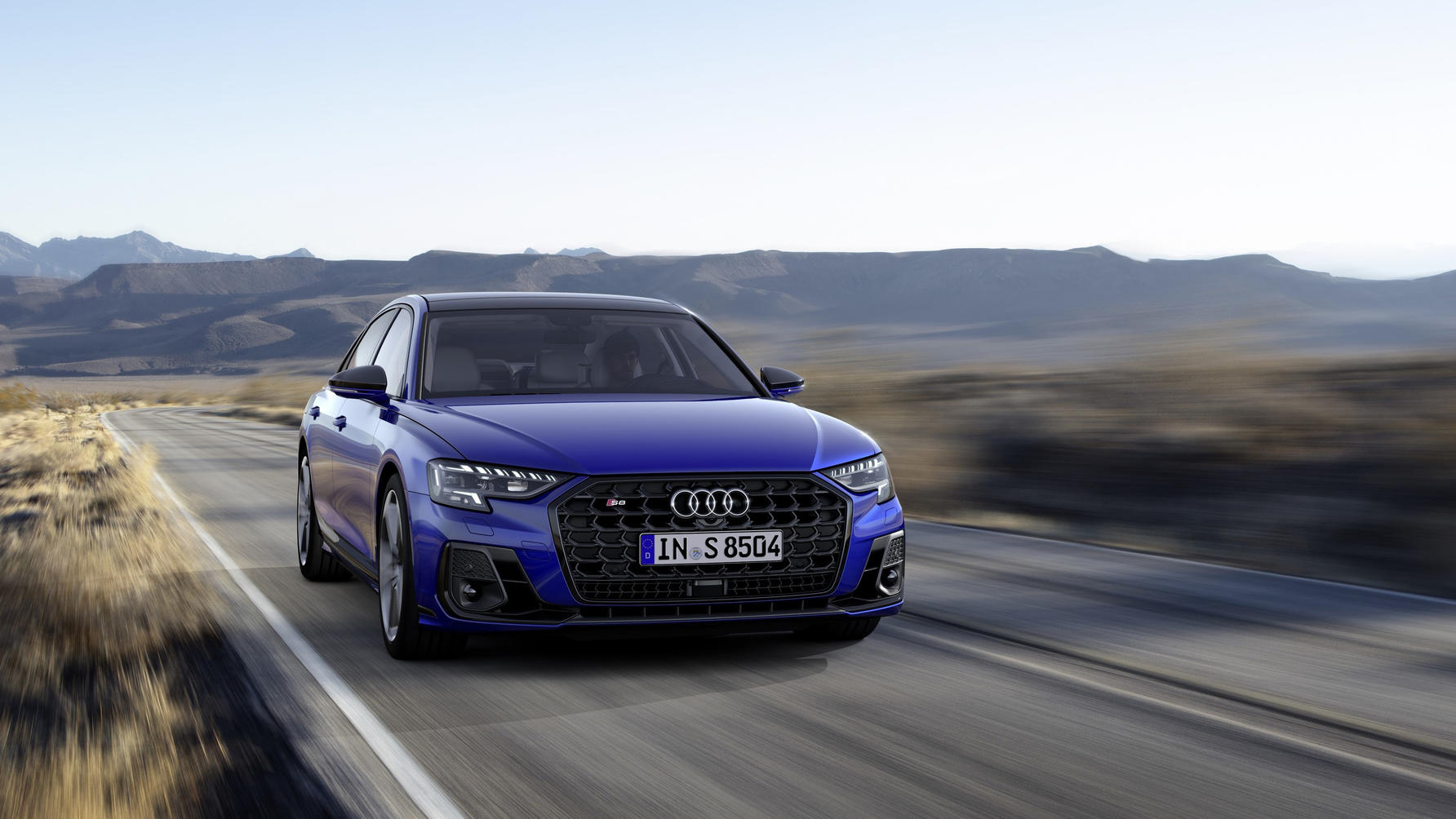 The updated Audi A8 S Line is the version to have if you’re not a fan of chrome
View other articles about:
Read the Story →
This article originally appeared on Topgear.com. Minor edits have been made by the TopGear.com.ph editors.
Share:
Retake this Poll
Quiz Results
Share:
Take this Quiz Again
TGP Rating:
/20