“The Bureau of Customs (BOC) recently made headlines when it announced that it will be auctioning off some of the imported luxury cars in its possession in lieu of a public demolition. The sale will be carried out through sealed bidding later this week.

“There are seven units listed in the BOC’s first public auction, one of which is a 2008 Ferrari F430 Scuderia that was involved in some recent controversy. The supercar is listed with a floor price of P23,225,124, making it the most expensive of the bunch. We’re not experts in current used Ferrari prices, but that seems overpriced to us.

“If you want to see more details about the auction, you can check out the Land Bank of the Philippines’ official Facebook post below:

“All units will be sold to the winning bidder on an ‘as-is-where-is’ basis, so these will be turned over in their current conditions. The units should be pulled out within 10 days from the receipt of the Notice of Award. The RHD units must be brought to a conversion facility accredited by the Land Transportation Office.”

“Fuel prices in the Philippines have continued to drop these past few weeks, much to the delight of many motorists. More good news has come in today as a major rollback is set to be implemented tomorrow.

“Effective December 7, 2021, the prices of diesel products will go down by P2.65 per liter and gasoline by P2.40 per liter. This is one of the biggest rollbacks of the year so far—coming in just in time for the holidays.”

“The Light Rail Manila Corporation (LRMC) is making even more changes for LRT-1 commuters. After recently revealing its QR-based ticketing system, LRMC has announced that Beep cards may now be used to pay kiosks at LRT-1 stations.

“The first merchant to accept Beep payments is Master Siomai, with stalls at the Baclaran, EDSA, and Balintawak stations. Passengers may now also top up their accounts with any load denomination but without the convenience fees charged by other Beep loading partners.

“Through this project, LRT-1 merchants will have a portable ‘Standalone Payment and Loading Device’ that will enable them to process Beep-card payment transactions and loading without having to use any external processing system. The system allows for faster and contactless transactions.”

“If there’s one thing the ongoing pandemic has made even more obvious, it’s that Metro Manila sure can use better urban planning—something already painfully obvious since pre-lockdown. Centralized layouts cause traffic jams, but if we had bike lanes to encourage better mobility and open spaces to maintain social distancing, we Metro folk might actually like moving around. In an effort to provide more public parks and urban green spaces to its residents, Valenzuela City is rehabilitating Fatima Avenue.

“The open-space project Pambansang Dambana ng Birhen ng Fatima is designed by the office of architect Gerard Lico, who is known for championing heritage conservation in architecture. It is scheduled to open in mid-2022.

“‘Fatima is a pedestrianization project meant to create a new civic space out of an exisiting street. It wil become a walkable street closed to motorized traffic so as to create a new character for the City of Valenzuela. Ang intention namin dito is really to bring back the street to the people. Nowadays, mas binibigyan nating priority yung mga kotse; so ngayon, ibinabalik natin sa tao yung kalye at para maging ito ay isang vibrant element,’ Architect Lico said.

“The whole stretch of Fatima Avenue, from the arch to the National Shrine of Our Lady of Fatima, will be closed to traffic. The street will have lampposts and benches built around decades-old trees. The design and furniture will be based on the ‘iconic folded plate of the Shrine,’ explained Lico. Local restaurants along the street will also have al-fresco dining; while foldable kiosks will be available for weekend markets.” 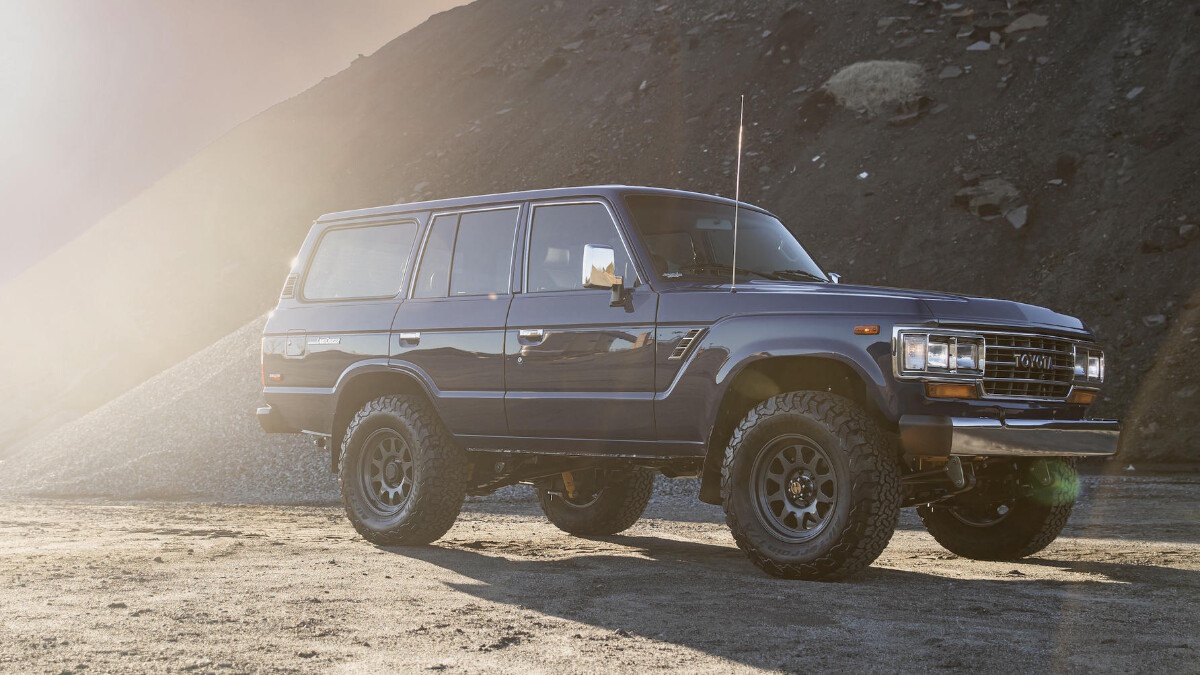 TLC’s FJ62 Toyota Land Cruiser restomod looks like it has time-traveled from the ’80s
View other articles about:
Recommended Videos
Read the Story →
This article originally appeared on Topgear.com. Minor edits have been made by the TopGear.com.ph editors.
Share:
Retake this Poll
Quiz Results
Share:
Take this Quiz Again
TGP Rating:
/20