Manila City has also cleaned up the road markings that went viral as NCAP trap
by TopGear.com.ph | Aug 7, 2022

“In theory, a no-contact apprehension program (NCAP) is a great way to keep motorists in check. The problem is when the road system implementing it lacks the infrastructure necessary to ensure the policy is carried out not just effectively, but fairly as well.

“So yeah, we can see why some motorists are up in arms over receiving surprise NCAP citations. This intersection is a perfect example of Metro Manila’s NCAP dilemma.

“See the rightmost lane? Manila City needed to have it repainted after it was exposed as a no-contact apprehension trap online. The lane marking was so badly deteriorated that motorists were no longer able to see that it indicated ‘right turn only.’ The iffy lane marking was brought to light a few months ago thanks to motorcycle vlogger Sir Veilance.

“The issue has been addressed and the local government appears open to receiving feedback like this.

“‘The same video was sent to us and we immediately took action on the said lane marking. This is to ensure everyone that we read your comments and will make our best effort to take action on all of them,’ the Manila City NCAP Facebook page said in a statement.

“‘Again, it is our objective to achieve road safety and prevent accidents.’”

MMDA says it is doing away with stoplight countdown timers

“Metro Manila’s road system is getting a much-needed upgrade, according to the Metro Manila Development Authority (MMDA).

“According to a report by The Philippine Star, the agency has bared plans to completely do away with stoplight countdown timers in favor of traffic signals that work based on an intersection’s traffic volume.

“‘With the detector, the presence of vehicles will be sensed. If there are no vehicles that pass through from three to five seconds, the time will be cut. The light will then change,’ MMDA Traffic Engineering Center Traffic Signals Operations and Maintenance Group chief (yes, it’s a mouthful of a title) Francisco Pesino Jr. told The Philippine Star.

“According to the official, the MMDA is planning to completely phase out countdown timers at stoplights within the next two to three years, but ‘those still operational are still being used for now.’”

“Remember the Proof of Parking Space Act from 2018? It’s probably safe to say that didn’t push through as planned, huh? This isn’t deterring one lawmaker from filing a similar bill in congress, though.

“House Bill No. 31, also referred to as ‘An Act Requiring Parking Space From Motor Vehicle Buyers in Metropolitan Areas as a Pre-Requisite for the Purchase of a Motor Vehicle and Registration with the Land Transportation Office,’ has been filed in the 19th Congress by representative Lord Allan Velasco.

“Yes, the bill’s official name is a mouthful, so for everyone’s sake, how does the ‘Proof of Parking Space Act 2.0’ sound?

“As the name implies, this piece of legislation aims to require a prospective car or motorcycle buyer to present proof that a permanent parking space for the vehicle they intend to buy exists.

“The proof of parking will be in the form of a notarized affidavit that will be kept and filed by the Land Transportation Office (LTO).

“Anyone can report vehicle owners they suspect of not abiding by this regulation to the LTO, the Metropolitan Manila Development Authority (MMDA), or the local government unit (LGU). Authorities from these agencies are also tasked with periodically conducting inspections to ensure this regulation is followed.

“The penalties here are pretty steep. Motorists caught making fraudulent claims of owning the prerequisite parking space can be fined up to P50,000. What’s more, their LTO registration will be revoked and they will be barred from registering new cars with the agency for a period of three years. Yikes.”

“If this bill becomes law, owning a motorcycle may soon become a bit more difficult.

“House Bill no. 32, also referred to as the Motorcycle Safety Riding Act, has been filed in Congress. We know, the legislature has tackled the issue of motorbike safety before—but this time it’s a little bit different.

“What this new Motorcycle Safety Riding Act aims to do is establish Land Transportation Office (LTO)-accredited rider clubs. A certificate of membership in one of these organizations will then become a requirement for motorcycle registration and LTO license renewal.

“Essentially, you’ll need to be part of one of these rider clubs to own and operate a motorcycle.

“These LTO-accredited rider clubs must conduct mandatory motorcycle and road safety and courtesy training programs for all of their applicants. These programs must be conducted in partnership with LTO-accredited motorcycle safety schools.

“Clubs must also keep an updated registry of all members. Said registry must include details such as a riders’ address, LTO driver’s license number, and plate number. Clubs are also responsible for assisting authorities in criminal investigations that involve the use of a motorcycle.

“Riders who operate or own a motorbike without the necessary club membership and road safety and courtesy certification can be fined up to P30,000. Meanwhile, individuals caught approving motorbike registration or driver’s-license applications without these requirements face up to a P50,000 fine. And finally, falsifying the required documents can result in up to a P100,000 fine and jail time.”

OTHER MUST-READ ARTICLES:
An explainer of the bill requiring riders to register with LTO-accredited clubs
Cutcut Intersection in Angeles to see closures for most Sundays in August

“Any readers from Parañaque here? If you’ve noticed a change in the flow of traffic surrounding BF Homes lately, it’s because the private subdivision has been ordered by the Human Settlements Adjudication Commission (HSAC) to open several of its gates to the public.

“According to a new report by Inquirer.net, some BF Homes residents aren’t happy about it.

“This means a sticker is no longer required to enter these gates and drivers will no longer be asked to leave their license at a guardhouse. The BF Federation of Homeowners’ Associations (BFFHAI) is also no longer allowed to collect an entrance fee from delivery services entering the subdivision.

“The report says homeowners aren’t taking this situation lightly, though. The BFFHAI has already filed a petition with the Court of Appeals (CA) to reverse the HSAC ruling.

“In a statement, BFFHAI president Arturo Astorga II updated residents of the action taken: ‘Please be informed that we already filed our appeal to the CA last Monday with prayer for [a temporary restraining order], and we hope it will be favorably granted. Please exercise extreme caution, and security measures in your respective areas,’ he said, calling the ruling a temporary setback.

“BFFHAI vice president Tito Tolentino, meanwhile, says the HSAC’s order has ‘compromised’ security and made a mess of its traffic situation.

“‘By preventing BFFHAI from exercising control over the subdivision gates, HSAC has essentially compromised the security, invited disorder, and chaotic traffic, and violated the private and residential nature of our subdivision,’ Tolentino said, also calling on residents to denounce the ruling.”

“One way to help offset the rising cost of fuel in the country is by carpooling. Instead of several motorists each taking their own vehicle out, everyone just bunches up inside one car. Less fuel consumed and less space taken up on the road—it’s a win-win if you ask us.

“Now, a new bill filed in Congress wants to incentivize the practice by offering carpoolers worthwhile freebies and discounts.

“Under House Bill no. 143, also known as the Carpool Act of 2022, drivers of vehicles carrying four or more license holders will be entitled to free parking, discounts at toll plazas and gas stations, and even exemption from the number coding scheme.

“The devil is in the details, though. The free parking incentive will only be available at establishments “run or under a contract with the government and any of its agencies and instrumentalities.” Private establishments, on the other hand, are only required to offer a 50% discount.

“As for the discounts on expressways and gas stations, it’s set at 20%. That’s 20% off at all expressway toll plazas in the Philippines, and 20% off all fuel products.

“And being exempted from the number coding scheme? That pretty much speaks for itself.”

“Valenzuela City made the announcement over social media earlier today. Moving forward, drivers who receive notices of violations from the LGU’s NCAP must settle their violations on the official Valenzuela City NCAP website.

“Previously, motorists were allowed to settle NCAP violations and fines over the counter at United Coconut Planters Bank (UCPB) branches. This is no longer an option following the bank’s merger with the Landbank of the Philippines, Valenzuela City says.”

“Man, there really is no end to them. Authorities recently apprehended another pair of motor vehicles sporting illegal license plates—this time, a kagawad and someone who’s supposedly both a congressman and the country’s number one lodi got caught.

“Of course, it’s incredibly unlikely that either of the two motorists riding these motorbikes are elected officials. This didn’t stop them from equipping their rides with license plates indicating otherwise, though.

“‘Because of intensified non-contact apprehension [NCAP], motorists have found ways to beat the system: facemasks, stickers, duct tape, changing the last number of MV File, slanted plate holders, plate covers, or for those who are bolder than the rest they put plates like these,’ Nebrija said in his Facebook post. ‘These are unauthorized plates.’

“All right, say it with us now. These. Are. Unauthorized. Plates.” 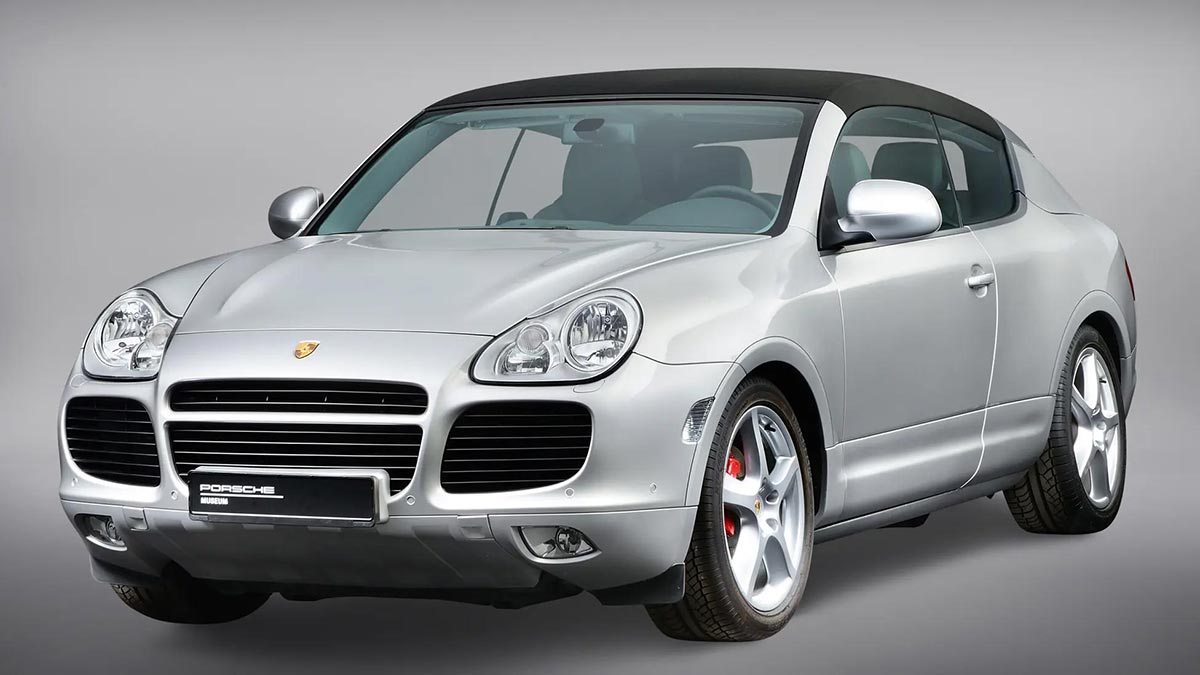