“Time and again, we’ve called on motorcycle riders in the metro to stay out of bicycle lanes. Those lanes are for the more vulnerable road users—let’s keep it that way.

“We know our words won’t sway most of you, though, so we’ll let this clip do the talking. In a TikTok video that’s since been reuploaded on Facebook, a cyclist passing through the bike lanes in what looks like the Agham Road in Quezon City captured footage of kamote riders getting apprehended for entering the bike lanes. Oh, sweet justice.

“Motorcyclists intending to use the bike lanes would apparently enter at some point in the road only to be met by somewhat hidden enforcers a few meters ahead. Judging by the video, riders would then have no chance to react by the time they see the authorities on the other end. It’s no wonder the bike lanes here are wide open—the law is being strictly enforced and motorists actually comply.

Shell unveils its first charging station in the Philippines

“Big news today for the automotive industry: Pilipinas Shell has just opened its first-ever charging station in the country. The new Shell Recharge site is located at Shell SLEX Mamplasan, a branch on the northbound side of the South Luzon Expressway.

“The Shell Recharge station is equipped with two 180kWh DC fast chargers, both with CCS2 connectors. This charger is compatible with most European electric vehicles such as the Jaguar I-Pace pictured above, and can fully recharge an EV in about 30 minutes. Charging costs P65 per minute.

“The charging station accepts various payment options. At the moment, there are no rewards or points system available for EV owners, but the company plans to roll out benefits for Shell Go+ customers soon.

“Pilipinas Shell plans to open more Shell Recharge stations this year. The company shared during the recent launch that we can expect anywhere from three to eight new sites to open in 2022, but it has yet to specify where the sites will be located.  These charging stations are part of Shell’s global sustainability initiatives that include achieving net-zero emissions by 2050.”

OTHER STORIES YOU MIGHT HAVE MISSED:
The new Toyota Hilux Rogue might be the Japanese Raptor-fighter you’ve been waiting for
PM sent: This rare short-wheelbase Mitsubishi Pajero pickup can be yours for P438k

“We recently pointed out how the Land Transportation Office’s (LTO) new official receipts for motor-vehicle registration look very different from before. Well, it appears this seems to be the case for the official receipts of driver’s licenses as well.

“I recently went to the LTO Santa Cruz District Office in Pila, Laguna, to request a duplicate driver’s license after losing my original one over the weekend—here’s what you need to do in case that happens to you as well. Upon paying the necessary fees, I was handed a small piece of black-and-white paper that looked very similar to the registration ORs. See the photos in this article for reference.

“I figured my LTO driver’s license receipt looked like this because it was merely a transaction for a duplicate license. But I checked with the people queued up with me, and it turns out this is what the LTO issued even for new applicants or those renewing their licenses. I checked again with the LTO personnel and was told that this is the ‘new’ OR.

“As with the new OR for vehicle registration, this doesn’t look too ‘official’ compared with the colored receipts from before. For what it’s worth, though, I did get my new license card right away.”

“This service has been available to the company’s business-to-business (B2B) fleet customers since 2020 and is now being rolled out to customers through several retailers. Motorists fueling up at select Shell stations can pay an additional P2.50/L service fee to compensate for the equivalent carbon emissions from their fuel purchase.

“The total number of liters purchased with carbon offsets are then assigned carbon credits from Shell’s independently verified global portfolio of Shell NBS afforestation, reforestation, and conservation projects. Shell will then retire the carbon credits on behalf of the customer.

“Shell’s NBS Carbon Offset Service will be available within 15 sites including Shell Mamplasan by July. The company targets to roll out the service to 100 sites by the end of 2022.”

OTHER STORIES YOU MIGHT HAVE MISSED:
These Nike Dunk concept sneakers are based on Takumi Fujiwara’s AE86 from ‘Initial D’
The all-new Ford Ranger will start at P1,198,000; Everest at P1,799,000

Tools from the MMDA bike repair stations are being stolen

“Do you see? This is why we can’t have nice things.

“Apparently, some bike repair stations in Metro Manila are being left unusable because their tools are being stolen. This is according to a recent report by TeleRadyo.

“The report used a new bike and motorcycle repair station along Quezon Avenue (seen in image) as an example. The facility, which has an air compressor, vulcanizing tools, and other repair equipment, is untouched because it is manned by Metropolitan Manila Development Authority (MMDA) personnel. Repair stations that have reportedly been stolen from, on the other hand, do not have anyone watching over them. We reckon it shouldn’t take much effort to pry away the tools despite the locks if no one is watching.

“Sure, you could say authorities should be more mindful of where these repair stations are set up. Frankly, though, it shouldn’t have to come to that. Besides, the entire point of having them all over the place is that cyclists have the means to make emergency repairs no matter where they run into an issue.”

“Last month, the Department of Public Works and Highways (DPWH) announced that the Philippines has secured a massive loan from China that will help build the Samal Island-Davao City Connector Bridge. Now, the project is officially in full swing.

“The DPWH, together with delegates from the People’s Republic, has now launched the new multi-billion peso undertaking. The agency also unveiled a commemorative plaque, as well as a scale model, of the 3.98km bridge.

“The Samal Island-Davao City Connector Bridge is a toll-free, four-lane bridge that will enable travel between the Island Garden City of Samal and Davao City in just five minutes. Once completed, it is expected to serve 25,000 vehicles daily and lessen traffic in the two connecting areas. The DPWH is targeting the project’s completion by 2027.”

“Last month, Metro Pacific Tollways (MPTC) subsidiary Cavitex Infrastructure Corporation (CIC) shared that the Cavitex-C5 Link Flyover Extension was set to open ‘soon.’ We now know just how soon that will be: within this month.

CIC announced that it is now working with the Toll Regulatory Board (TRB) to open the new tollway ‘in the next two weeks.’ The company is also making finishing touches to the segment as it begins installing traffic signage for motorists.

This new 1.6km extension will connect Merville to E. Rodriguez. Once opened, the Merville on- and off-ramps will be relocated to this segment. CIC will also open a service tunnel road for motorists coming from West Service Road going to Merville, Pasay, and Parañaque.” 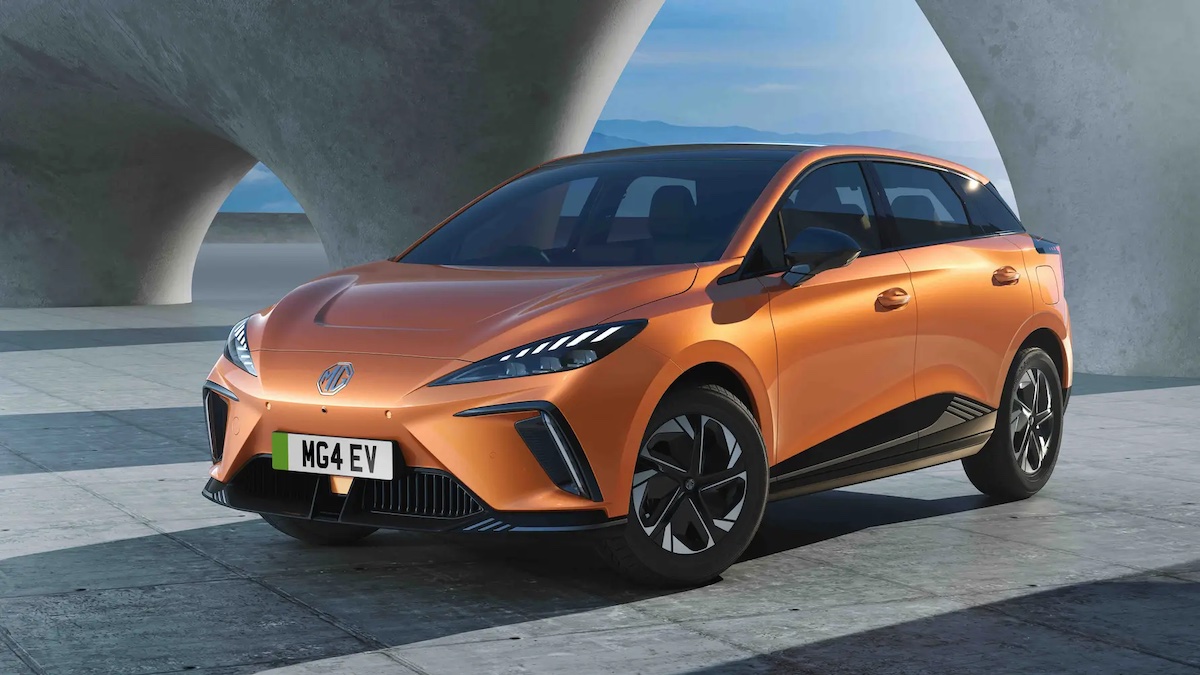 The MG 4 is ready to take on electric crossovers in Europe
View other articles about:
Recommended Videos
Read the Story →
This article originally appeared on Topgear.com. Minor edits have been made by the TopGear.com.ph editors.
Share:
Retake this Poll
Quiz Results
Share:
Take this Quiz Again
TGP Rating:
/20