“In September 2021, we shared the news that SM City North EDSA would soon be home to an indoor electric go-kart track. Well, more than half a year later, the joint is finally opening.

“Well, technically it’s just a soft opening—but hey, it’s an opening nonetheless. Anyway, EKartRaceway will open its doors to the public on May 1, 2022. That’s this Sunday already, for those of you eager to show off behind the wheel.

“The track is located on the third floor of the mall. Its schedule for its opening day will be from 6pm to 10pm only, though.

“By the way, take note that only junior karts are currently available. This is limited to those aged eight and above and to adults up to 5’9” in height. Race sessions are currently priced at P650 each.

“Again, this track will only be in its soft opening phase come next month. Management says that eager racers can expect news regarding a grand opening soon. By then, the facility will feature adult and dual-seat go-karts as well.”

“After reopening a whole intersection and introducing the concept of bike boxes to road users, the local government unit of Pasig City has now unveiled yet another pedestrian-friendly project: the newly renovated Jenny’s Overpass. 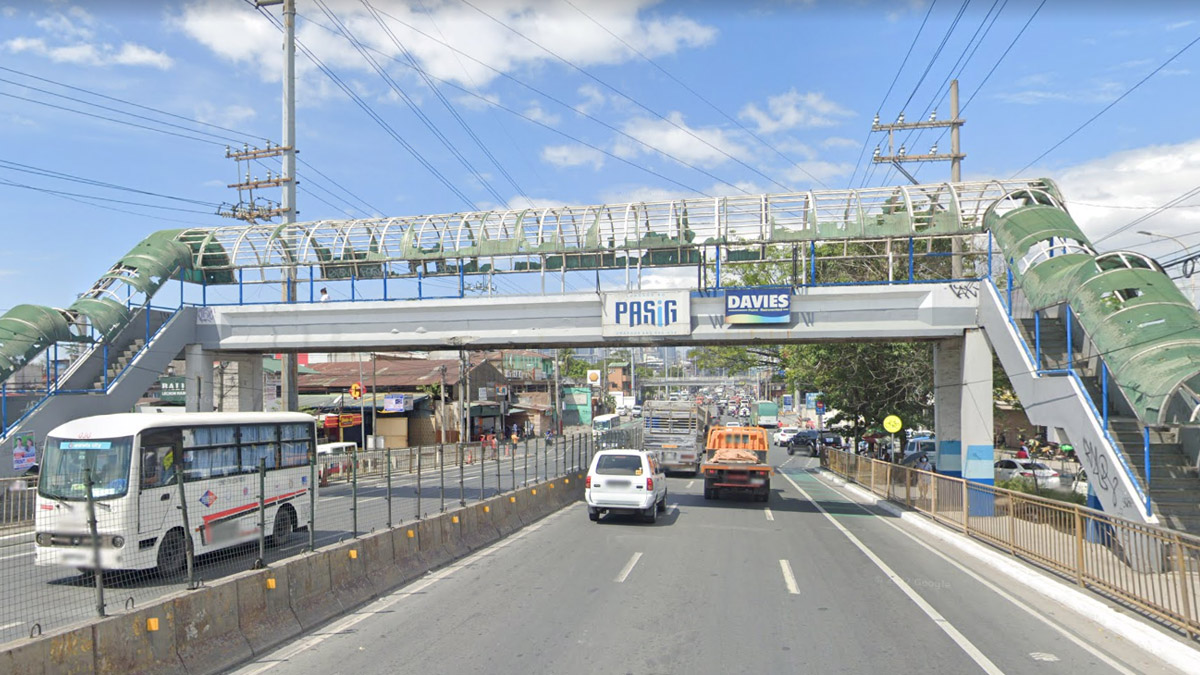 “If you pass through Ortigas Avenue Extension often, then you’re probably familiar with the dilapidated overpass that’s located near Rosario Bridge. For your viewing purposes, we’ve put an old image of it above. It’s a bit of an eyesore, and while it does serve its purpose, it’s not exactly comfortable for pedestrians to cross.

“After its renovation, Jenny’s Overpass now boasts a fully functional roof. Would you look at that? You can also see in the photos that there’s proper lighting along the walkway, too, which will greatly improve safety for pedestrians at night. And as an added touch, the entire structure has been painted with a clean white and blue finish that’s accentuated with nothing but the Pasig City logo.”

MORE OF THE LATEST CAR NEWS:
Specs, prices, features: Everything you need to know about the new Toyota Veloz
The all-new BMW 2-Series is here in PH and it looks really good

CCLEX has been inaugurated, but motorists can’t use it yet

“The Cebu-Cordova Link Expressway (CCLEX) has finally been inaugurated. With this, authorities have ceremoniously pulled the drapes off what might be the country’s most impressive piece of infrastructure yet. An icon of not just Cebu, but of the nation as a whole.

“Thing is, you can’t use it just yet.

“Prior to the structure’s inauguration, Metro Pacific Tollways (MPTC) released a statement clarifying that CCLEX is not yet open to the public. The company says motorists should wait for an official announcement regarding the expressway’s official opening.

“So yeah, just a little while longer, then. When we are finally allowed to drive through the expressway, it’ll be quite the experience. The CCLEX spans 8.9km in length and may be the most picturesque bridge in the Philippines. It will connect Cebu City to nearby Mactan Island and has been designed to support speeds of up to 80km.

“The Cebu Cordova Link Expressway Corporation (CCLEC) has also made it a point to cater to more than just four-wheeled vehicles, too. CCLEX will feature provisions for both pedestrians and cyclists, and the company has already announced that even motorcycles with a displacement of just 125cc will be permitted to use the expressway. Nice.”

“Motorists yearning for a cleaner means of getting around aren’t the only people who’ve noticed the country is seriously lagging behind when it comes to the electric vehicle industry. Lawmakers have, too.

“Proof of this is Republic Act no. 11697. Remember this? Also known as the Electric Vehicle Industry Development Act, this piece of legislation aims to, as the name implies, get the local EV industry up to speed.

“The Act has now lapsed into law without President Rodrigo Duterte’s signature on April 15.”

If you want to read more about the PH EV Industry Development Act, read our explainer here.

“The implementation of this new window-hour operating scheme for provincial buses has been off to a messy start. Last week, massive crowds and stranded commuters at bus terminals became a common sight.

“Surely, there must be something wrong with the system. But who’s to blame here? Well, according to the Land Transportation Franchising and Regulatory Board (LTFRB), the bus operators are the ones at fault.

“In a recent statement, the agency reported that thousands of commuters were stuck at bus terminals in Pampanga last week because of provincial-bus companies’ refusal to operate outside of the 10pm–5am operating hours. The LTFRB called it a clear ‘sabotage.’

NEED-TO-KNOW FOR CAR OWNERS:
The reasons cars break down on the way to Baguio City during tourist season
Can my car be clamped for illegal parking in an area without a ‘No Parking’ sign?

“It reiterated that under LTFRB Memorandum Circular No. 2020-051, provincial buses are also still allowed to operate from 5am to 10pm, provided they terminated their trips at the designated integrated terminals right outside Metro Manila.

“If you regularly pass the Subic Freeport Expressway (SFEX) at night, then you can expect some traffic build along the thoroughfare in the coming weeks.

“According to NLEX Corporation’s latest advisory, a two-kilometer portion of SFEX will be temporarily closed from 9pm to 4am daily until May 16, 2022. This will be done in order to give way to engineering works under the Jadjad bridge.

“Only the Subic-bound side of SFEX will be affected. A counterflow lane along the Tarlac-bound portion will likewise be opened during the indicated hours for motorists headed to Subic. You can check out the image below for a better look.” 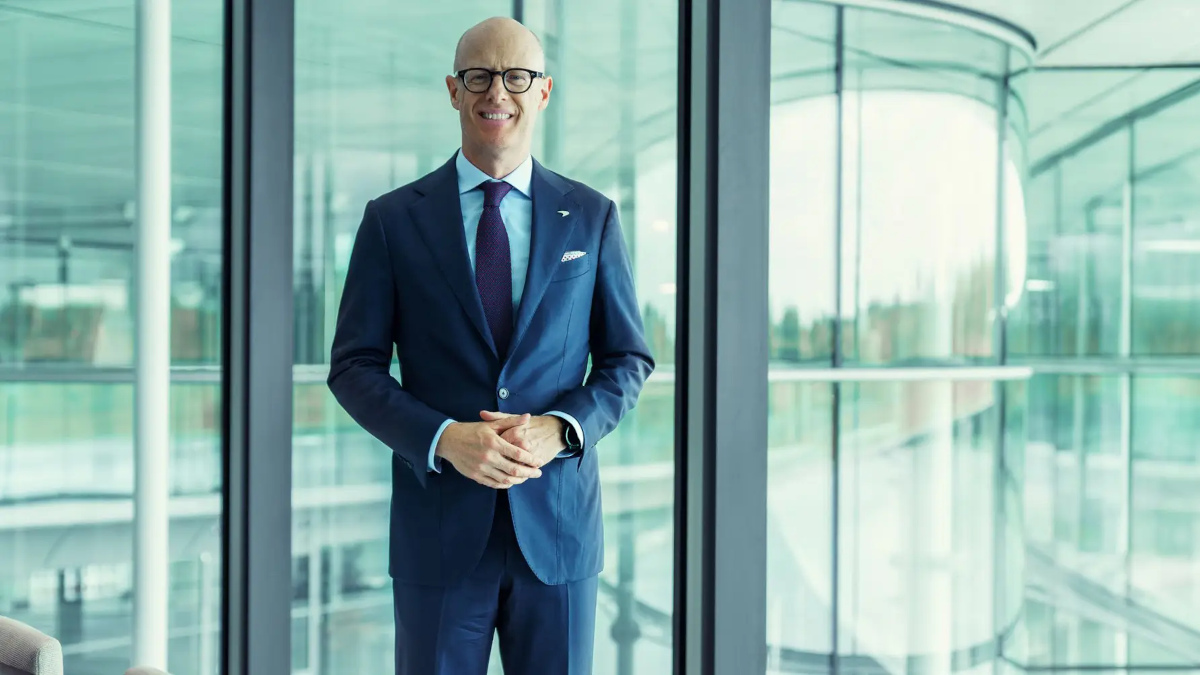 McLaren’s new boss is Ferrari’s ex-chief technology officer
View other articles about:
Read the Story →
This article originally appeared on Topgear.com. Minor edits have been made by the TopGear.com.ph editors.
Share:
Retake this Poll
Quiz Results
Share:
Take this Quiz Again
TGP Rating:
/20