The driver from the viral video also pleaded not guilty to charges this week
by TopGear.com.ph | Sep 11, 2022

“We’ve seen all sorts of blunders and violations these past few months courtesy of the Metropolitan Manila Development Authority’s (MMDA) intensified road-clearing operations. But what the agency recently came across somewhere in Caloocan, however, might be a first of its kind.

“In a social media post, Bong Nebrija shared how a portion of the West Service Road of the North Luzon Expressway (NLEX) has been personalized like a private garage by none other than the governing barangay. Motorists were asked to pay P1,000 per month to secure a parking slot, and they were simply given acknowledgment receipts in return.

“The barangay even went the extra mile and had the walls painted accordingly with the supposed tenants’ names and the license plates of their vehicles—it’s actually impressive how organized they are. So what’s the big deal, then? Well, according to the MMDA, street parking along this service road is illegal.

“The MMDA didn’t share whether all the parked vehicles were towed, but it appears the agency’s personnel have already issued parking tickets.”

Part of Meralco Avenue to be closed starting October 3

“Motorists who frequent Ortigas should expect more traffic in the area beginning early next month. This, after it was announced that a portion of Meralco Avenue will be closed to make way for the construction of the Metro Manila Subway.

“Starting October 3, 2022, the section of Meralco Avenue beside Capitol Commons will be completely impassable. As an alternate route, motorists may pass through Camino Verde Road by entering through Shaw Boulevard or Captain Henry Javier Street.

“If you pass the affected portion of Meralco Avenue often, you’ll know that it can become pretty congested there on account of the busy intersection on the Shaw Boulevard side of the thoroughfare. As such, motorists should expect heavier traffic around its immediate vicinity.”

OTHER STORIES YOU MIGHT HAVE MISSED:
A simple 5-step guide to the entire 2022 LTO driver’s license renewal process
Can you guess what car Derek Ramsay gifted Ellen Adarna for their anniversary?

“The case stemming from the viral motoring incident involving the driver of a crossover and a mall security guard is moving forward. According to a recent report by Inquirer.net, the driver has pleaded not guilty to the charge of frustrated homicide.

“This news comes after the accused was accompanied by his lawyer to Mandaluyong City Regional Trial Court Branch 213 earlier today.

“The driver was first indicted late last month after a Mandaluyong assistant city prosecutor found probable cause to file charges against him.

“‘It would not be amiss to state that respondent neither reduced velocity, halted nor changed direction after complainant was pinned by his vehicle. Respondent did not even express any regard for complainant by stopping his vehicle and/or alighting therefrom to check on the victim,’ a resolution from June 29 signed by Mandaluyong’s assistant prosecutor reads.

“‘Worse, respondent impertinently sped away as if nothing happened and without due concern that he could still [run] over complainant with his rear tires.’

“Do you ferry your kids to and from their school? If yes, we certainly hope you’re a law-abiding motorist—otherwise, you might have a ticket waiting for you at your child’s drop-off.

“The Metropolitan Manila Development Authority (MMDA) recently took its operations to Ortigas Avenue—right at the doorstep of La Salle Greenhills. In fact, the agency’s enforcers, led by Task Force Special Operations (TFS) head Bong Nebrija, positioned themselves right by the school’s gates and made it a point to keep students’ sundo in check.

“Specifically, Nebrija and his team took issue with how some vehicles would cut to the front of the line entering the school’s campus.

“‘Ayan makikita niyo, mag-aapura yung ibang gusto magbaba dito,’ Nebrija said in a video from the operation, referring to some vehicles cutting ahead of the line and attempting to drop students off.

“Nebrija also explained how the distance between the main entrance of La Salle Greenhills and the Ortigas flyover is very short. This, he says, compels some motorists cutting across lanes to enter the campus, resulting in a congested service road and blocked bicycle lane when the line to the entrance begins to grow.”

OTHER STORIES YOU MIGHT HAVE MISSED:
The Nissan Livina has been launched in PH with P1.029-M starting price
Hot Gear: The official prices of the entire iPhone 14 lineup in PH

“While the Supreme Court has already issued a temporary restraining order on the implementation of no-contact apprehension (NCAP) in the metro, the saga still continues. Now, the Land Transportation Office (LTO) is dealing with registration-related issues due to NCAP.

“It appears several motorists are having problems renewing the registration of their motor vehicles because of NCAP alarms tagged to their vehicles. Because of this, the LTO requested LGUs that used to implement NCAP to temporarily lift these alarms so that vehicles with pending violations can still be registered. The alarms will then be re-tagged if the Supreme Court approves the implementation of NCAP after the effectivity of the TRO.

“‘This will allow the renewal of registration of apprehended motor vehicles through the NCAP pending the final decision/Resolution of the Supreme Court on the matter,’ said LTO chief Teofilo Guadiz III. ‘In the event that the Supreme Court will affirm the validity of the same, the alarms shall be re-tagged in our system, and the fines/penalties shall be reflected and/or applied during the next renewal for registration.’

“The LTO said that Quezon City, Parañaque City, and Bataan are now currently processing the lifting of NCAP alarms. We can probably expect other cities and municipalities to follow suit.

“For those of you having issues with your motor-vehicle registration, take note. Also, keep in mind that the LTO has already extended the registration validity of vehicles with plates ending in 8, 9, and 0.”

“Do you ride your bike to school? Whether you’re a student, a teacher, or some other type of staff, riding a bicycle to school is one way to beat traffic and get around the metro. I mean, just look what happened with the traffic situation during the first day of face-to-face classes. But naturally, you want to know that you will be able to reach your destination while on two wheels safely.

“The Department of Transportation (DOTr) has introduced a directory of bicycle lanes located near schools in Metro Manila. The service is available via QR code, as you can see in the social media post below. With this, cyclists can see if their school is near or covered by a protected bike lane. The directory is available in the form of a Google Sheets file, with each respective LGU in Metro Manila categorized in tabs down the bottom.” 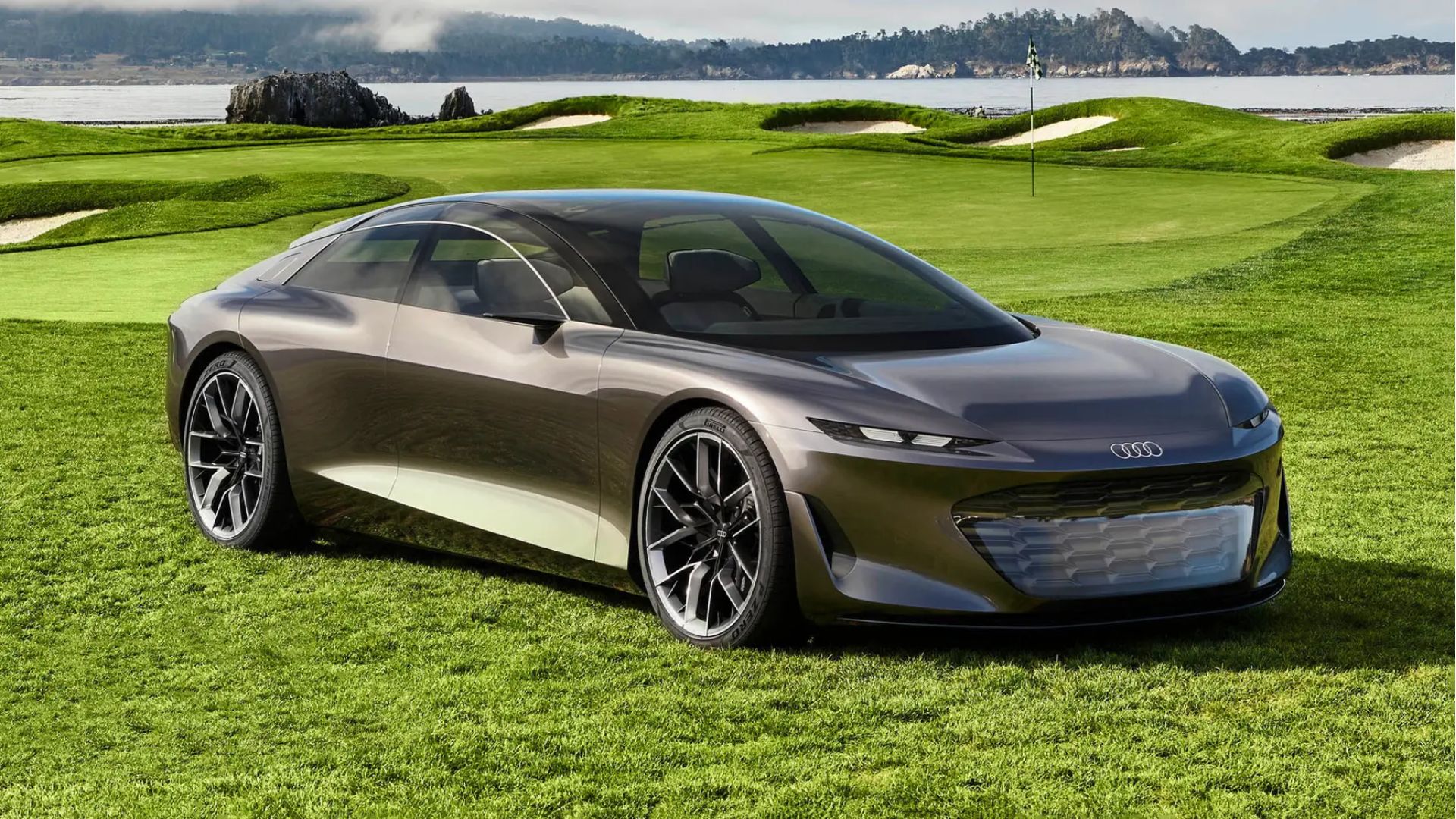 The Audi grandsphere concept previews a future production A8
View other articles about:
Recommended Videos
Read the Story →
This article originally appeared on Topgear.com. Minor edits have been made by the TopGear.com.ph editors.
Share:
Retake this Poll
Quiz Results
Share:
Take this Quiz Again
TGP Rating:
/20