We also have updates on the ongoing SLEX-TR4 construction
by TopGear.com.ph | Sep 25, 2022

Reminder: Only the LTO and its deputized agents can confiscate driver’s licenses

“There’s currently a supposed memorandum from the Department of the Interior and Local Government (DILG) making rounds on cyberspace about how only the Land Transportation Office (LTO) and its deputized agents are allowed to confiscate licenses. Well, the LTO has finally spoken up on the matter.

“In a new Facebook post, the LTO lauded the DILG’s move to emphasize the policy to various local government units and their corresponding police forces. So again, in case you still need to ask, LGUs and their traffic enforcers can only apprehend motorists for violations but not confiscate their licenses.

“The LTO said that the DILG’s memorandum merely reiterates that the LTO is the primary law-enforcement agency that ensures motorists abide by traffic rules and regulations so that the general public is kept safe.

“This actually isn’t a new policy, but a lot of motorists probably aren’t familiar with it, so this should settle the debates and answer your questions.”

OTHER STORIES YOU MIGHT HAVE MISSED:
PH fuel price update: Up to P1.30/L decrease for diesel, P1.60/L for gas expected next week
Heart Evangelista’s custom Mercedes-Benz Sprinter is pretty much a hotel on wheels

“All sorts of things go viral these days. Over the past few months alone, though, there have been a few prominent motoring-related incidents that made headlines after making rounds on cyberspace.

“One of the most recent videos that went viral on Facebook showed what appeared to be a member of the Philippine National Police-Highway Patrol Group (PNP-HPG) illegally escorting a Toyota Land Cruiser Prado, with the two vehicles counterflowing to avoid crawling through heavy traffic.

“Well, the Land Transportation Office (LTO) has now taken action against the drivers of the two vehicles. Both of them will have their driver’s licenses revoked, and both will also be fined a significant sum for the traffic violations.

“The rider—who apparently wasn’t a PNP-HPG member—was identified as Michael Inocentes and was charged with “failure to attach authorized motor-vehicle license plate” and “failure to carry OR/CR.” He was fined P8,000 in total.

“The driver of the SUV was identified as Roi Vincent Toledo. He was charged for obstruction of traffic and reckless driving. He was fined P3,000. Meanwhile, a certain Erwin Pijana—the current owner of the SUV—was ordered to change the ownership of the vehicle to his name within 20 days. Failure to comply will result in the vehicle being placed on alarm.”

“It was two months ago when we last checked up on the ongoing construction of the South Luzon Expressway Toll Road 4 (SLEX-TR4). It seems a lot of progress has been made since.

“Based on recent drone photos shared by Pinoy Joyride, it looks like some structures have now risen in the area of Alaminos in Laguna. There’s now a visible concrete bridge standing parallel to a four-lane highway as seen in the photo above.

“Other images also supposedly show the on-site girder fabrication in the area. Frankly, these may not look like much, but it clearly shows how the project is starting to take shape.

“The Department of Public Works and Highways (DPWH) and San Miguel Corporation (SMC) broke ground for this 66.74km extension of the existing SLEX network way back in March 2019. Portions of SLEX-TR4 are targeted for completion sometime in 2023. Once the new toll road is fully open all the way to Lucena City in Quezon, SMC estimates it will be able to serve 17,000 vehicles daily.”

“Not long ago, you may have noticed a post circulating online alleging that a certain Land Transportation Office (LTO) branch is requiring motorists to give up their Land Transportation Management System (LTMS) passwords prior to registration renewal. Now, the LTO is addressing the issue.

“‘In a statement, the LTO said that it is investigating the allegation and assured the public that all transactions conducted with the agency are ‘protected and secure.’

“‘The LTO will investigate this incident and will not hesitate to impose applicable sanctions if any employee is found to have violated Republic Act No. 10173 or the Data Privacy Act of 2012,’ agency chief Teofilo Guadiz III said.

“‘Although LTO employees can search and start a driver’s license or motor vehicle registration for the client through their LTMS Company Portal user accounts, the Agency and its employees do not access the personal accounts of clients when processing an application,’ the official added.

“The agency added that it will issue ‘a comprehensive set of guidelines’ regarding the use of motorist information gathered during application processes to ensure compliance with the Data Privacy Act.”

“Motorcycles with 400cc of displacement? Come on through. What about those with just 125cc? Sure thing. But what about 110cc? Hey, if you’re passing through the Cebu-Cordova Link Expressway (CCLEX), it’s not a problem either.

“CCLEX management recently announced that it is now permitting the entry of motorcycles with as little as 110cc of displacement. Prior to this update, the minimum displacement for motorbikes along the expressway was set at 125cc.

“In a statement, the Cebu Cordova Link Expressway Corporation (CCLEC) said that the lowered displacement requirement comes amidst the ‘clamor of motorcycle users and make the expressway more inclusive and accessible to more road users.’

“Owners of 110cc motorcycles may now start getting their CCLEX RFIDs at the expressway’s service centers near the Toll Plaza, Anjo World, and Landers Superstore. Installation is free and walk-ins are accepted.

“Just like their higher-displacement counterparts, 110cc motorcycles are treated as Class M1 vehicles. This means that their toll rate is set at P60.

“And in case you aren’t aware, there is already a dedicated motorcycle lane along CCLEX. It’s marked in blue, and users must remember that overtaking is prohibited and to keep speed limits in mind.”

“The Department of Transportation (DOTr) isn’t just adding more units to the EDSA Carousel, so it seems. The agency has also recently upgraded the busway with new timers installed at 13 stations along the entire route.

“Each bus timer has a three-aspect signal lantern with a two-digit timer. The 30-second countdowns begin whenever each bus stops at the stations. The timers automatically reset upon arrival of the next bus, and may also be recalibrated as needed based on recommendations from the InterAgency Council for Traffic and the Metropolitan Manila Development Authority.

“The installation of these timers seeks to enable a smoother flow of traffic along the EDSA Busway and systematize the loading and unloading of passengers. The timers can be found at the following stations:” 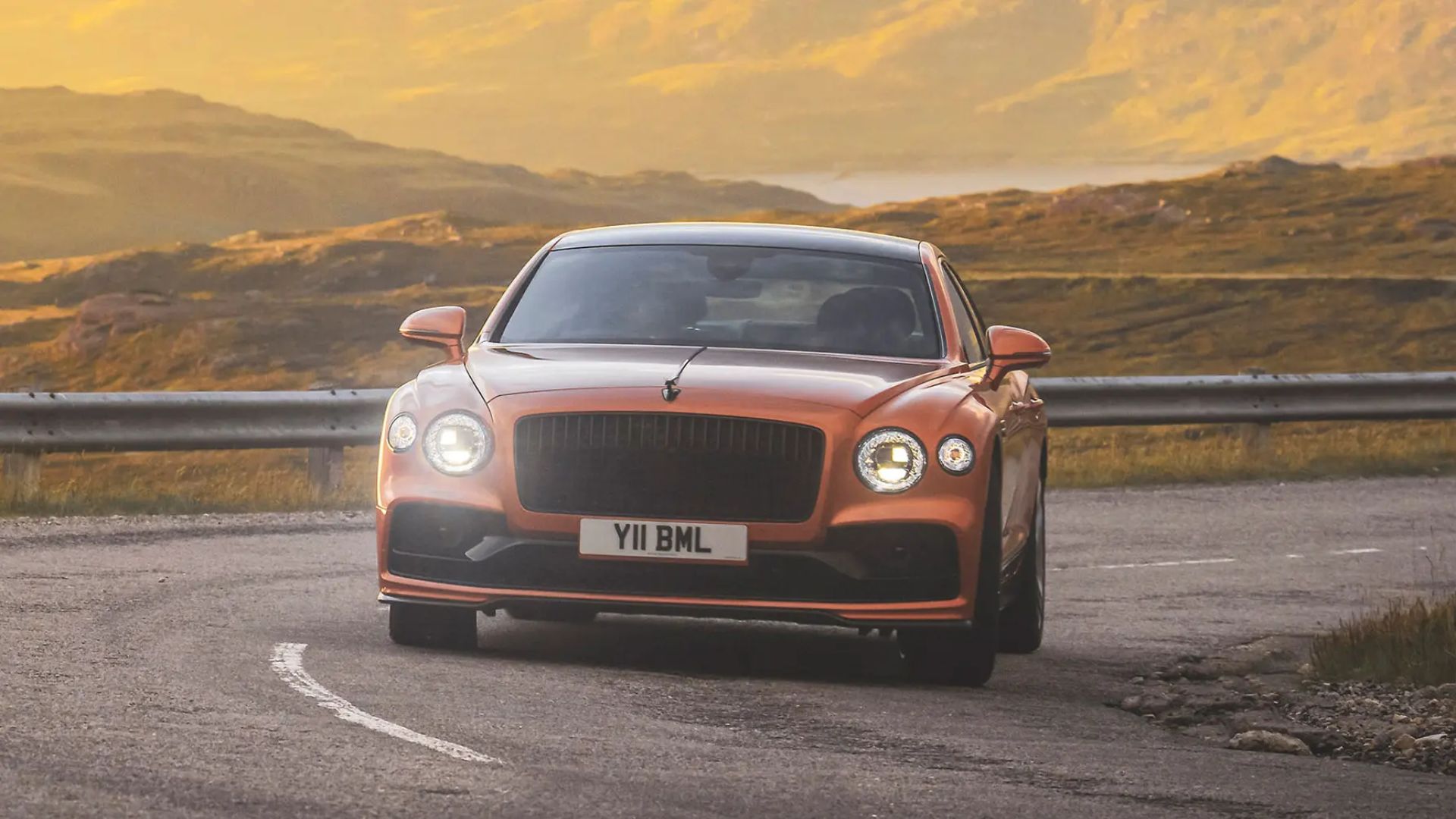 This is the new W12-engined Bentley Flying Spur Speed
View other articles about:
Recommended Videos
Read the Story →
This article originally appeared on Topgear.com. Minor edits have been made by the TopGear.com.ph editors.
Share:
Retake this Poll
Quiz Results
Share:
Take this Quiz Again
TGP Rating:
/20