The LTO also extended the validity of select registrations and driver’s licenses
by TopGear.com.ph | Oct 2, 2022

Confiscation of driver’s license in Manila City to continue

“The Department of the Interior and Local Government (DILG) recently released a memo—which was lauded by the Land Transportation Office (LTO), by the way—saying that only the LTO and its deputized officers can confiscate driver’s licenses and that traffic enforcers from local government units can only issue tickets to motorists for violations.

“The City of Manila, however, is saying otherwise. In a recent interview, communications head Atty. Princess Abante said that the Local Government Code also empowers LGUs such as Manila to “regulate their own traffic.” Under Ordinance No. 8092 of the Traffic Code of Manila City, local traffic enforcers may confiscate the licenses of motorists apprehended for certain violations.

QC says its enforcers will not take your driver’s license

“So, can traffic enforcers under local government units confiscate your driver’s license or not? The answer is a definite ‘no’—at least if you’re in Quezon City.

“The Quezon City government has made it clear that its traffic enforcers will abide by Department of the Interior and Local Government (DILG) memorandum circular no. 01-2008 which prohibits local government unit (LGU) personnel from confiscating motorists’ driver’s licenses.

“Quezon City also added that it will release a new ordinance addressing the DILG’s memorandum regarding the confiscation of driver’s licenses.”

OTHER STORIES YOU MIGHT HAVE MISSED:
Geely now partially own Aston Martin
Mitsubishi Xpander vs. Toyota Avanza: Which MPV is the better family transport?

Someone painted sidewalks to make them look like legal parking slots

“Sometimes, you just can’t help but be amazed (baffled, even) by the genius or what we usually call diskarte of the Filipino people.  That diskarte, though, isn’t always put to good use.

“Remember the time when an illegally parked jeepney was cleverly hidden behind some road signage? Or the countless times people used the side of the road as a talyer? Well, get this: some people in Caloocan have apparently painted the sidewalks to make them look like legal parking slots. There are even tire stoppers for four-wheeled vehicles and separate markings for motorcycles. *sigh*

“This was spotted during the Metropolitan Manila Development Authority’s (MMDA) road-clearing operations in the city. The makeshift slots were clearly part of the sidewalk, and the vehicles parked in them were also obviously obstructing the road. Did they really think that would cut it? The vehicles eventually ended up getting towed. Skip to the 11:12 mark to see all the action.

“The MMDA has been in these parts before. In fact, the road obstructions here were already supposedly gone, but as the agency mentioned before, the illegal parkers just keep coming back.”

“Did you miss the news? There’s a new expressway connecting Cavite to Batangas that’s in the works. The provincial government of Cavite has reportedly accepted San Miguel Corporation’s (SMC) proposal to build the new tollway, the company said in a letter addressed to the Philippine Stock Exchange.

“Good news, right? Well, there seems to be some overlap with another proposal. According to a report by Manila Standard, Metro Pacific Tollways Corporation is now reiterating its original proposal to build a Cavite-Tagaytay-Batangas Expressway (CTBEX). This is slightly different from SMC’s Cavite-Batangas Expressway (CBEX).

“CBEX is a 27km tollway that will traverse Silang, Amadeo, Tagaytay, Indang, Mendez, and Alfonso in Cavite, with its endpoint in Nasugbu, Batangas. SMC has reportedly received original proponent status to build CBEX from the Cavite LGU way back on June 30.

“Looking at CTBEX on the official Public-Private Partnership (PPP) website, this one is a four-lane 50km expressway linking Cavite, Tagaytay, and Batangas with spur roads in Tagaytay and Tuy. It has an indicative cost of P25.18 billion, and MPCALA Holdings and MPTC are both listed as private proponents. The Department of Public Works and Highways (DPWH) supposedly granted MPTC the original proponent status back in 2018.”

OTHER STORIES YOU MIGHT HAVE MISSED:
Review: 2022 Yamaha NMax 155 ABS
Auction finds: Got P1.4-M to spare? You have to check out this rare Mitsubishi Pajero Evo

The LTO just extended the registration validity of select vehicles...

“The Land Transportation Office (LTO) previously announced that the registration validity of vehicles with plates ending in 8, 9, and 0 will be extended for a month. Kudos to the agency for being proactive, but it looks like that extension won’t suffice.

“The LTO has now announced that vehicles with plates ending in 8—meaning cars whose registrations were supposed to expire way back in August—may still be registered without penalties until October 31, 2022.

“No word yet, though, if motor vehicles with plates ending in 9 and 0 will get the same treatment. That said, we’re expecting an announcement regarding that to come out soon enough, especially since we’re already entering October in a few days.”

As well as driver’s licenses, student permits, and medical certificates

“The Land Transportation Office (LTO) announced yesterday that the registration validity of vehicles with plates ending in 8 will be extended for yet another month. Now, the agency has confirmed that it will be doing the same for licenses and permits.

“According to the latest advisory, all driver’s licenses, student permits, conductor’s licenses, and medical certificates that expired in August and September 2022 will remain valid until October 31, 2022.” 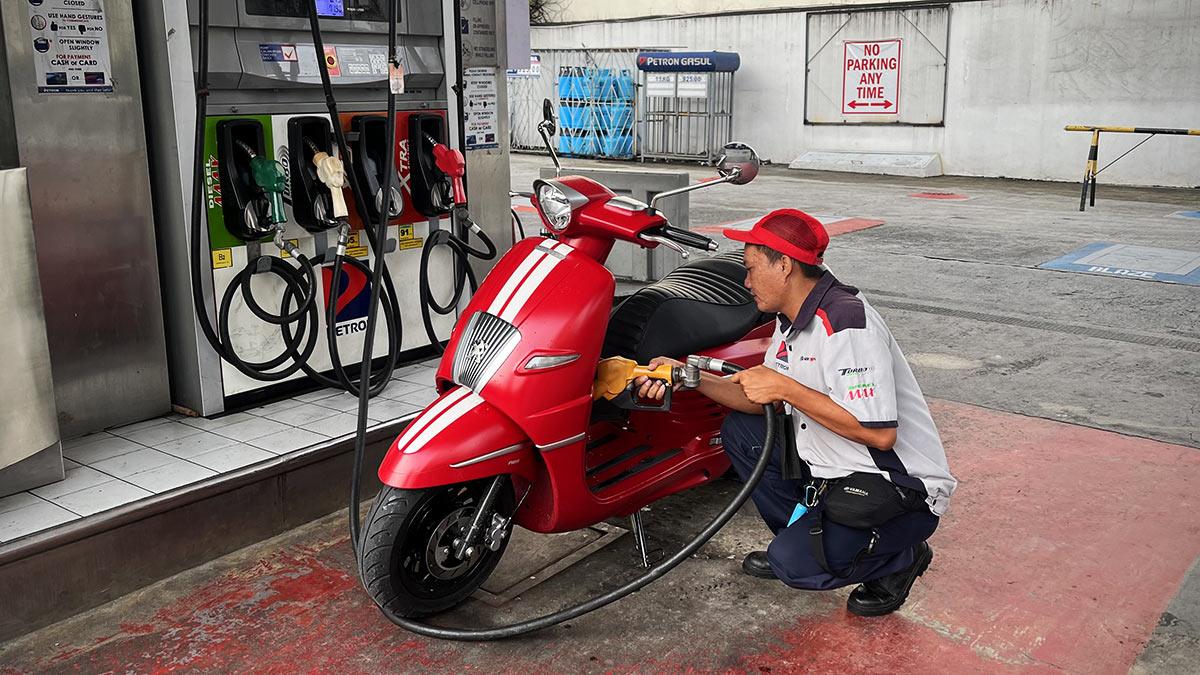 PH fuel price update: Diesel expected to go down by up to P0.60 per liter this week
View other articles about:
Recommended Videos
Read the Story →
This article originally appeared on Topgear.com. Minor edits have been made by the TopGear.com.ph editors.
Share:
Retake this Poll
Quiz Results
Share:
Take this Quiz Again
TGP Rating:
/20