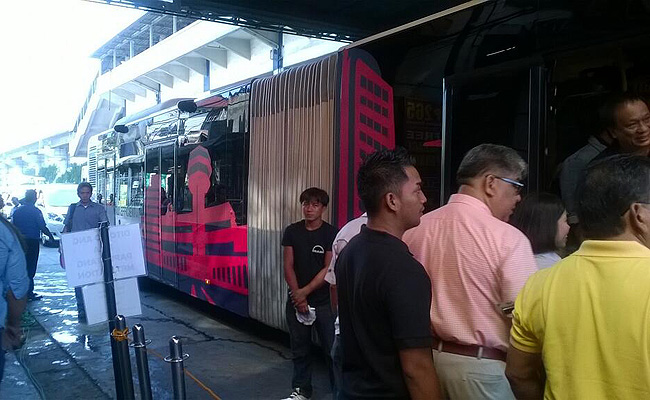 The MRT Express Train is actually a MAN articulated bus assigned exclusively for southbound passengers and will traverse EDSA from the MRT North EDSA station in Quezon City to the MRT Taft station in Pasay City.

From the MRT North EDSA station, the vehicle will pass through the numerous underpasses and flyovers on the metro's main route before stopping at designated stations at Buendia, Ayala and Taft. The bus will then proceed to go around the SM Mall of Asia roundabout and end its run near NAIA Terminal 2.

From today until May 20, the articulated bus will run the southbound route from 7am to 9am, with a northbound run being added to the schedule from May 14 to 20, from 5pm to 7pm.

"With the articulated bus, we have a temporary solution to the overcrowding at MRT stations while we're waiting for the arrival of new trains," LTFRB chairman Winston Ginez said in a statement. 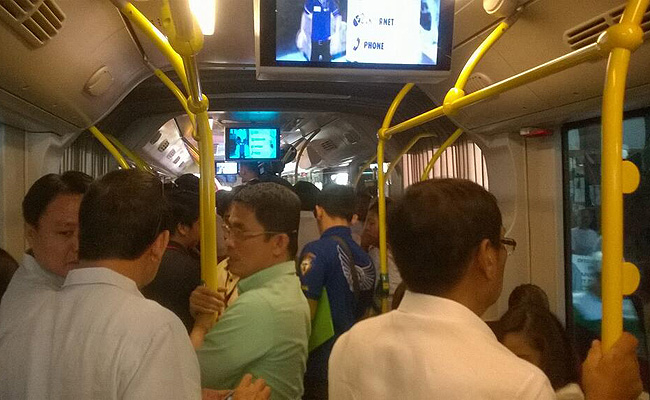 BMW M5 was conceived 30 years ago; hence this limited edition
View other articles about:
Read the Story →
This article originally appeared on Topgear.com. Minor edits have been made by the TopGear.com.ph editors.
Share:
Retake this Poll
Quiz Results
Share:
Take this Quiz Again
TGP Rating:
/20