A guard house in Quezon City was demolished for obstruction

“Some motorists find being asked to leave their driver’s license at the gate of a private subdivision a hot topic. If you think that is an issue, you’re probably not going to dig how some villages are apparently charging drivers ‘toll’ to pass through them.

“The Quezon City local government recently shared that it had demolished a guard house owned by California Village along Katipunan Avenue—a Mabuhay Lane—for obstructing the road and reportedly charging motorists to pass through.

“In its announcement, the QC government said that the village guard house was collecting up to P50 to P200 per day from vehicles, especially delivery trucks. Department of Public Order and Safety head Elmo San Diego is making it known that the city will not stand for this.

DOH, DOTr call for adjustments in response to local transmission of Delta variant

“Still taking public transportation on the regular? Then you’ll want to make sure you’re extra careful moving forward, as the Department of Health (DOH) has confirmed the local transmission of the COVID-19 Delta variant.

“In a statement, the DOH officially confirmed the Delta variant’s local transmission, calling for an intensified COVID-19 response and stricter border control measures to prevent another surge in cases.

“‘Following the phylogenetic analysis conducted by the University of the Philippines - Philippine Genome Center, and case investigation by the DOH Epidemiology Bureau and the regional and local epidemiology and surveillance units, clusters of Delta variant cases were seen to be linked to other local cases, therefore, exhibiting local transmission,’ the agency said.

“The DOH added that ‘enhanced COVID-19 response in areas where Delta variant cases were detected’ have already been initiated, and is also advising the public to avoid all unnecessary travel and gatherings.

“Prior to the DOH announcement, the Department of Transportation (DOTr) said that it was ready to adjust transport capacity if deemed necessary by Inter-Agency Task Force for the Management of Emerging Infectious Diseases (IATF) community quarantine classifications. The agency is also reminding commuters to adhere to health and safety protocols during the pandemic.

“Good news for local car importers: The Philippine Tariff Commission has just concluded its investigation into the Department of Trade and Industry’s (DTI) safeguards on imported motor vehicles and is recommending that the measure should not be implemented.

“The DTI began imposing safeguard duties (in the form of a P70,000 cash bond on passenger cars) on imported cars earlier this year in a bid to protect the local vehicle manufacturing industry. If we’re going by the result of the Tariff Commission’s investigation, however, the move was apparently never really necessary.

“In its formal findings, the commission stated that it found no increase in imported ‘completely built up’ (CBU) passengers cars and light commercial vehicles from 2014 to 2020 ‘both in absolute terms and relative to domestic production.’

“You can check out the Philippine Tariff Commission’s investigation summary in its entirety here.”

“Earlier this month, motorists were surprised by the sudden revival of controversial Private Motor Vehicle Inspection Centers (PMVIC). Now, a member of the Philippine Senate is expressing his displeasure over the move.

“‘It has been put into a coma upon orders of Malacañang. Now it appears that it has mutated into something else,’ Recto said, calling on authorities to clear up ‘specs of this new order from Land Transportation Office (LTO), whose PMVIC services seems to border on the mandatory.’

“Under Department of Transportation (DOTr) memorandum circular no. 2021-02, PMVICs are now each assigned a geographical area of responsibility (GAOR). If an LTO office happens to fall under a PMVIC’s GAOR, it may only accept vehicle inspection reports from its assigned facility.

“According to Recto, the LTO must now clarify the scope of PMVIC inspections and their corresponding fees. He also warned that this issue may end up tarnishing the good done in other transportation sectors such as railways and airports.”

In response to Senator Recto, this is what the PMVIC Steering Committee has to say

“Yesterday, Philippine senator Ralph Recto let the Department of Transportation (DOTr) know his sentiments regarding the ‘revival’ of private motor vehicle inspection centers (PMVIC), calling the new guidelines a “mutated variant” and expressing his displeasure over the move. Now, the PMVIC Steering Committee has responded.

“In a statement, the Committee thanked Recto for his feedback, but reiterated that PMVICs are well within legal grounds and that the new guidelines address his concerns regarding the facilities’ efficiency and convenience.

“‘In the legal opinion of the Office of the Solicitor General (OSG) dated 18 March 2021, OSG said that the DOTr and the Land Transportation Office (LTO) have authority to ensure the roadworthiness of vehicles and consequently implement the motor vehicle inspection system (MVIS),’ the Committee’s statement reads.

“‘As to the issue of DOTr and LTO authorizing private entities to conduct inspection of motor vehicles, the Administrative Code of 1987 and E.O. 125-A allows DOTr to call on any corporation or organization, whether public or private, to participate and assist in the implementation of transportation programs,’ the Committee added, emphasizing that the MVIS is only being outsourced under a private sector participation agreement and that the government ‘still has direct control and supervision of the roadworthiness testing and motor vehicle registration.’”

“If we’re being honest, the lighting situation on many Philippine roads leaves much to be desired. It isn’t just that a lot of thoroughfares are poorly lit, either—sometimes, visibility is hit or miss as one end of a street comes equipped with fancy new light posts, while another stretch looks straight out of a horror movie.

“It’s a sad situation, and it’s the safety of motorists and pedestrians that takes the biggest hit when a thoroughfare is poorly lit. There are some places, though, that are shining beacons of hope when it comes to this. And now Emerald Avenue in Pasig City is one of them.

“Now, Emerald Avenue has always been a relatively well-lit area, but what the Pasig City has done with it via Oplan Kaayusan should be the standard for road illumination for the rest of the country.

“Basically, the local government equipped Emerald Avenue with 93 new LED lights and gave its sidewalks a quick fix. Frankly, the result speaks for itself. Pasig City mayor Vico Sotto claims this is the first time Emerald Avenue has been lit like this.”

Metro Manila is now back under GCQ with heightened restrictions

“Well, that was quick. Metro Manila, along with a handful of other provinces, has returned to general community quarantine (GCQ) with heightened restrictions. This shift comes less than a day after the Department of Health (DOH) confirmed local transmission of the COVID-19 Delta variant.

“The shift takes effect today and will last until July 31. The same heightened restriction from the last time the Inter-Agency Task Force for the Management of Emerging Infectious Diseases placed the NCR under this quarantine classification will apply. Check them out below courtesy of Reportr:

“Ilocos Norte, Ilocos Sur, Davao de Oro, and Davao del Norte have also been placed under GCQ with heightened restrictions until the end of the month.”

“In case you missed it, the Metropolitan Manila Development Authority (MMDA) laid out its reasons for holding off from reimplementing the number coding scheme last week.

“Long story short, the agency believes suddenly reimplementing the measure while the capital’s public transportation system operates at limited capacity could have a negative impact on both commuters’ convenience and safety. This logic, apparently, hasn’t stopped some people from calling for the scheme’s return.

“In a recent interview on SMNI News, MMDA traffic chief Bong Nebrija shared that many of those calling for number coding to be reimplemented actually have spare cars that will allow them to bypass the measure.

“Looking forward to trying out the new Rockwell Bridge? Yeah, so are we. Unfortunately, the structure’s opening has been moved to August instead of within July. But that doesn’t mean we’re looking forward to using it to avoid EDSA traffic any less.

“Department of Public Works and Highways (DPWH) head Mark Villar recently posted a quick preview of the new piece of infrastructure, also referred to as the Estrella-Pantaleon Bridge, on his Facebook page.

Taft Avenue submerged in flood after recent downpour due to Habagat

“The rains have been pouring damn hard these past several days mainly due to Habagat and partly because of Typhoon Fabian, leaving several areas around the Philippines—specifically, Metro Manila—submerged in floods.

“Taft Avenue in Manila City was one thoroughfare that was heavily affected by the heavy rains. Residents from the area would know that a submerged Taft is nothing new, but these recent floods were worse than the usual.

“Below are a few photos from yesterday. The first one was taken near the De La Salle University, while the second at the Taft Avenue-United Nations intersection. These are photos from opposite ends of the road, and they tell the entire story. 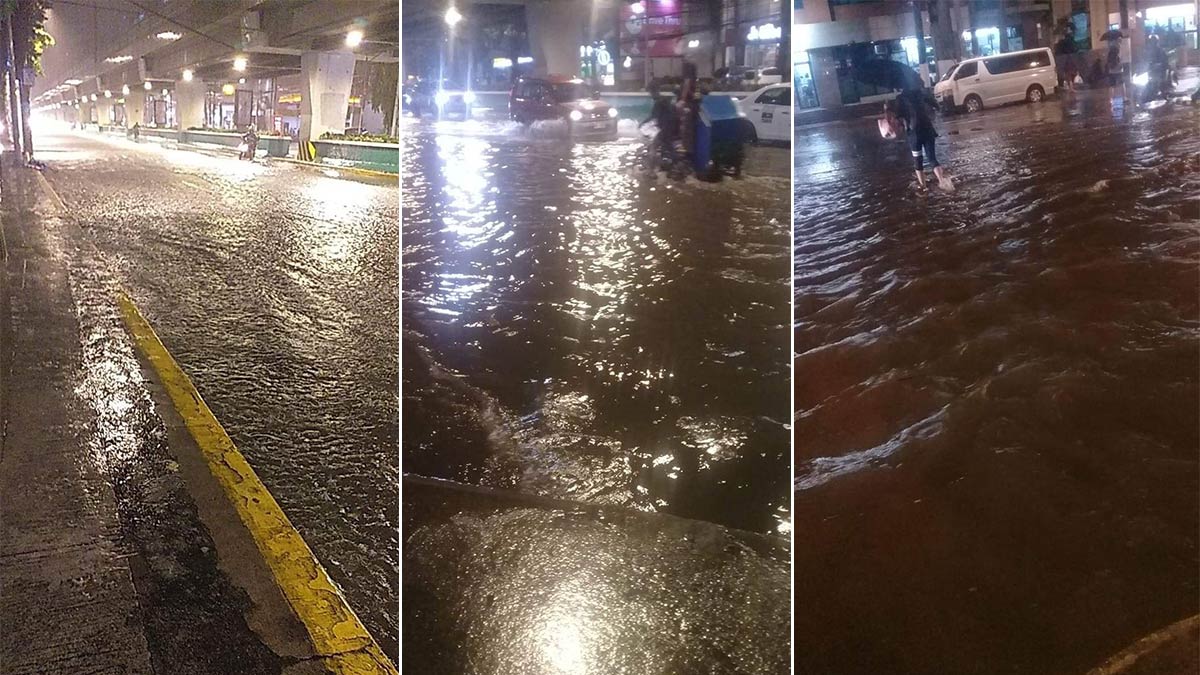 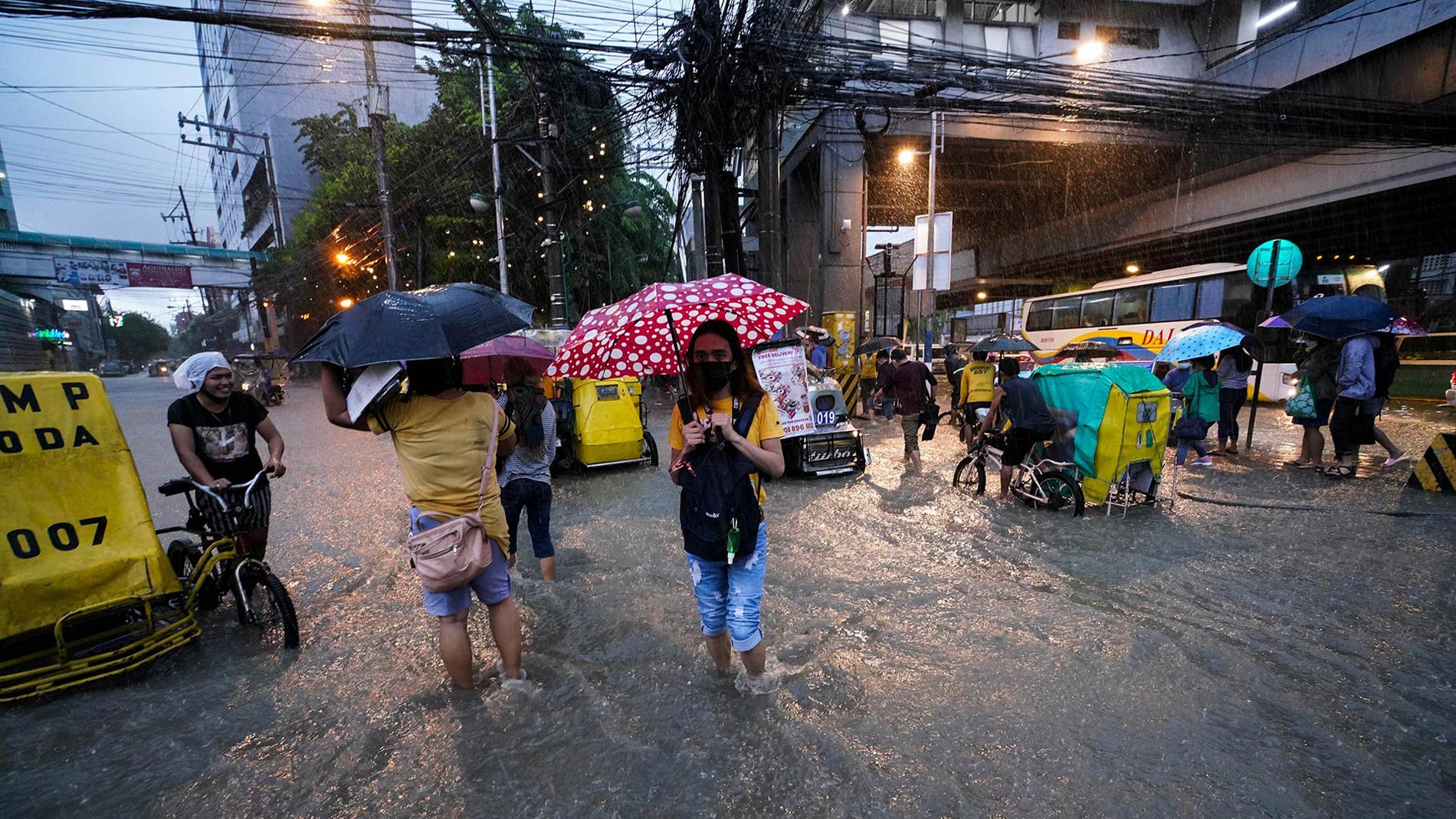 “Both the downpour and the floods have subsided since these images were taken, but the rains are still expected throughout the weekend. Of course, we advise all of you who plan to head out to still observe caution and to plan your routes and schedule your trips accordingly.

“We’ve also listed below some tip sheets that drivers, riders, and commuters may find helpful when braving heavy rains and floods. Look:” 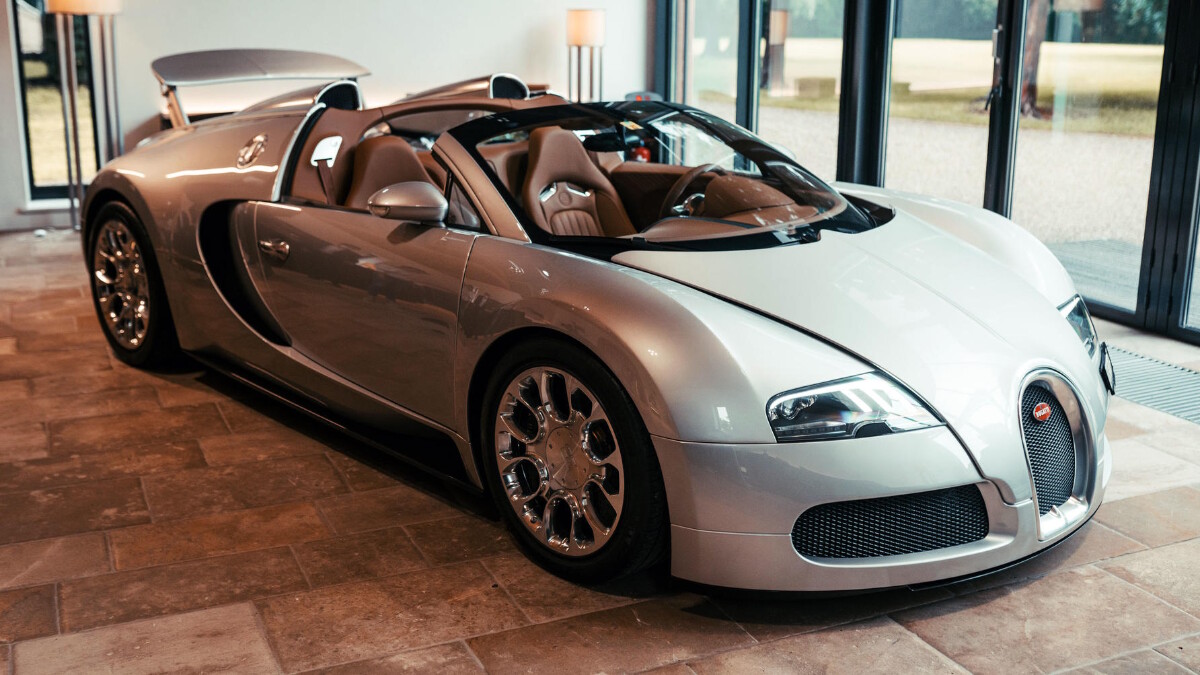 The very first Veyron Grand Sport has been lovingly restored by Bugatti
View other articles about:
Read the Story →
This article originally appeared on Topgear.com. Minor edits have been made by the TopGear.com.ph editors.
Share:
Retake this Poll
Quiz Results
Share:
Take this Quiz Again
TGP Rating:
/20