The Beep issue gets a resolution

“The first couple of days of the EDSA Busway’s ‘No Beep card, no ride’ policy was anything but smooth. Confusion surrounding the tap-to-pay card itself—and, perhaps more important, the added cost commuters had to shoulder—led to widespread criticism. So much so that the Department of Transportation (DOTr) decided to suspend the policy’s implementation until the Beep card service provider did something to address the latter issue.

“After initially refusing to accommodate the DOTr’s request to do away with its cards’ initial fee, Beep consortium AF Payments Inc. (AFPI) has had a change of heart. The DOTr has announced that the company will now be supplying the EDSA Busway with 125,000 free Beep cards to lessen the financial impact on commuters.

“The agency added that the long-term plan for the EDSA Busway is to implement a ‘QR-based electronic ticketing system,’ with commuters paying for fares with ‘virtual tickets.’ According to the DOTr, this option was considered long before COVID-19 hit, and that the agency has the means to implement such a setup.

“‘With the use of a smartphone app and/or through online, passengers of vessels can now buy virtual tickets,’ the agency explained. ‘As this is a contactless technology, commuters are best assured of proper social distancing needed to prevent transmission of the coronavirus.’

“By the way, it’s important to know that the Beep cards being used on the EDSA Busway are not the same as the BeepRides cards being utilized by some PUV operators. You can read more about the differences between these two tap-to-pay options here.”

“Commuters must pay only for the load amount on their tap-to-pay cards for public transport, and should not be charged for securing or using the cards, the Land Transportation Franchising and Regulatory Board has announced. The policy directive from the regulator follows an order from President Rodrigo Duterte to make Beep Cards free, following commuter uproar over added costs on top of the cost of the ride itself.

“The LTFRB is coordinating with automated payment providers to come up with a solution, like enlisting multiple service providers that are open to integration and interoperability. ‘The safety of the commuting public has always been our priority whenever LTFRB implements its policies, especially during this pandemic,’ says LTFRB chairman Martin Delgra III. ‘Despite the unfortunate circumstance, the agency will continue to strengthen its enforcement of safety guidelines until such time that the cashless payment in the EDSA Busway route will resume.’”

The MMDA will address the issues flagged by COA

“Last week, the Commission on Audit’s (COA) annual report on the Metropolitan Manila Development Authority (MMDA) revealed that in 2019, the traffic management agency failed to register over 75% of its vehicles, including motorbikes and trucks, with the Land Transportation Office (LTO). The MMDA says it isn’t sitting on its hands regarding this issue.

“In a statement released over the weekend, MMDA chairman Danny Lim provided an explanation for the COA findings, and assured the public that the agency is already working on addressing them.

“‘As regards the recent findings of the COA on the unregistered vehicles of MMDA which the commission flagged, we would like to assure the public that we are handling this matter seriously and taking serious measures to immediately address the issue,’ Lim said.

“Lim also explained that the unregistered vehicles flagged by COA include unused vehicles awaiting repair or disposal. He added that the MMDA is already fast-tracking the procurement of parts to ready these vehicles for LTO registration.

“The steps that the MMDA is taking to address the issue include ensuring all official vehicles are registered before LTO fines kick in, and requesting for funding to repair vehicles or replace them if needed.”

“Google Maps is rolling out an update to its Live View feature that makes it more intuitive to use and more reliable as a means of street-level navigation. The feature, which was launched by the tech giant last year, essentially uses augmented reality (AR) to provide users with a first-person view of their surroundings—complete with markers, arrows, and directions.

“One of the first things the new update does is make Live View more accessible in a variety of locations. In some places, you can open it from the app’s transit tab. While the previous version already supported transit, the feature will now cover walking portions of trips as well. This makes navigating more seamless, letting travelers jump from train to foot on Live View in an instant.

“Android and iOS devices will soon also support Live View’s location-sharing feature, something which was previously exclusive to just Pixel users. Basically, if a friend sends you a location, you can use the feature to see his or her surroundings, as well as receive directions to meet with them. In a similar fashion, you’ll be able to tap landmarks and navigate towards them using AR, too.

“Lastly, the new Live View will feature more accurate pin placement which will now take into account topography and elevation. This is a relatively subtle change, but one that should come in handy in destinations like San Francisco that feature winding streets and plenty of hills.

“Google says users will begin seeing these changes and features in the coming weeks. The Landmarks feature is already available in 25 cities across the globe, including London, Los Angeles, Madrid, Milan, Munich, New York, Osaka, Paris, Sydney, and Tokyo.”

“Multiple reports state that the fire erupted in the electrical room of the station around 5:30am. According to the LRTA’s announcement, this was caused by a burnt UPS (uninterruptible power supply). It said that authorities are still investigating the matter as of this writing. As mentioned, operations will be suspended, but the LRTA has assured that the trains will be back up and running as soon as it has verified that no other equipment was affected by the incident.

“Just a little over a year ago, a fire took place between the train line’s Katipunan and Anonas stations. Take note that the LRTA said back then that the repairs could take at least nine months. There’s no telling now how this incident will affect the ongoing repairs and how much it’ll set the current progress back.”

“LTO chief Edgar Galvante has extended the validity of the suspension order on the plate-related provisions of Republic Act (RA) No. 11235, otherwise known as the Motorcycle Crime Prevention Act, for another 60 days.

“Based on the memorandum order he signed on September 30, Galvante directed LTO officials and employees not to implement the act, more popularly known as the ‘doble plaka’ law, until November 30, 2020. The first suspension order was originally scheduled to expire on August 30.

“Galvante cited the prevailing pandemic and the need to update vehicle records as per the law’s implementing rules and regulations (IRR). For more information, you can read about the IRR here.

“Earlier, the LTO had also cited the unavailability of license plates for motorbikes as among the reasons it suspended this controversial measure’s implementation. Despite this ruling, LTO officials are advising owners of recently purchased used motorcycles to update the registration papers of their units with the agency.”

Are we going to see motorcycle taxis back on the streets soon?

“National Task Force (NTF) Against COVID-19 chief implementer Carlito Galvez Jr. revealed that President Rodrigo Duterte had been informed of the official recommendation of the Inter-Agency Task (IATF) for the Management of Emerging Infectious Diseases to allow the resumption of motorcycle-taxi operations in view of the public-transport shortage the country is facing.

“Then under close monitoring by a technical working group (TWG) formed by the DOTr, the second pilot run for Angkas and two other accredited ride-hailing firms—JoyRide and Move It—expired in March, or almost the same time the COVID-19 quarantine started. Many motorcycle-taxi riders were soon forced to shift to delivery services that offer a smaller revenue.

“Anticipating the President’s nod, Galvez said they will start coordinating with Congress for the return of motorcycle taxis to the streets.

“The latest Malacañang official to support this move is Presidential spokesperson Harry Roque, who disclosed the past week that the President will hold a full Cabinet meeting on Monday, October 12, to discuss government plans and programs for the reopening of the economy.”

Here’s where you can get Autosweep RFID stickers this month

“Top Bikes Philippines was able to get a copy of the updated schedules for free Autosweep RFID sticker installation. Autosweep, which is under San Miguel Corporation, actually started its RFID sticker caravan on September 11, or just a couple of weeks after the DOTr ordered the Toll Regulatory Board (TRB) to oversee the transition to cashless transactions on toll plazas to prevent the spread of COVID-19.

“Instead of waiting until the last minute, get your RFID stickers now before the tollways go completely cashless on November 2, 2020. For a list of where you can get Autosweep RFID stickers this month, click here.”

In addition, BMW Philippines is also hosting an RFID installation site at RSA Motors Alabang today, October 11. If you already have an Autosweep RFID and would like to know how to reload your account, here’s our tip sheet for that. 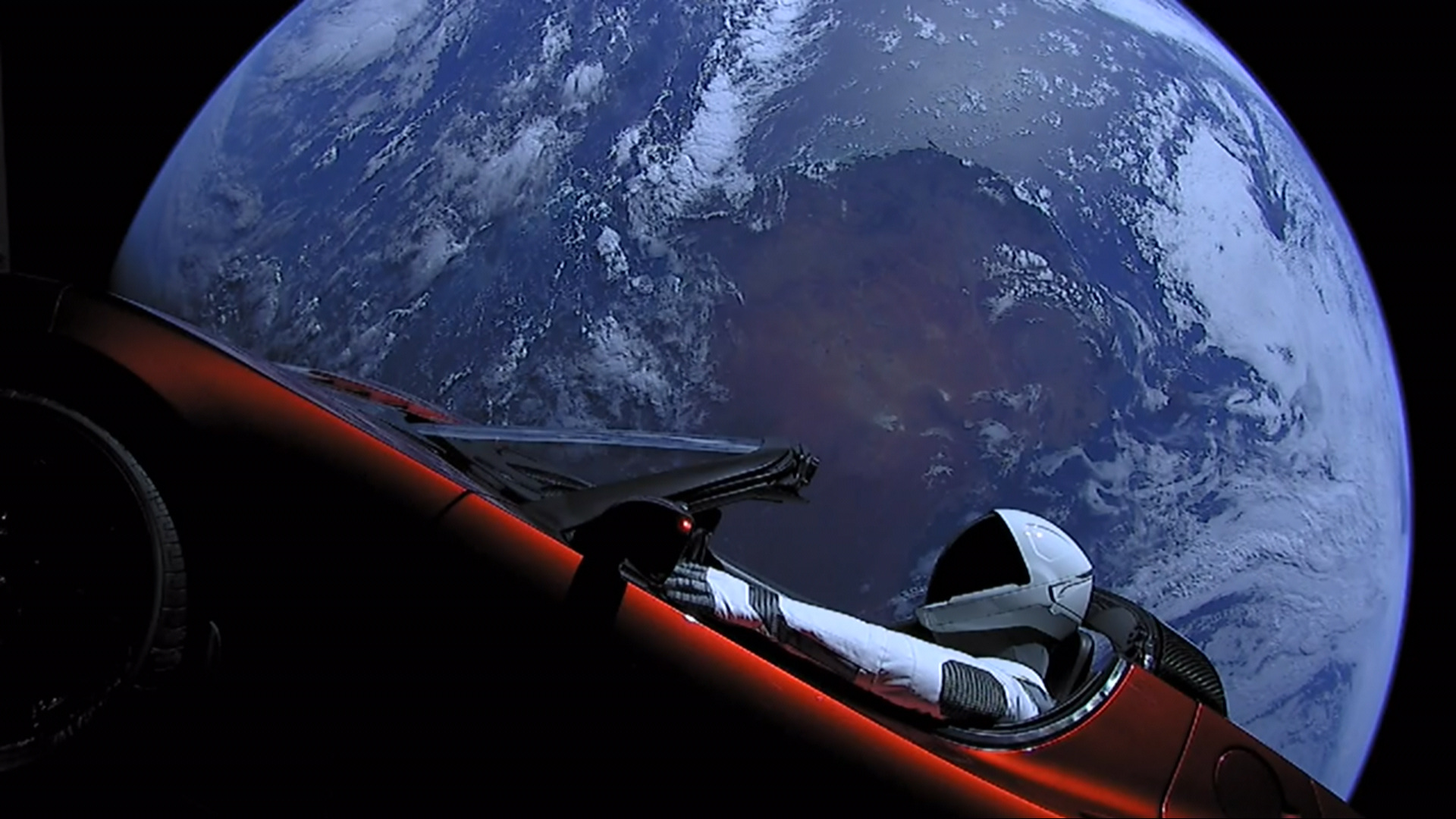 Tesla Roadster SpaceX launched into space makes ‘close approach’ to Mars
View other articles about:
Read the Story →
This article originally appeared on Topgear.com. Minor edits have been made by the TopGear.com.ph editors.
Share:
Retake this Poll
Quiz Results
Share:
Take this Quiz Again
TGP Rating:
/20